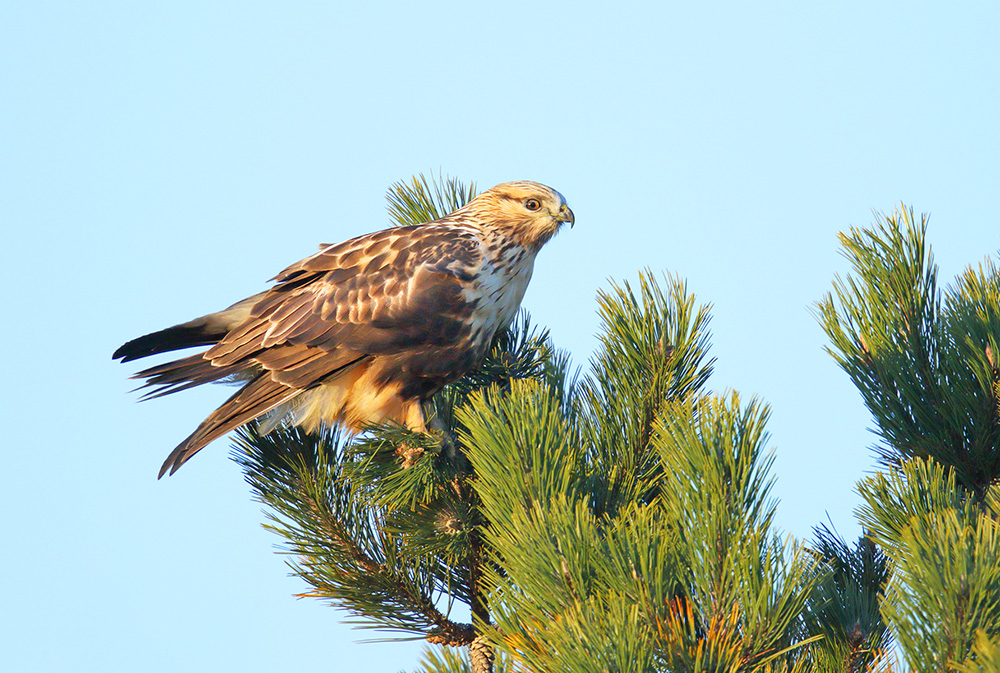 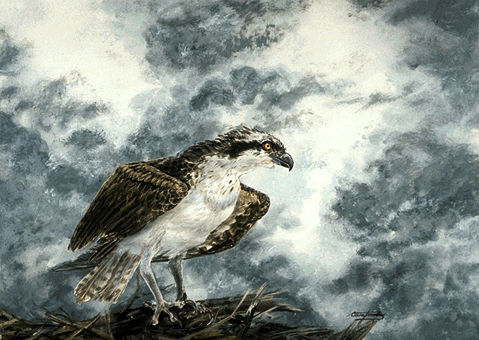 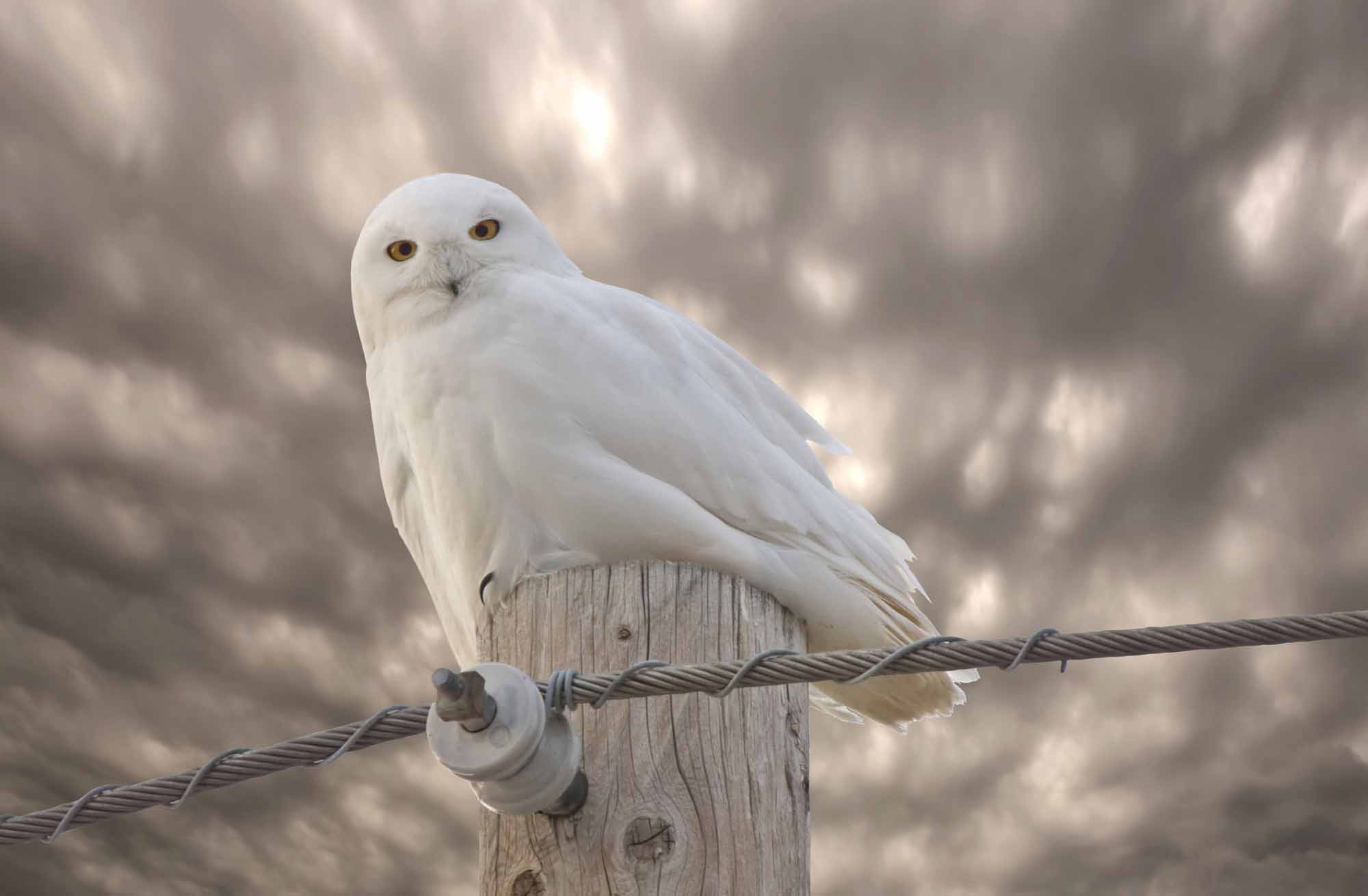 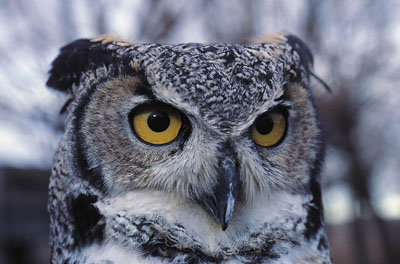 Great horned owl numbers rise and fall with the 10-year cycle of its favourite prey, the snowshoe hare (photo by Brian M. Wolitski).

Birds of prey could be defined as birds that prey on other living animals; however, the term is usually reserved for species with hooked bills and large, strong, sharp talons. These birds include hawks, eagles, falcons and their relatives (order Falconiformes) and owls (order Strigiformes). Representatives of both orders are found almost worldwide. Although these groups are distantly related, their behavioural and anatomical similarities appear to result from parallel evolution. Some significant differences result from the diverse strategies required by day-hunting and night-hunting birds. 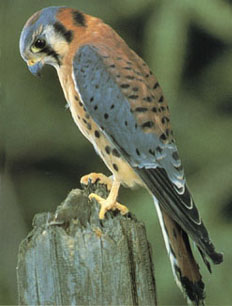 Also called a sparrow hawk, the kestrel is the smallest, most widespread, and most colourful falcon, living in open spaces and cities (photo by Pierre Bernier/Gouvernement du Québec). 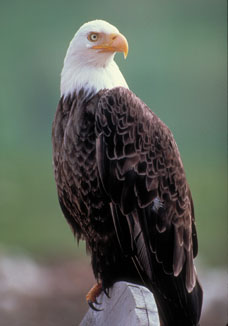 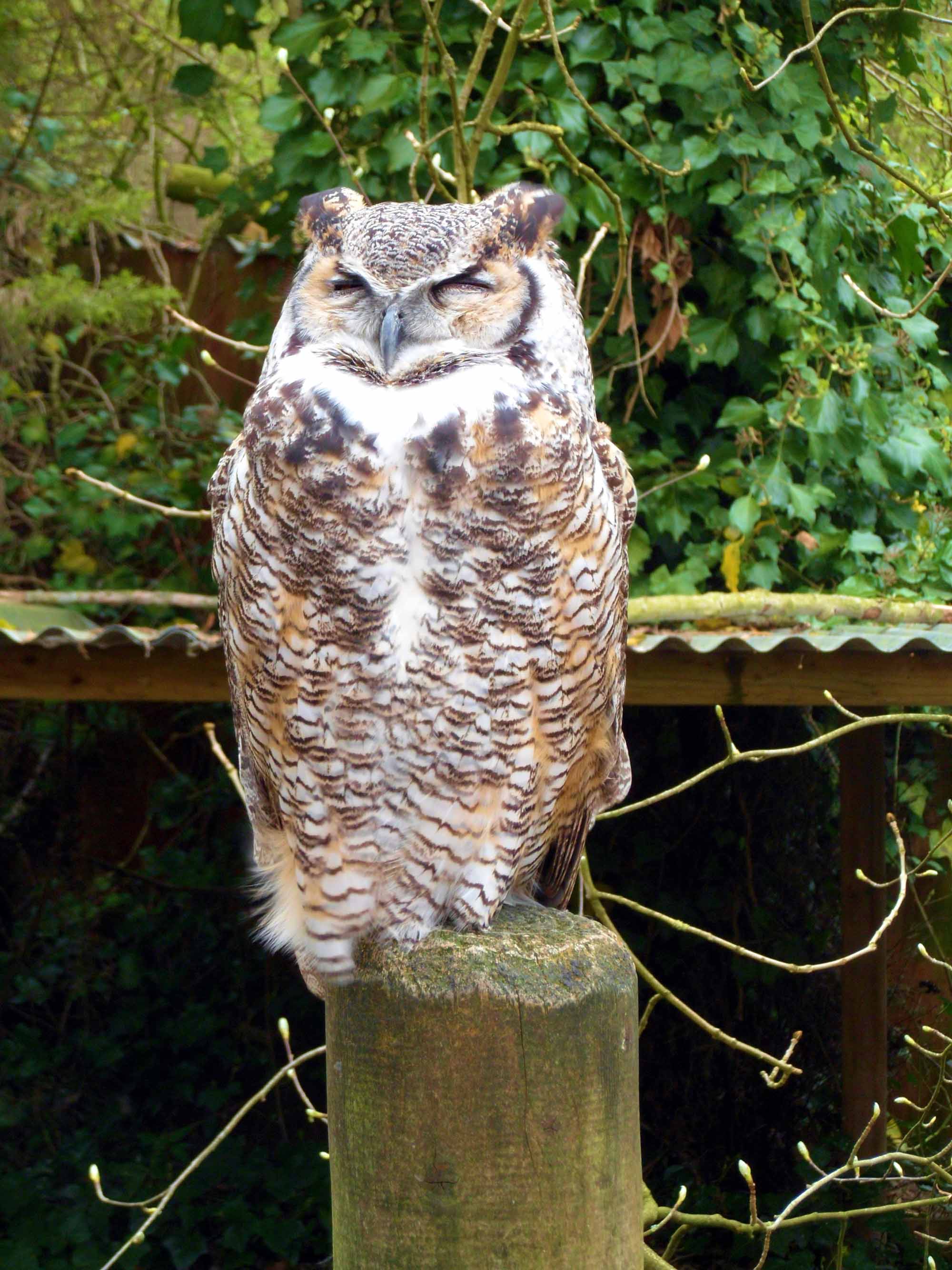 This order includes over 300 species of mostly diurnal hunters. They are grouped into 5 families: the Cathartidae, comprising the 7 living New World vulture and condor species, all principally carrion feeders; the Falconidae, 63 species including the caracaras, forest falcons and falcons; the Sagittariidae, a single species of secretary bird (Sagittarius serpentarius); the Pandionidae, a single species of osprey (Pandion haliaetus); and the Accipitridae, 219 species of kites, eagles, Old World vultures and hawks.

Although many of the Falconiformes are superficially alike, each family is highly specialized and individuals vary widely in habitat requirements and food preferences.The birds range in size from the diminutive falconets, barely larger than sparrows, to the giant condors, with wingspans exceeding 3 m. All have keen day vision; many are fierce predators, spotting small animal prey while in flight or perching and then swooping to kill.

The turkey vulture (Cathartes aura) is the sole representative of the Cathartidae to breed as far north as Canada. The falcons are well represented in the Northern Hemisphere; 5 species breed in Canada. They are most easily identified in flight by their long, pointed wings and rapid flight. The only pandionid, the osprey, a fish-eating bird, breeds in Canada.

The Accipitridae are represented by one species of kite, 2 eagles and 10 "hawks." Hawk is a general name given to several predatory birds that are smaller than eagles. The Canadian hawks can be subdivided into 3 species of forest hawks; 6 buteos, large, soaring hawks; and one harrier, ground-nesting hawks of open fields and marshes.

Owls have superb night vision made possible by enormous pupils and light-efficient retinas. The large eyes do not move in their sockets, but an owl can rotate its head more than 180°. Acute hearing allows an owl to locate its prey by sound, as when a great grey owl (Strix nebulosa) plunges through deep snow to catch mice it cannot see. Soft feathers permit almost noiseless flight.

Sixteen species are represented in Canada; one in family Tytonidae, 15 in family Strigidae.