'We'll Rant and We'll Roar Like True Newfoundlanders'. This lively song recounting a young fisherman's love affairs is a Newfoundland offshoot of the widely known English capstan shanty 'Spanish Ladies,' which described the landmarks sighted during a passage through the English Channel. Pacific whalermen remade the shanty to tell of the 'Talcahuano Girls,' with a chorus: 'We'll rant and we'll roar like true Huasco whalesmen,' and Australian drovers adapted it to voice their farewells to the 'Brisbane Ladies.' The Newfoundland version is credited to Henry W. LeMessurier, deputy minister of customs in St John's. He borrowed some stanzas from the whalers' version and composed the rest ca 1875. James Murphy printed it as 'The Ryans and the Pittmans' in his Old Songs of Newfoundland in 1912, and Gerald S. Doyle included it in his Old-Time Songs and Poetry of Newfoundland in 1927. It appears in many later song collections and on various records, including Folk Songs of Canada (Waterloo CS-3) and Folk Songs of Newfoundland (Folkways FW-6931). Several composers have arranged it, including Godfrey Ridout, whose SATB setting was published by Waterloo in 1958 and recorded by the Powell River Academy Singers (P2, cass), and Alfred Kunz, whose TTBB setting was published by Waterloo in 1966. 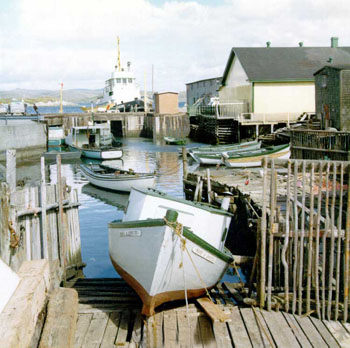