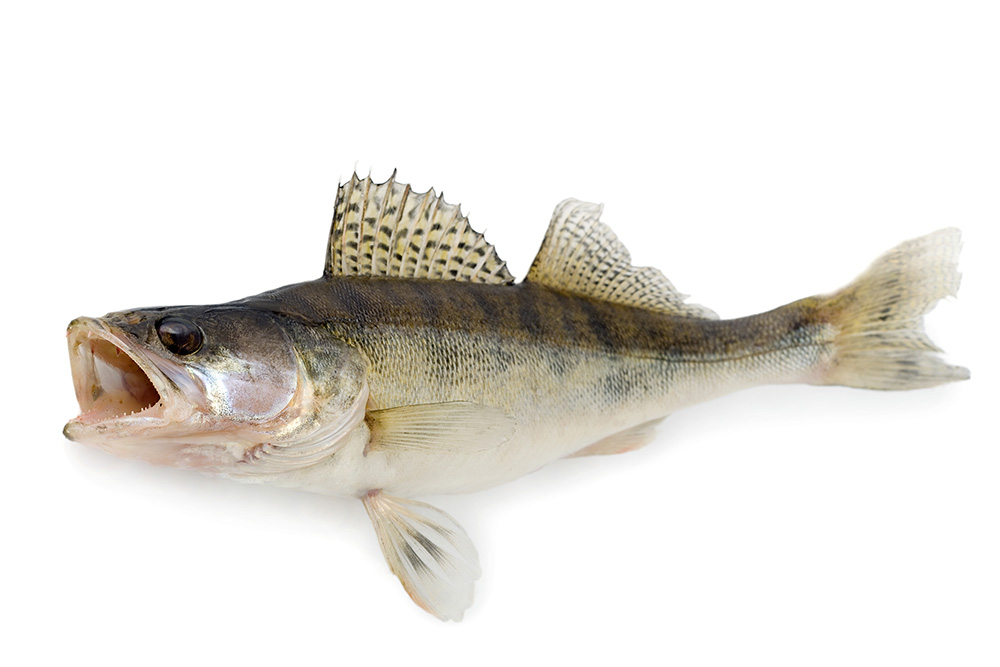 Walleye (Stizostedion vitreum vitreum), moderately large, predatory freshwater fish of the family Percidae (order Perciformes). Other common names include yellow walleye, pickerel, yellow pickerel, pikeperch, doré or doré jaune. Walleyes should not be confused with true pickerels, family Esocidae. They occur in fresh waters from the mouth of the Mackenzie R to near the Gulf of Mexico. In Canada they are found from southern Québec to northeastern BC and N to the mouth of the Mackenzie R.

Walleyes have a bluntly pointed head, a mouth well armed with teeth and 2 dorsal fins (the first with sharp spines, the second without). Their eyes are specially adapted to low light intensities. Walleyes are bright golden to brownish green, with darker markings; the lower tip of the caudal fin is milk white. Walleyes are adapted to prey on other fishes.

Walleye is probably the most economically important species of fish in Canada's inland waters, being prized summer and winter for its delicious white flesh. The closely related sauger (S. canadense) is somewhat smaller and has a more restricted range (Québec to Alberta). It is also a popular sport fish.