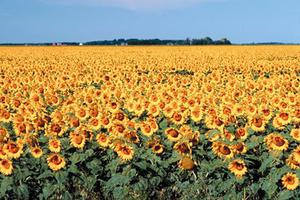 The vegetable oil industry is made up of companies that manufacture oils and their by-products, such as linseed, SOYBEAN and CANOLA oil cake and meal. This industry, the youngest sector of Canada's FOOD AND BEVERAGE INDUSTRIES, did not exist before the early 1940s, as most of Canada's edible oil needs were met by imports. WWII provided the impetus for development, as most of the Allied nations, facing a critical shortage of imported fats, particularly vegetable oils, increased efforts to fill their needs domestically.

Soybeans were grown for the first time in southern Ontario; commercial SUNFLOWER production began in Manitoba and Saskatchewan, and a new seed, Black Argentine rapeseed, was planted for the first time. The initial reason for growing rapeseed was to provide desperately needed high-quality marine lubricants for the Allied fleets. After the war, interest in OILSEEDS (especially rapeseed) almost disappeared. 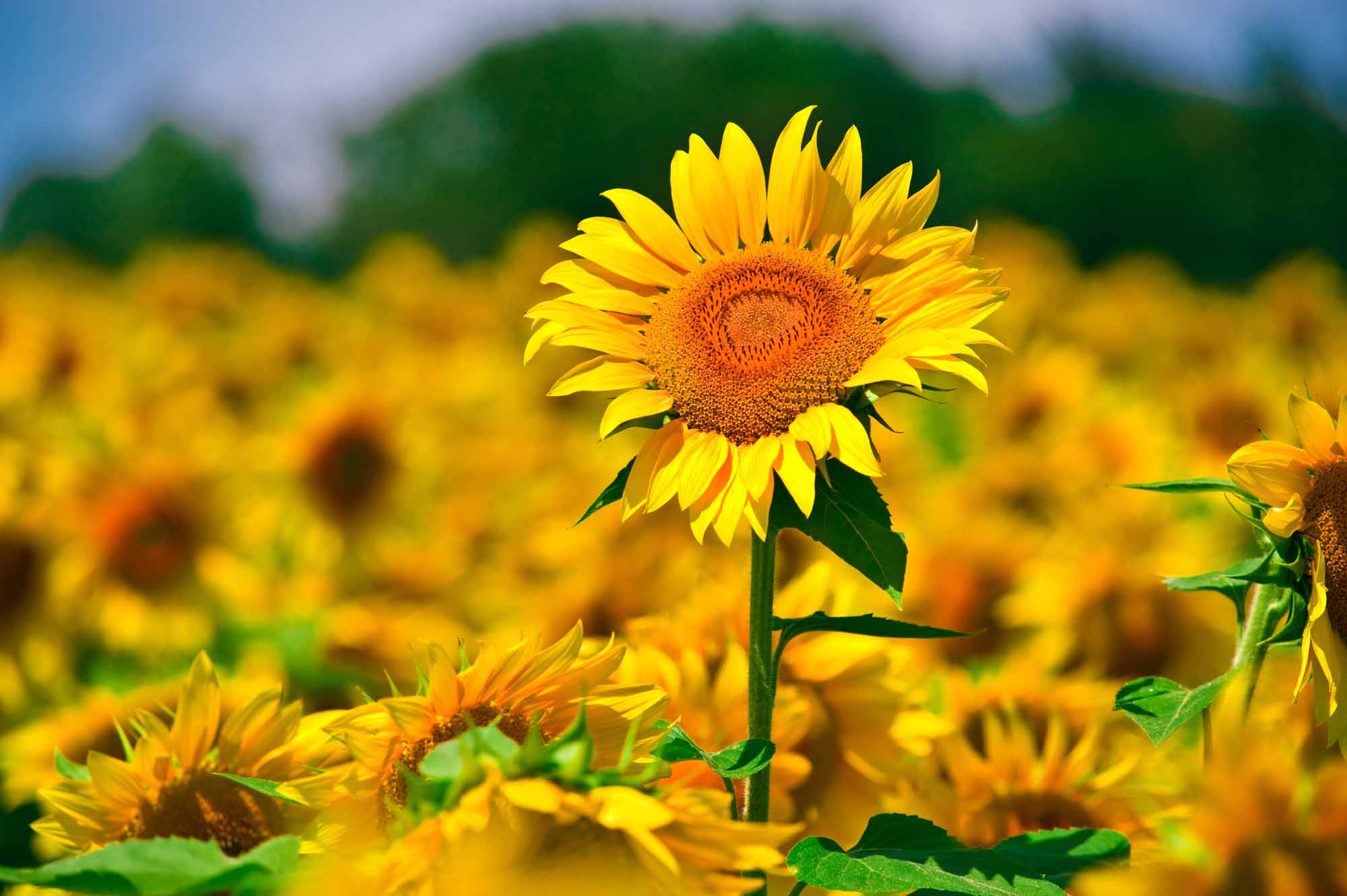 Sunflower in full bloom in field of sunflowers on a sunny day. Photo taken on: September 11th, 2010
PreviousNext

In the case of rapeseed, existing varieties were not well suited to producing oil for human consumption or meal for animal feed. The seeds contained high levels of 2 undesirable components, erucic acid (associated with heart lesions in laboratory animals) and glucosinolate (which causes enlarged thyroid glands and poor feed conversion in livestock).

However, Canadian agricultural and food scientists, working for the federal Dept of Agriculture and several Canadian universities, began an intense research program, and their accomplishments were remarkable. By 1956 the first improved rapeseed oil for human consumption was being manufactured; by the early 1960s erucic acid had been almost completely removed; and by the early 1970s the glucosinolate content had been dramatically reduced.

The new rapeseed varieties, now called canola, were fully accepted in the world's oilseed markets. The achievement was one of Canada's most spectacular AGRICULTURAL RESEARCH success stories. Canola oil and meal have achieved international recognition as an excellent source of human food and livestock feed; canola now provides most of the vegetable oil consumed in Canada. Export sales of edible vegetable oils are now worth about $500 million a year and will unquestionably increase substantially in future.

Similar research, which is being done on soybeans to develop varieties that can be grown in cooler areas of Canada, has resulted in a steady increase in Canadian soybean production. Research has begun on reducing the erucic acid and glucosinolate content of mustard seed to create a new oilseed crop, and on using mustard meal as livestock feed.

In 1997 total vegetable oil produced in Canada was 1.7 million t. Canola oil accounted for 83% of this and soybean oil for about 16%. Flaxseed, mustard seed and sunflower seed oils made up the difference. To date, almost all the canola oil used in the US is either imported from Canada or produced from Canadian-grown canola seed.

The industry is represented by the Vegetable Oil Industry of Canada in Toronto and is also involved with the producer organization, the Canola Council of Canada in Winnipeg. It must comply with regulations administered by Agriculture Canada, Health and Welfare Canada, and Consumer and Corporate Affairs Canada.