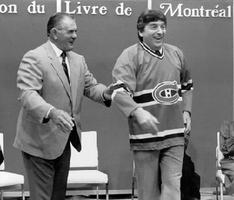 Carrier's extraordinary talent as a storyteller has gained him a reputation in Québec and abroad.

La Guerre, Yes Sir! (1968), a surreal nightmare vision of Québec's Second World War conscription crisis, made Carrier's reputation in Québec and abroad. His extraordinary talent as a storyteller was confirmed with Floralie, où es-tu? (1969) and Il est par là, le soleil (1970), which brought back some of the characters from La Guerre, extending Carrier's thematic exploration of war, nationalism and French Canadian nationalism, sexual repression, exploitation of "the little guy," French Canadians' distrust of the "Anglais," and the hold of the Catholic church over Québec. This trilogy presents a search for meaning in life and death, a search that permeates all Carrier's work. De l'Amour dans la feraille (1984; Heartbreaks Along the Road, 1987) focused on the Duplessis era and was his longest and most ambitious novel.

Carrier has also produced a considerable amount of work for children, and work written from the perspective of a child that can be read as children's literature. His most famous work is The Hockey Sweater, originally a short story published in the collection Les Enfants du bonhomme dans la lune (1979). Republished in 1984 as The Hockey Sweater, it has been read by millions and watched by millions more in the form of The Sweater, the NFB short film adaptation. A sequel, The Boxing Champion, was published in 1991. The poignant, child-narrated Prayers of a Very Wise Child, published first in French (1988) and later in English, won the Stephen Leacock Memorial Medal for Humour (1992). Further works for children, published in both French and English, include A Happy New Year's Day (1991); The Longest Home Run (1993); The Basketball Player (1996); and The Flying Canoe (2004).

Individually and collectively, these works bear eloquent witness to Roch Carrier's rich imagination and desire to keep developing his narrative technique and themes, even though he continues to stress cherished topics. His career is notable for his frequent collaboration with translator Sheila Fischman, who has translated many of his works for adults and children into English. Carrier was appointed an officer of the Order of Canada in 1991, and is a Fellow of the Royal Society of Canada.

In addition to his own writing, Carrier maintained a successful career as an arts advocate. He was the director of the Canada Council for the Arts from 1994 to 1997. In 1997, he was named National Librarian of Canada. Under Carrier's guidance, the National Library of Canada addressed many problems facing contemporary libraries, such as inadequate housing for the vast amounts of existing print material and the costs associated with access to digital media. In response, Carrier initiated the Digital Library of Canada, an online database that contained digitized copies of some of the most significant national treasures in an effort to increase access to all Canadians regardless of geographic location. The barrier of user fees was also removed from Canada's national bibliographic database, AMICUS. Carrier's term as National Librarian ended in 2004 when the National Library and the National Archives of Canada merged to become Library and Archives Canada, but his legacy as Canada's last national librarian remains in many of the policies and activities of the new institution.