This article was originally published in Maclean’s magazine on January 30, 1995. Partner content is not updated.

This article was originally published in Maclean’s magazine on January 30, 1995. Partner content is not updated. 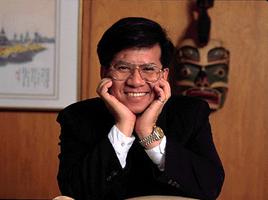 The learning curve for Raymond Chan turned into a brick wall at the desk of Sheila Finestone. As a vocal human-rights advocate in Richmond, B.C., Chan had insisted before his election to Parliament in October, 1993, that the federal government pay cash redress to victims of the "head tax" that Ottawa levied on Chinese immigrants early in the century. After Prime Minister Jean Chrétien made him Canada's first secretary of state for Asia-Pacific affairs, and the first Asian ever elevated to the Privy Council, he lobbied cabinet on behalf of redress. In the end, he took his argument directly to Finestone, the minister responsible for the decision. As a Jew, Finestone had every reason to sympathize with racial justice. But Chan listened as Finestone instead itemized the public cost if the government were really to settle with cash every injustice committed in its name over 127 years. The Italians wanted $100 million, she noted, the Ukrainians $370 million, to say nothing of native demands. "As I learned more about the history of Canada," Chan says, "I was convinced that if we have to start redressing everyone, there is no end to it."

Explaining his reversal on the emotionally charged question to Chinese constituents has been one of the most painful of the lumps that Chan has taken during his first year in a job with more profile and potential than real power. As designated cultural bridge-builder between Canada and Asia, the 43-year-old father of two young children has dutifully logged tens of thousands of air miles selling Canada to potential trade partners in capitals and financial centres across Asia. Working to overcome an initial impression among caucus colleagues that he was politically green, Chan has logged yet more miles within Canada, selling the Liberal government's Asian strategy to business audiences and - a somewhat tougher task - its immigration reform to ethnic groups.

Those services to the party, and a well-modulated performance at Chrétien's elbow during last November's highly successful Team Canada trade visit to China, Ottawa handicappers say, have secured Chan's job as the government settles into its mandate. But if the former engineer and restaurateur has for the most part caught on quickly to political realities, he also faces new and more sharply defined challenges ahead.

The most difficult job will be to persuade senior cabinet ministers to spend more of Ottawa's diminishing budget on developing trade with Asia. "Having made a big impact with Team Canada, we have to be in there with a very big follow-up," asserts Wilson Parasiuk, chairman of the B.C. Trade Development Corporation, who is often on the phone to Chan's Ottawa office. Another critical test will be how fast Chan the politician masters his tendency to wallow when defending the government on subjects remote from his own portfolio. After an especially weak performance on the gun issue in front of a riding audience in December, one veteran Liberal who helped Chan in his 1993 campaign observed: "In terms of British Columbia, there are clouds on the horizon."

There were no clouds on the day that young Raymond Chan first laid eyes on British Columbia. "It was green, just like a suburb," he recalls, marvelling at his first glimpse of Vancouver, at age 17 in 1969. A year later, Chan graduated from high school and entered an engineering program at the University of British Columbia. Interrupting his education, Chan started the first of two successful restaurants in 1974. He married Maureen, his high-school girlfriend, the following year (the couple have two children, Christina, 11, and Justun, 7).

But by 1977, Chan had completed his UBC engineering degree and found professionally challenging work at the university-operated TRIUMF nuclear research centre. Former division head Kenneth Dawson, now retired, remembers the eager young research engineer as "an idealist." Said Dawson: "He threw himself into things with great force and enthusiasm, then tempered his idealism when he saw what was really going on."

Outside the lab, Chan's idealistic streak carried him into social activism. He became the chairman of a Vancouver society supporting the pro-democracy movement in China. In January, 1991, the Canadian engineer was among a small group of activists who slipped into China to contact fugitive dissidents over several days before being detained by Communist authorities and expelled. The experience left him emotionally drained. Coming at the same time as financial setbacks in his restaurant business, it briefly tipped Chan into a personal crisis. Part of his emotional rebuilding, Chan attests, was a decision in 1992 to join the Vancouver Chinese Mennonite Brethren Church. He and Maureen and their children still attend every Sunday morning when Ray Chan is in the city.

But for the past year, the family lunch that customarily follows the service has been cut short by the need to deliver Chan to Vancouver International Airport by 2:30 Sunday afternoon. He catches a flight that reaches Ottawa at 11 p.m. The return flight to Vancouver on Thursday gets him home just in time to tuck his children in for the night. In combination with the international travel that Chan's portfolio demands, it is a brutally gruelling schedule. It is compounded by allergies that leave Chan susceptible to the heavy air pollution of many Asian cities, as well as to the massed floral displays that are an essential part of political head tables on every continent. Admits Maureen: "I'm worried for Raymond's health."

Stamina may be Chan's greatest asset in overcoming the initial skepticism that he inspired in some Ottawa insiders however. "He was a complete neophyte," acknowledges Vancouver-based political communications consultant and Chan campaign strategist Tex Enemark. "He really didn't know anything about Ottawa or how the federal cabinet worked or that kind of stuff." For his own part, Chan admits that the biggest surprise in his role has been "the workload, the demands on my time." He adds: "Not only do you have to manage your own portfolio well, you also have to understand major government policy and explain it."

Still, Chan's willingness to do just that, often carrying an unpopular message, has begun to attract other Liberals' attention. He has been an important salesman for Immigration Minister Sergio Marchi's reforms to Canadian entry rules, staunchly deflecting criticism that the changes are discriminatory. "It's easy to cry racism," Chan chides some ethnic audiences. "It's time to be more reasonable."

Chan has further cemented his party credits by wading, selectively, into the icy and unwelcome waters of the national unity debate. In a gesture meant to underscore to separatists the advantages of remaining part of Canada, Chan travelled to Hiroshima in October to lobby Asian members of the International Olympic Committee, who were in the Japanese city attending the Asian Games, on behalf of Quebec City's bid for the 2002 Winter Olympics. "I hope the message gets back to Quebec that the Canadian government, and I as a western Canadian, are helping you out," Chan asserts.

Dutiful slogging through the political trenches and assiduous attention to his briefing books have begun to pay off. As cultural guide and adviser to Chrétien during the Prime Minister's high-profile 18-day trade blitz through China, Hong Kong and southeast Asia last November, Chan clearly impressed his boss. Chrétien consulted the junior minister frequently, introducing him as "my cabinet expert on Asian affairs." Chrétien's confidence means that Chan will likely keep his portfolio after an expected winter cabinet shuffle.

His reward for a solid first-year performance, as a result, may be more bruising months of travelling and still higher expectations. British Columbia's Parasiuk, for one, is looking for signs that Chan can influence Ottawa to back its Asian trade rhetoric with money. "We still have more trade representatives in Boston than in Shanghai," fumes Parasiuk. "It will be interesting to see in a year's time how successful he is at reallocating resources and attention."

Chan will be unable to relax much on his political home ground either. Although Victor Wong, a proponent of redress for the head-tax issue, willingly gives Chan an overall "thumbs-up" for his performance so far, he warns that the sensitive issue has not been silenced. "If we cannot get a made-in-Canada resolution," says the Vancouver activist, "we have to look at making a claim to the United Nations."

Meanwhile, some of Chan's home-town supporters worry about his uneven ability to act as a spokesman for federal policies outside his own area. After angry gun owners critical of new firearm-registration proposals left him tongue-tied at a public meeting in his riding in December, one long-standing adviser grumbled that Chan had "seriously embarrassed himself."

The deep cuts expected in government spending will provide ample opportunity for other missteps in the months ahead, as well as for demonstrating the hard work that is fast becoming a Chan trademark. Still, the junior minister is undismayed. After a year of hectic immersion in the running of Canada, Chan has become as energetic about selling his country at home as he is abroad. "I feel a mission," he declares, "to bring a national perspective to the ethnic community." In a country threatened by separatism in Quebec and single-interest pressure groups almost everywhere, it is a mission that need hardly stop there.