Historically, plank houses were structures built by various Indigenous peoples on the Northwest Coast of Canada, such as the Coast Salish, Kwakwaka’wakw, Nuu-chah-nulth, Nuxalk, Haida, Tsimshian, Gitxsan and Nisga'a. Plank houses varied in size and design, depending on the community. Plank houses still exist in some communities and are used mainly for community and ceremonial purposes. (See also Architectural History of Indigenous Peoples in Canada.)

Historically, plank houses were structures built by various Indigenous peoples on the Northwest Coast of Canada, such as the Coast Salish, Kwakwaka’wakw, Nuu-chah-nulth, Nuxalk, Haida, Tsimshian, Gitxsan and Nisga'a. Plank houses varied in size and design, depending on the community. Plank houses still exist in some communities and are used mainly for community and ceremonial purposes. (See also Architectural History of Indigenous Peoples in Canada.) 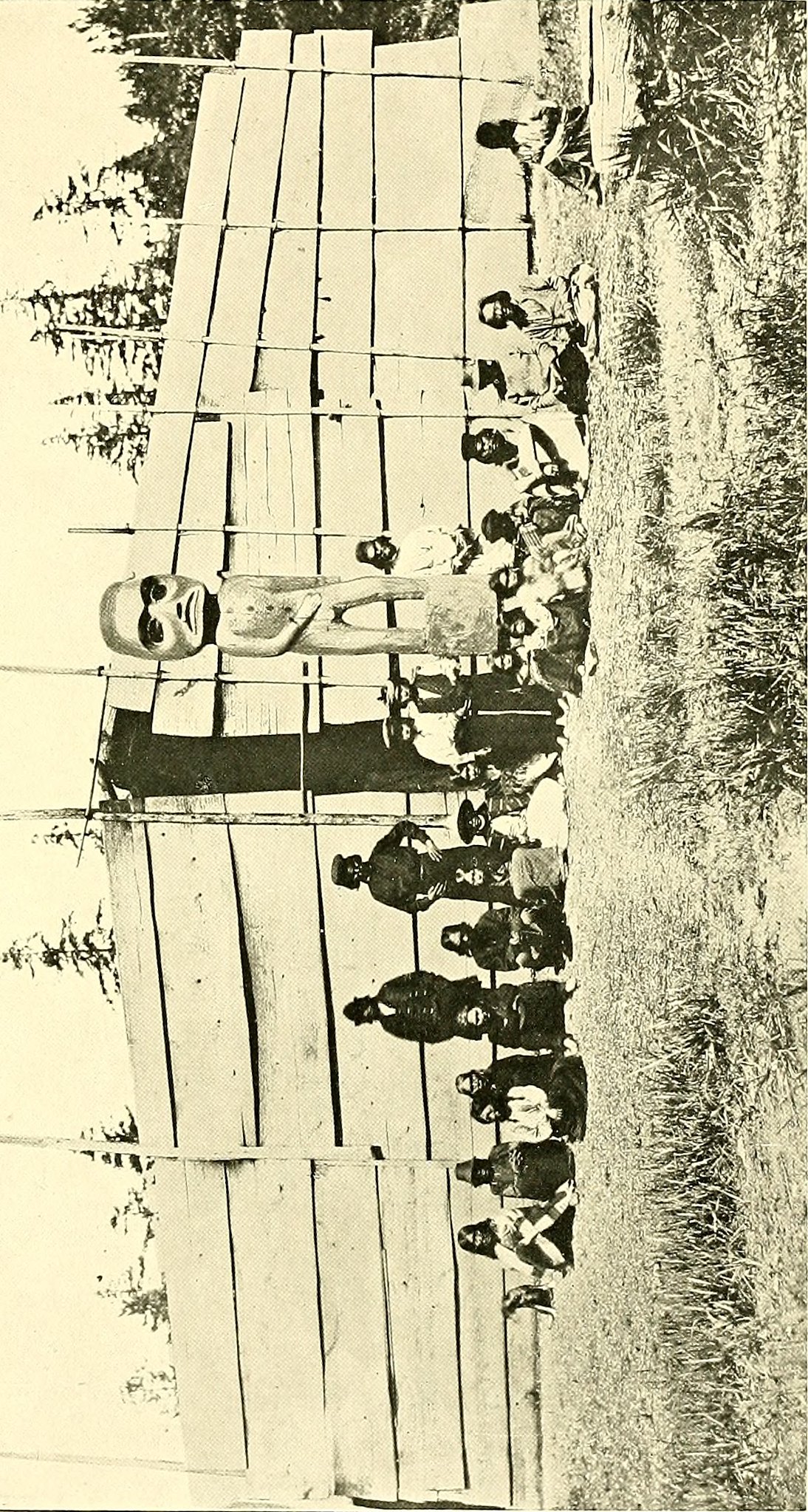 A plank house was a structure used by Northwest Coast Indigenous peoples to shelter extended families. The design and construction of plank houses varied widely. Generally speaking, however, plank houses were square or rectangular in shape and made out of wide planks of wood, often cedar.

Plank houses were found in permanent winter village sites. In the summer, coastal Indigenous peoples lived in either fixed or portable dwellings. They sometimes took the planks that covered the building frames from the winter houses to enclose the frames of summer houses as they relocated to harvest sea mammals, salmon and other fishes, gather berries and hunt.

In addition to accommodation, plank houses served as living expressions of their owners’ prestige, family history and supernatural ancestors. Plank houses were sites of crest carvings and inherited or acquired treasures. Their interiors became the stages for ritual dances and dramas during midwinter festivals, and for gift-giving rituals known as potlatches that enhanced the power of chiefs and reaffirmed social relations.

Plank houses were important expressions of hierarchical cultures on the Northwest Coast. The social structure of large villages included a wealthy elite (made up of chiefs or nobles), a body of commoners, and slaves who were regarded as outside the social order. Noble elites owned most of the houses and dominated the villages. Elites used carved posts (see also Totem Pole), painted screens and painted facades to express their ancestral heritage and social standing.

How were Plank Houses Made?

Each Indigenous nation had their own way of constructing and designing plank houses. However, these buildings shared some structural characteristics. For example, all plank houses used varying forms of post-and-beam construction. This is a way of building that relies on heavy timbers. Plank houses typically made use of large lengths and dimensions of red cedar. Many plank houses were also decorated with motifs and symbols significant to the house owner and First Nation.

Salish-speaking peoples typically developed a shed-roofed variation of the plank house, often known as a shed house or shed roof house. In some instances, Salish villages were made up of many comparatively small individual structures. In other instances, entire villages were made up of plank houses attached lengthwise to create lines that could extend about 46 m in length. Early European observers assumed that these linked houses were single residences that accommodated entire villages.

Nuu-chah-nulth built two variants of the plank house. Those in the north built gabled structures with a single roof beam. (A gabled roof is formed by two sloping sides, making a triangular shape.) Nuu-chah-nulth in the south built shed-roofed houses that bore some resemblance to their Salish neighbours. Their houses occasionally reached 30 m in length and were typically set broadside to the beach.

The plank houses of the Kwakwaka’wakw were essentially square, with sides ranging from 12 to 18 m. Plank houses were arranged according to social rank in rows facing the ocean. The red cedar used to build their homes was believed to carry supernatural qualities. The Kwakwaka’walw carved and painted ceremonial names and design motifs onto architectural elements to enhance the supernatural properties and prestige attributed to the family lineage. (See also Religion and Spirituality of Indigenous Peoples in Canada.)

According to the accounts of early European visitors, Nuxalk villages consisted of plank houses elevated upon pilings. (Pilings are an element of foundation where a vertical structure is driven into the ground).

Haida plank houses were constructed in two primary forms. One was a two-beam house and the more common type was the six-beam house. These houses were framed with two or six large beams running lengthwise, depending on the style. The Haida boldly decorated their plank houses with various culturally-significant carvings.

As in the buildings of many other Indigenous cultures, the houses of the Haida (and the Tsimshian) represented the cosmos. Their plank houses provided symbolic (as well as a literal) accommodation for the spirits of past ancestors and for living. Houses were all known by their names, and their construction was regarded as an important event marked by ceremonial potlatches.

Much like the Haida, the Tsimshian also built a two-beam plank house. Highly characteristic features of both Haida and Tsimshian plank houses were carved house posts and frontal crest columns (See also Totem Pole.) The houses of high-ranking people among both the Haida and the Tsimshian contained central fire pits, with steps leading down from the main floor level.

Plank houses retain cultural value and significance for many First Nations. In some Northwest Coast Indigenous cultures, plank houses are still used for community and ceremonial functions, such as the potlatch. (See also Architectural History of Indigenous Peoples in Canada.) 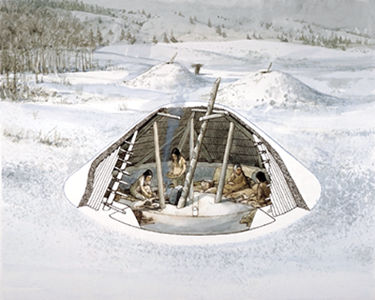