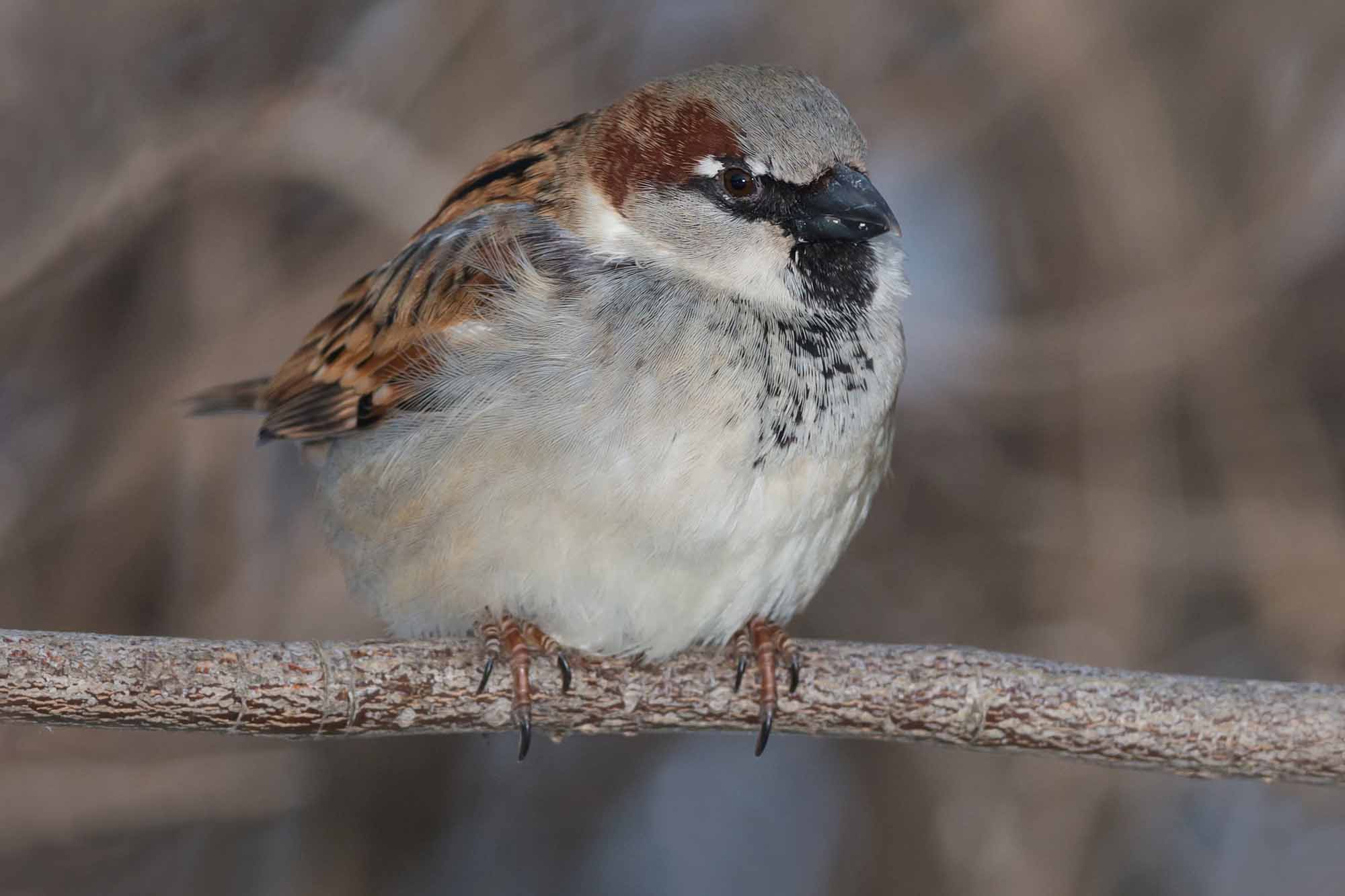 The house sparrow (Passer domesticus) is a small, granivorous and insectivorous songbird with conical bill and chunky body. Males have a grey crown, black bib, streaked-brown upperparts and greyish white underparts; females are grey-buff overall. The song is repetitive, metallic and unmusical.

They are English sparrows (not related to North American sparrows but rather to African weavers) and were introduced 1850-52 from Europe to Brooklyn, NY, to control insect pests.

Through subsequent introductions and dispersals, the species spread across North America, reaching Québec City (1854), Ontario (1870) and across Canada (mid-1880s). In eastern Canada, it is now common to 48° north. Farther north it occurs in isolated colonies. In the West, it is found north to Fort Simpson, NWT, and west to Vancouver Island. House sparrows are permanent residents of cities and farms.

House sparrows build bulky, domed nests, intricately woven of grasses, on buildings, in natural cavities or in trees and shrubs. Two to 3 clutches of 3-7 eggs are laid from April to August. They nest singly or in small groups. Small flocks form in summer, reaching several hundred individuals in winter.

House sparrows are agricultural pests and fierce competitors of native birds. They are important for studies of rapid adaptation to new environments.