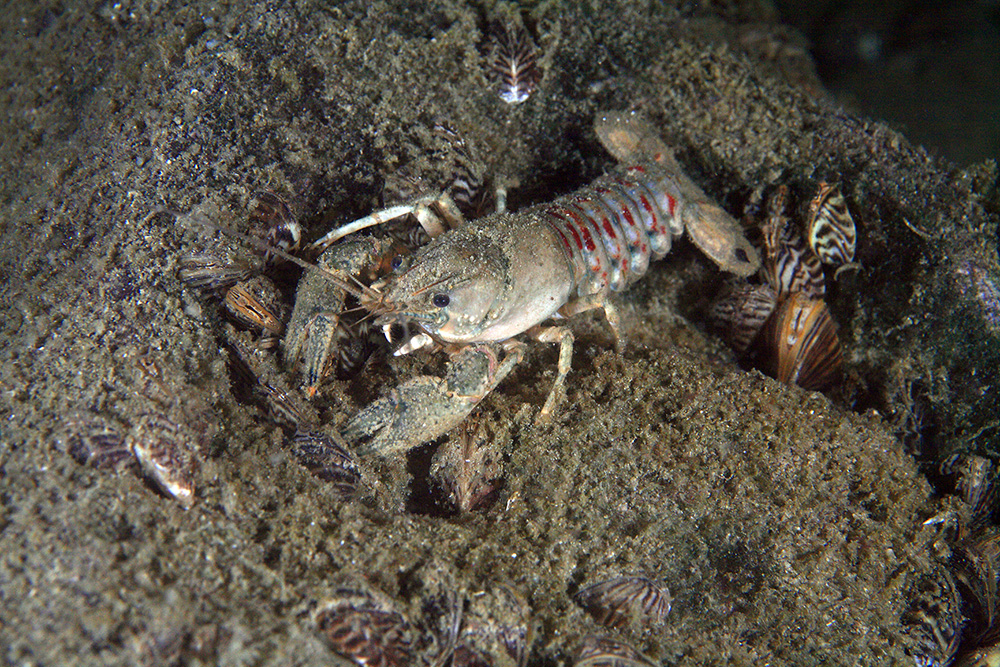 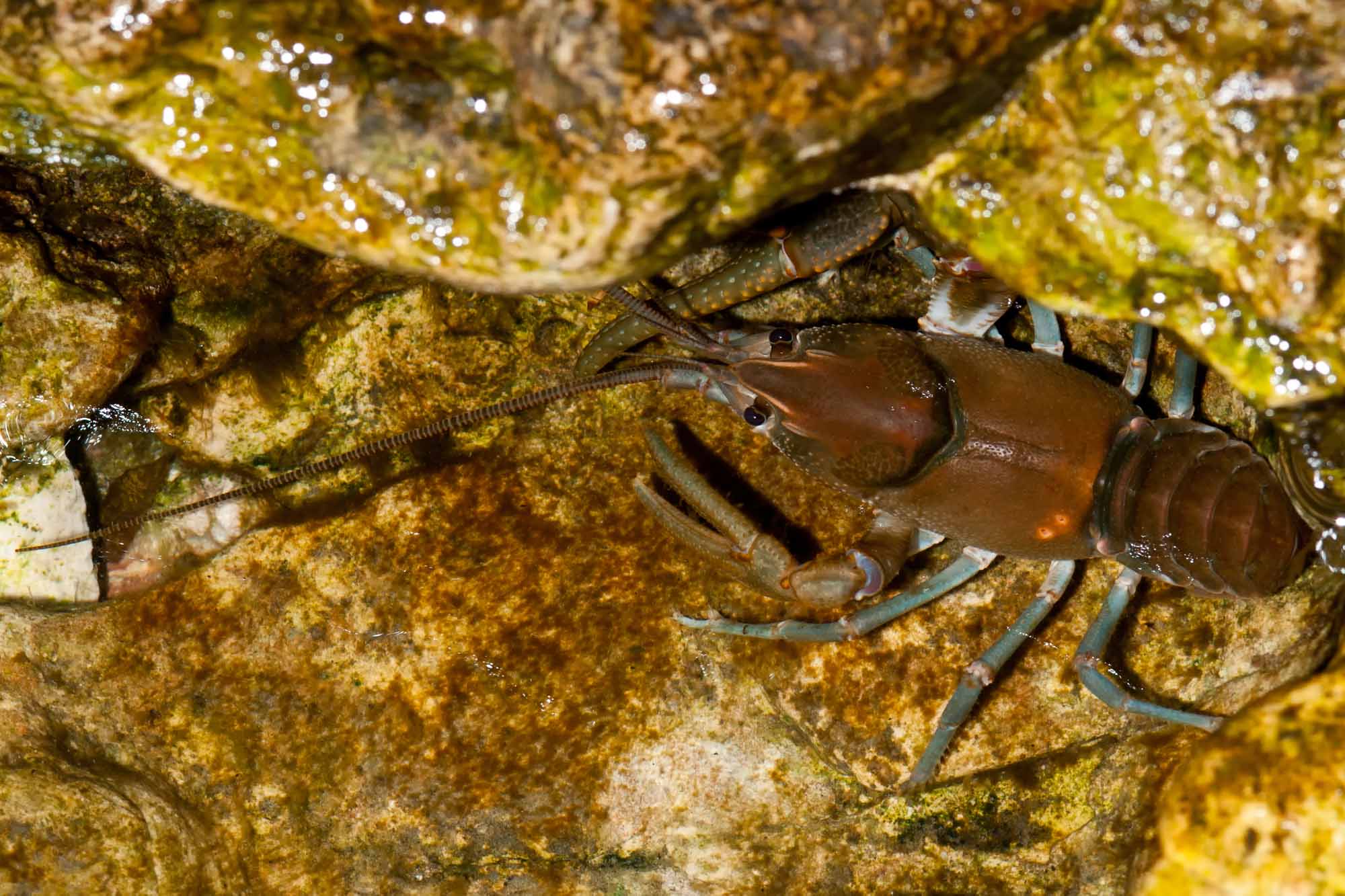 Crayfish, moderately sized freshwater Crustacean of order Decapoda, similar in appearance to the American lobster. The term is also applied occasionally to marine spiny lobsters, although there have been attempts to discourage this usage. In the southern US the preferred spelling is "crawfish." Crayfish are the écrevisses of French cuisine. Freshwater crayfish, found on all continents except Africa, number about 300 species worldwide. Distribution spans both hemispheres except for a narrow tropical belt approximately 15-20° on either side of the equator.

In Canada there are 11 species in 2 distinct subfamilies separated by the Rocky Mountains. The Pacific watershed of BC contains 2 subspecies of Pacifastacus lenisculus. East of the Rockies there are 9 species in 2 genera: Orconectes and Cambarus. They are found from Alberta (Orconectes virilis) to NB (Cambarus bartonii), but the most diverse population appears to be in Ontario, where all 9 species have been recorded.