Allanson (Gordon Yeoman) Brown. Organist, choirmaster, composer, b York, England, 31 May 1902, naturalized Canadian 1951, d Leamington, Ont, 2 Oct 1982; FRCO 1926, FRCCO 1940. He studied piano, organ, and theory for two years with F.T. Stout and Sir Edward Bairstow in York, but was primarily self-taught. He was organist-choirmaster in England and Ireland, and in Canada at the Dominion United Church 1932-50 and St Matthew's Anglican Church 1950-4 in Ottawa. He assumed the same position at the Leamington (Ont) United Church in 1954. He conducted choral and instrumental societies in England and Canada.

His compositions include a one-act opera, Legend of Grand-Pré (1949), at least 40 choral pieces, 11 works for organ, and 7 orchestral pieces. Many are published by F. Harris, H.W. Gray, Waterloo, C. Fischer, Lorenz, Presser, A.P. Schmidt, and others. 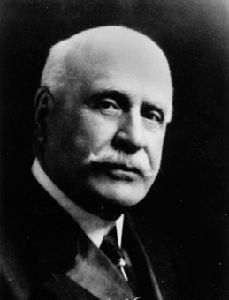