Unlike other mountainous countries such as Switzerland, and despite its size, Canada is not distinguished by well-known tunnels. It is possible to travel from sea to sea, from Halifax to Vancouver, by Canadian National Railways, without going through any major tunnels, merely a few short ones west of Thunder Bay. There are, however, some notable tunnels in Canada, and some that are unique. Tunnels for coal mining in Cape Breton extend far out under the sea; the Granduc Mine in BC can only be reached by a 16.5 km tunnel under 3 glaciers. At North Bay, the Canadian headquarters of NORAD are housed in an unusual set of great tunnels excavated in Precambrian bedrock, complete even to an underground powerhouse, approached through 2 ordinary access tunnels large enough to accommodate passenger buses.

Canada's oldest tunnel is at Brockville, Ont; it runs for 518 m from the waterfront, under the City Hall, below Market St. When the Brockville and Ottawa Railway was built in the 1850s, the contractors took the view that a railway, to be complete, had to have a tunnel. It was used first on 31 December 1860 and last in 1970, and is still there, with its great oak doors at each end.

No tunnels were required when the main line of the Grand Trunk Railway was built from Montréal to Toronto in the 1850s, and only one very short tunnel was needed in the entire length of the Intercolonial Railway (Halifax to Montréal) completed in 1876. But between 1889 and 1891, the first underwater railway tunnel in North America was built under the St Clair River, linking the Grand Trunk Railway at Sarnia with the Grand Trunk Western Railway at Port Huron, to complete a through line between Toronto and Chicago. The tunnel was over 1800 m long between portals and was the first tunnel in North America to be built under compressed air, the first to be built with shields and only the second tunnel to be lined with cast-iron segments. When the Canadian Pacific Railway was being built, a series of short tunnels along the north shore of Lake Superior could not be avoided, but the route through the mountains of the West was achieved without resort to tunnelling. The resulting grades (up to 4%) made operation difficult and uneconomic as traffic increased, and so the Spiral Tunnels between Hector and Field were opened for use in 1909, reducing the maximum grade in that section to 2.3%. In 1916 the 5-mile (8 km) Connaught Tunnel was opened under Rogers Pass to reduce grades and eliminate trouble from avalanches. The longest railway tunnel in the Western hemisphere is the Mount MacDonald Tunnel, also under the Rogers Pass. It is 14.6 km long, cost $500 million and took 5 years to build. Through Mount Macdonald, it duplicates the Connaught Tunnel to reduce grades for west-bound traffic.

Shorter tunnels, to give access to terminal facilities, were built in later years, such as the CNR tunnel under Capital Hill, Vancouver; the CPR access tunnel to Wolfe's Cove terminal at Québec; and the 4.8 km Mount Royal Tunnel, Montréal. Originally constructed to give the Canadian Northern Railway access to downtown Montréal, the Mount Royal Tunnel is now a part of the CNR, incorporated into the efficient complex of Montréal's Central Station.

Just as railway building in Canada passed its peak, new waterpower plants increased in number and size, often requiring tunnels for transferring water from impounding reservoirs to penstocks and powerhouses. The twin 15.2 m diameter tunnels that convey water under the city of Niagara Falls (90 m below the surface) for supplying the Sir Adam Beck powerhouse at Queenston are of special interest, as is the tunnel of the Kemano power plant of the Aluminum Company of Canada in BC which serves the smelter plant at Kitimat. This tunnel conveys water from a new reservoir in the headwaters of the Nechako, a tributary of the Fraser River, through the mountains of the Coast Range, to a precipitous drop almost to sea level at the powerhouse (see electric-power generation).

One little-known but important tunnel in the West runs below the seabed of the First Narrows at Vancouver, conveying fresh water under pressure from reservoirs in the foothills of the Coast Range to supply the city of Vancouver. Tunnels for water supply and sewage disposal are to be found beneath the streets of all major Canadian cities. Beneath the streets of Ottawa, for example, are at least 160 km of such tunnels. One sewage collector tunnel along the N shore of the Island of Montréal is 48 km long. These are the "major" tunnels of Canada, unseen and generally unknown, but providing vital civic services. Underground railways necessitate large tunnels, also beneath city streets. The first section of the Toronto subway, almost all in tunnel, was opened in 1954 (see subways and light rapid transit).

Canadian tunnelling expertise, largely gained in the tunnels required for metal-ore mining, was called upon in WWII when the Canadian Army was responsible for extending the labyrinth of tunnels that form a honeycomb beneath the Rock of Gibraltar. Completion of the major part of what is still the longest railway tunnel east of the Mississippi River, the Hoosac Tunnel in Massachusetts, was the successful work of 2 pioneer Canadian engineers, Walter and Francis Shanly, in 1875. 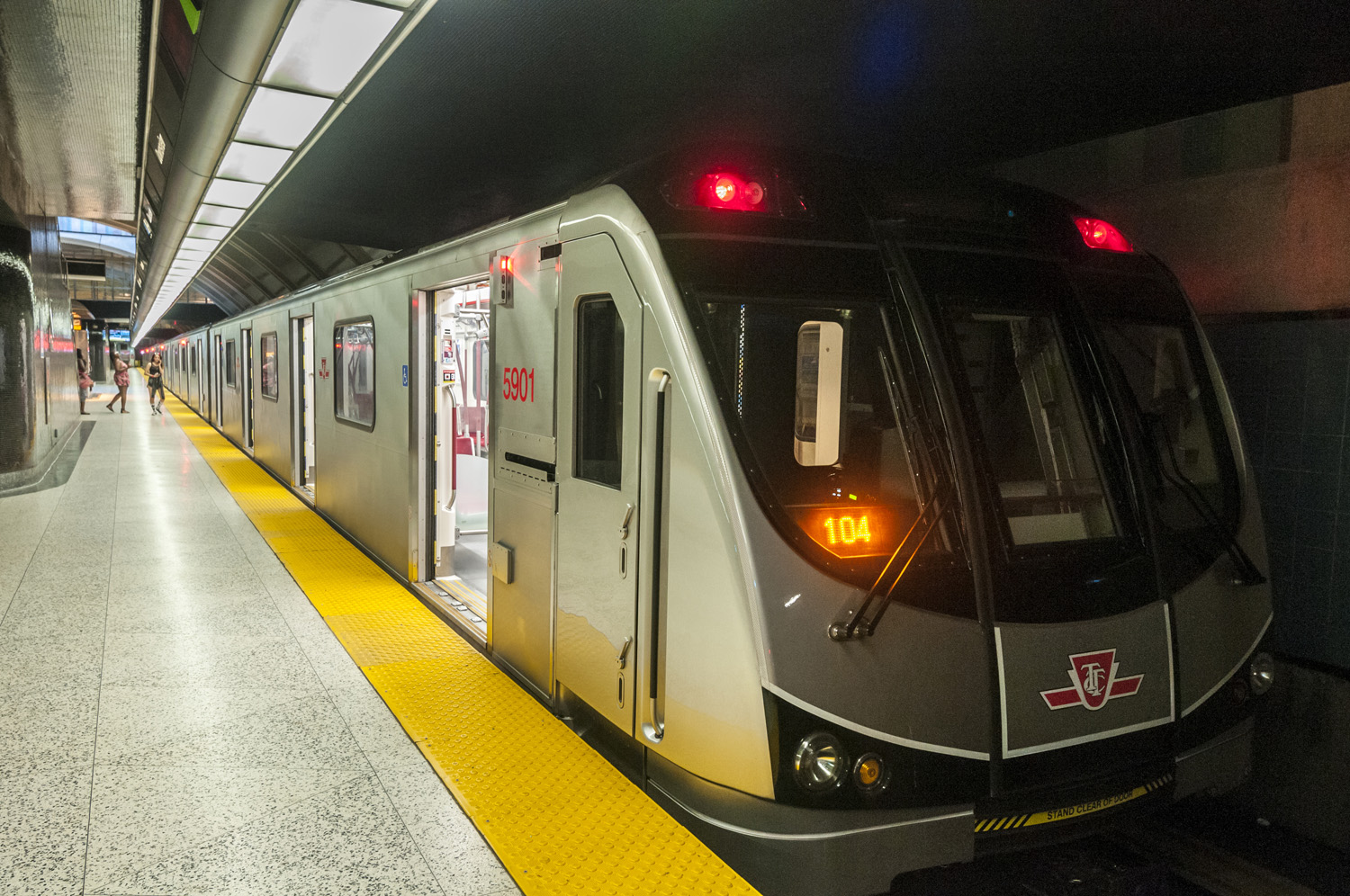