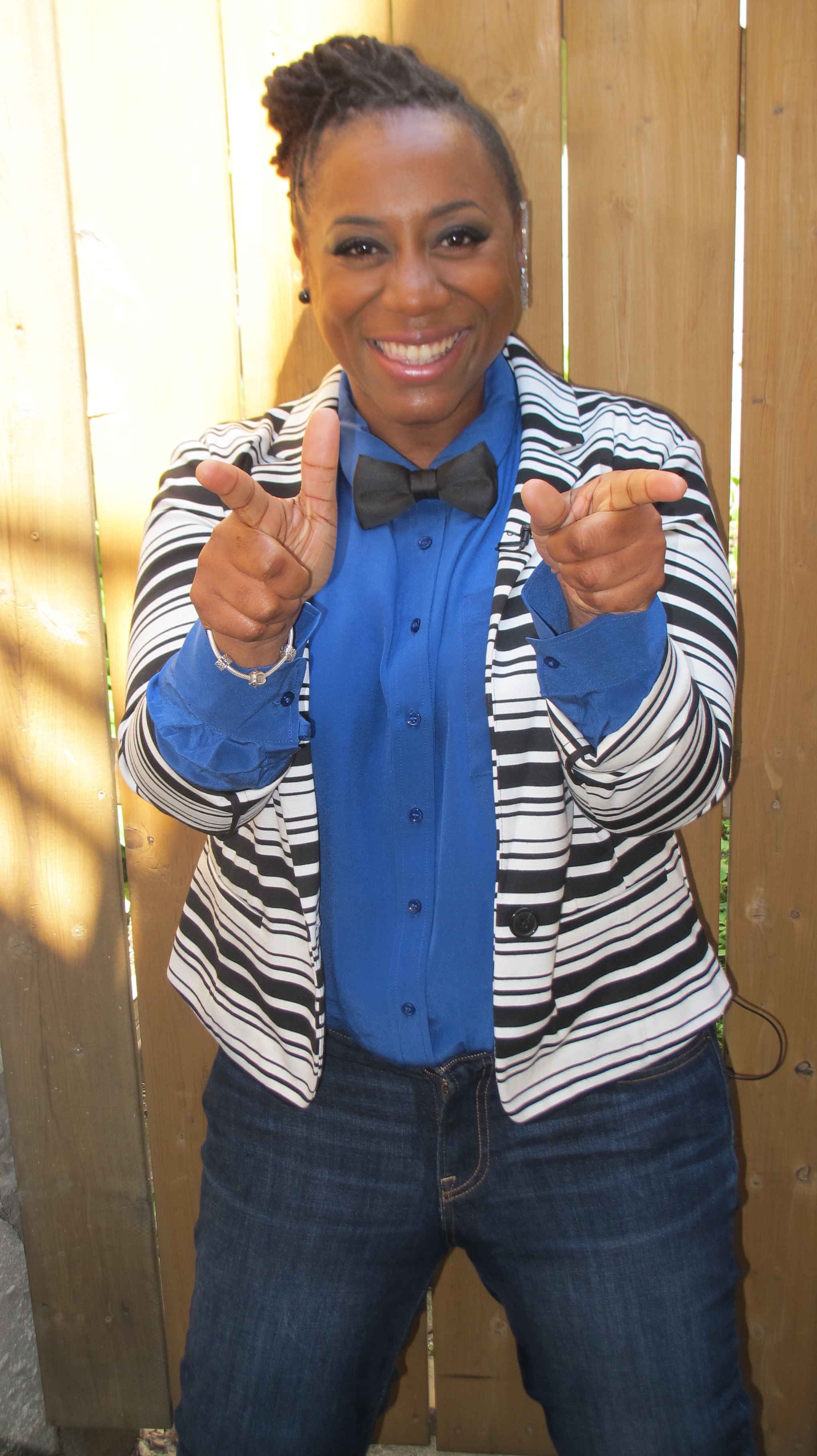 Trey Anthony (trey anthony), comedian, playwright, screenwriter, producer (born 1974 in London, England). The first Black Canadian woman to have her own prime-time show on a Canadian television network, trey anthony is best known for her award-winning play and television series, 'da Kink in my Hair.

trey anthony was one of three children born to Jamaican immigrant parents. Her father was an electrician and her mother worked a number of different jobs to support the family. At age 12, anthony’s parents divorced, and her mother moved with the children to Toronto. anthony spent much of her time in the care of her grandmother, who encouraged her creative and energetic impulses. In the late 1980s, anthony’s family moved from Toronto to nearby Brampton, where she attended Notre Dame Secondary School. In the summer of her third year at York University, anthony attended a six-week program at the American Academy of Dramatic Arts in New York City. Instead of returning to Toronto, she stayed in New York for a year, working as a production intern on The Chris Rock Show.

When anthony moved back to Toronto in 1999, she formed a sketch comedy group called Plaitform, devoted to Black urban comedy. The group performed anywhere they could — schools, libraries, comedy clubs — and anthony began to gain recognition as one of the most talented young comedians in the city, landing a regular gig at Yuk Yuk’s Comedy Club. She attracted the attention of a producer who hired her to write for After Hours,the late-night sketch comedy series hosted by Black Canadian comic Kenny Robinson. As her career flourished, anthony began to openly identify herself as a queer woman.

anthony’s first theatrical work, 'da Kink in my Hair, debuted at the fringe festival in Toronto in 2001. The play takes place in a beauty salon in a West Indian neighbourhood of Toronto, and features the hilarious and heartbreaking stories of its patrons. “If you want to know a black woman, you touch her hair,” Novelette (who was played by anthony in the original production) tells the audience. “Cause our hair carries our journey.”

On opening night of 'da Kink in my Hair, anthony offered free tickets to all barbers and hairdressers, and the show went on to become one of the most successful plays ever to be produced at the Toronto Fringe Festival. It was chosen as one of the five outstanding works at the New York Fringe Festival in 2002, and in 2003, it enjoyed a sold-out run at Toronto's Theatre Passe Muraille. In 2005, an expanded version of 'da Kink in my Hair became the first Canadian play produced by the Princess of Wales Theatre in Toronto.

anthony adapted 'da Kink in my Hair into a one-hour pilot for Vision TV in 2004, and then into a television series, which aired on Global TV from 2007 to 2009. It was the first prime-time Canadian network television series to feature an entirely Black Canadian cast. In 2006, anthony co-wrote the play I Am Not a Dinner Mint, The Crap Women Swallow to Stay in a Relationship!,which premiered at the Harbourfront Centre Theatre.

anthony also founded Trey Anthony Studios and co-founded Kinky Dinner Productions, which have showcased works by a number of artists of colour, including Indian-American comic Vijai Nathan’s one-woman show, Good Girls Don’t, But Indian Girls Do.In 2009, anthony founded the Trey Anthony@One Centre in Toronto, a women-centred facility that offers classes on creative writing, health and spirituality. anthony has spoken at many schools and youth groups throughout North America about body image and other challenges facing female adolescents. In 2010, she delivered an inspiring TED Talk about the hurdles she has overcome, entitled “Coming Out of Your Box.”

Awards and Other Projects

'da Kink in my Hair won four National Association for the Advancement of Colored People’s (NAACP) Theatre awards, and was nominated for four Dora Awards. In 2009, anthony received the Queering Black History Award and a Harry Jerome Award in the Arts, Media and Entertainment category. Her writing has been published in numerous anthologies, including: Testifyin’ (edited by Djanet Sears); Beyond The Pale (edited by Yvette Nolan); She Speaks (edited by Judith Thompson); and Outspoken (edited by Susan G. Cole). She is currently working on a documentary, inspired by her grandmother, about the struggles of immigrant women from the Caribbean, When Black Mothers Don’t Say I Love You. anthony is also working on a novel entitled Bastards and Mint Chocolate Chip Ice Cream.