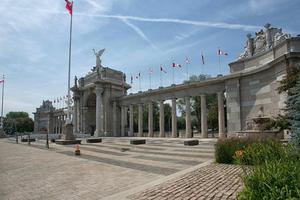 The gates of the Canadian National Exhibition (photo by James Marsh). 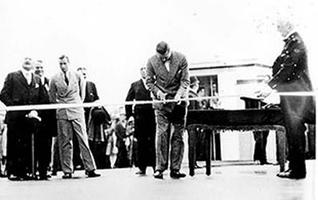 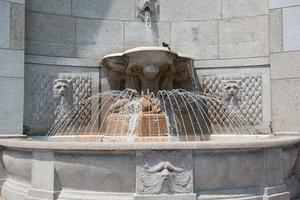 The statue seriously deteriorated and was removed in 1987. It was replaced with an exact glass-reinforced polymer plastic copy, 2012 (photo by James Marsh).
PreviousNext

Directors of the CNE (see Canadian National Exhibition) liked to dub their exhibition the nation's showplace. For the 60th anniversary of Confederation, they decided to do something spectacular. In late 1926 they hired architect Alfred Chapman to design a new east side entrance to the fair. Evoking the style of ancient Greece and Rome, Chapman's gate featured a central arch and a 91-metre long structure surmounted by a statue of the Winged Victory. It was to be Toronto's equivalent of the celebrated gates of great European cities.

The gates were originally named "The Diamond Jubilee of Confederation Gates," but when the directors learned that Edward, Prince of Wales, and his brother Prince George were going to be in Toronto that year, they changed the name. The Princes were both present at its official opening on Tuesday, August 30, 1927, and the Princes' Gates were born.

Often incorrectly called the "Princess Gates," they were constructed of precast concrete--cutting edge technology at that time. The nine pillars on either side of the main arch represent the Canadian provinces at that time. The statue of the Goddess of Winged Victory was carved by Charles McKechnie. On either side of the central arch are various figures representing progress, industry, agriculture, arts and science-- entirely appropriate for an exhibition that considered itself at the forefront of all.

By 1986 it was clear that the Winged Victory statue was deteriorating, so it was taken down and replaced the next year with an exact glass-reinforced polymer plastic copy. The nine north columns were replaced in 2004, with restoration on the rest of the structure completed in 2010. 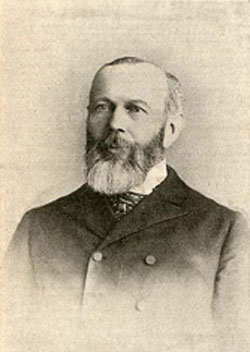