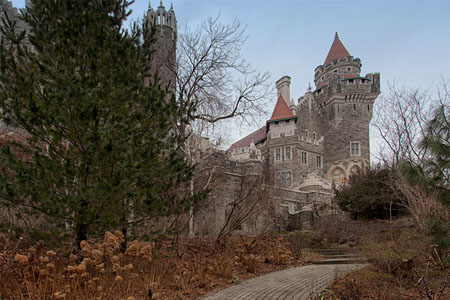 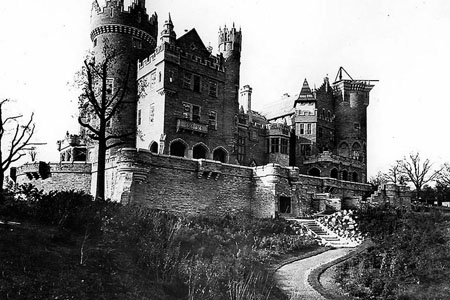 Casa Loma under construction, circa 1911, from Davenport and Walmer Road. 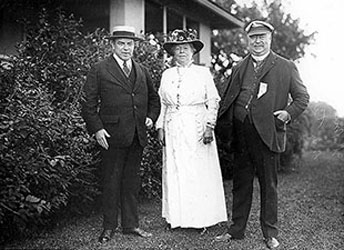 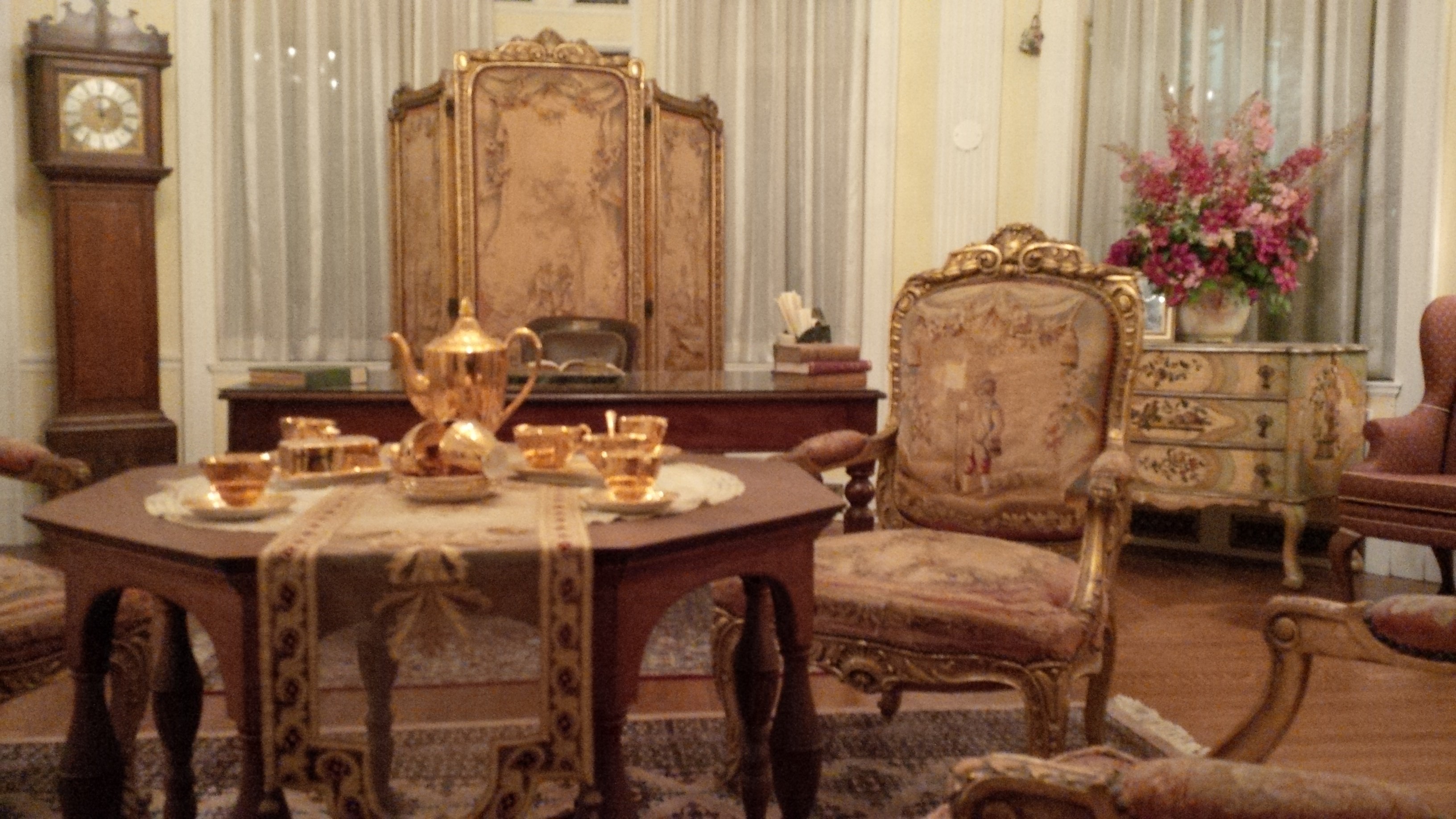 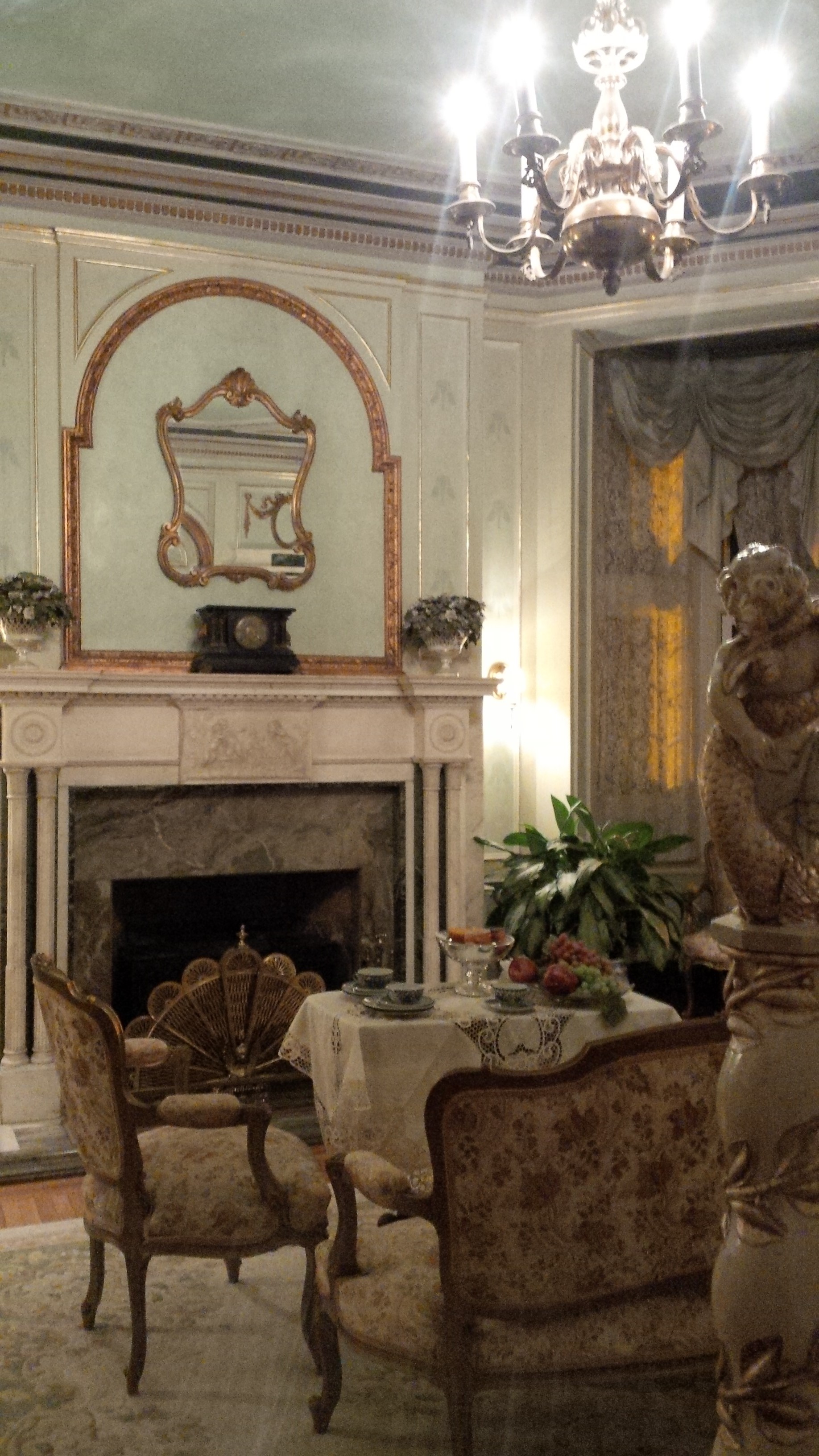 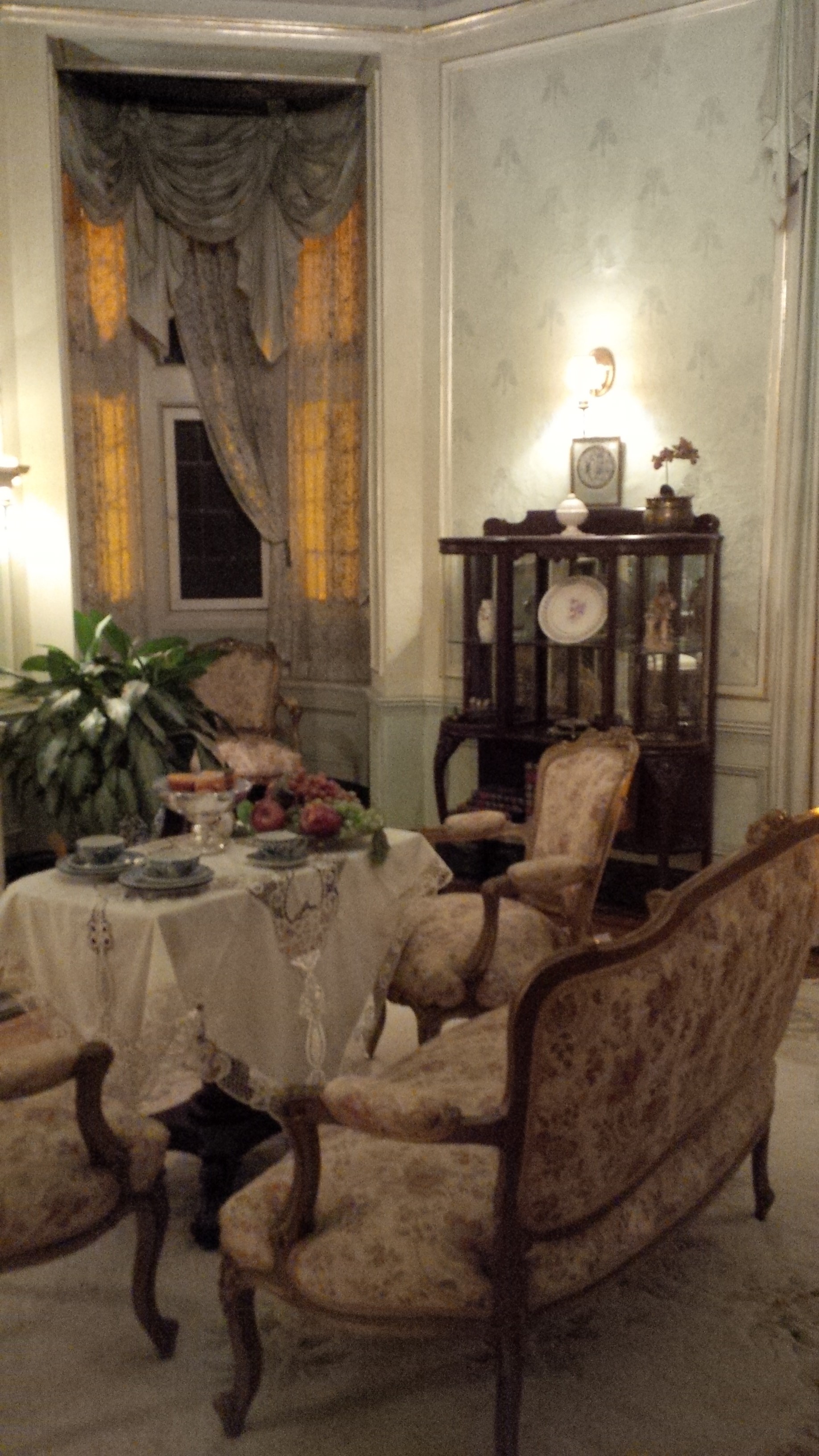 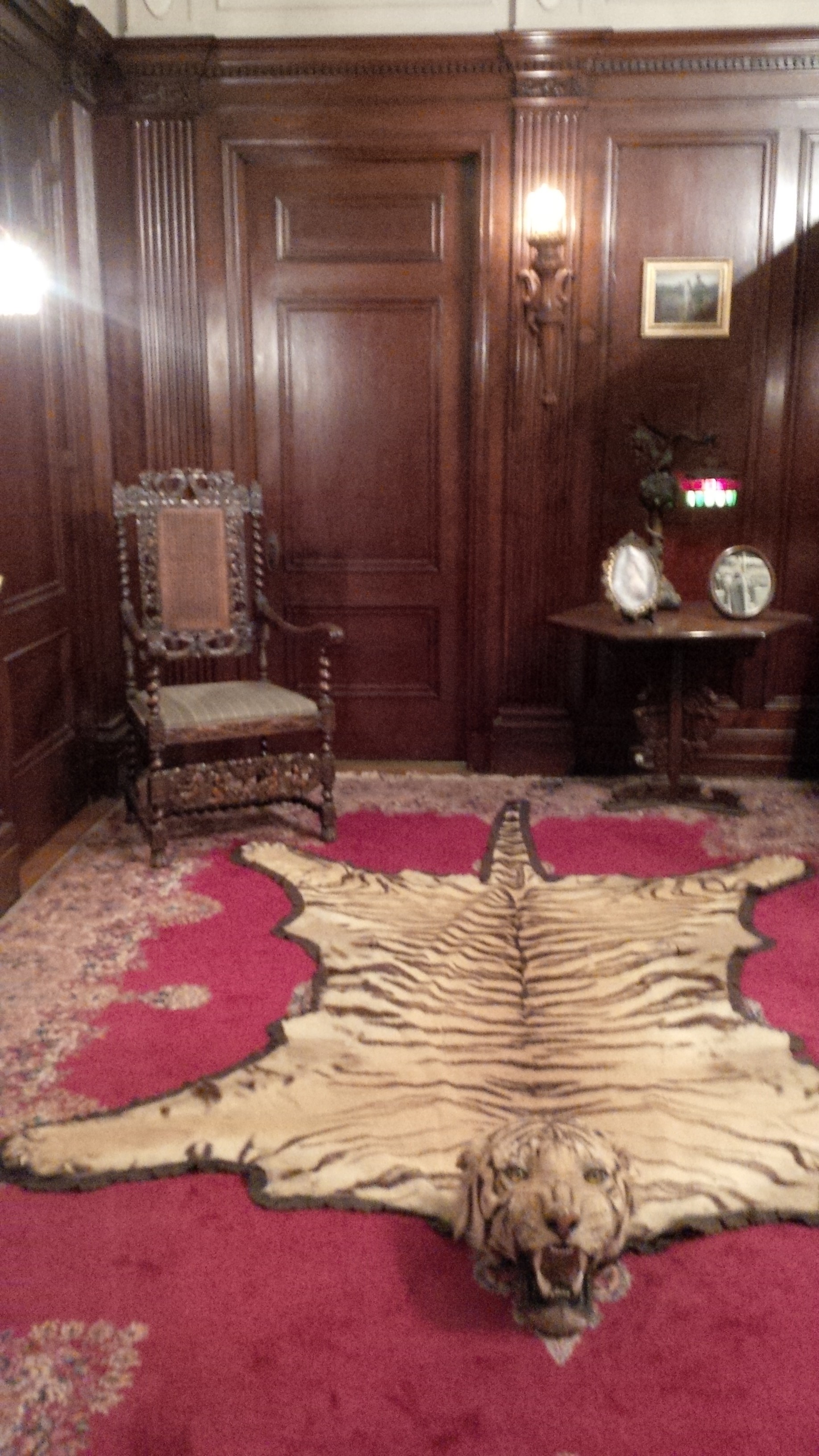 "Foremost if I Can." Henry Pellatt and Casa Loma

Even as a young man, Sir Henry Pellatt embraced the spirit of the family motto "Foremost If I Can." A daring financier who helped build the first hydroelectric generating station at Niagara Falls, he certainly had the wealth to show off. After he was made a Knight of the British Realm he determined to build a castle worthy of his new title. In 1905 he purchased 25 lots, which already had the name Casa Loma, on the escarpment running down to Davenport Road.

In E.J. Lennox, Pellatt chose an architect whose self-esteem was as high as his own. What resulted was the grandiose Casa Loma, with 98 rooms, the largest house ever built in Canada. It was the kind of ostentatious display of wealth that did not embarrass the rich in North America at the time. With corbelled towers, high chimneys and a buttressed porte-cochère (carriage porch), oak panelled rooms and magnificent carvings, Casa Loma evoked the romance of a medieval castle. Even the stables, connected to the house by a long tunnel, were as fine as any on the continent.

Pellatt ran out of money before he was able to complete Casa Loma. When he lost his fortune after the First World War, he was forced to sell it to the city for a fraction of its cost for back taxes. His furniture was auctioned off in a sale that, Pellatt told one newspaper, "broke my heart."

Fantasy or folly, today Casa Loma is one of the most visited places in the city. Some 300 000 visitors tour "the castle" each year.