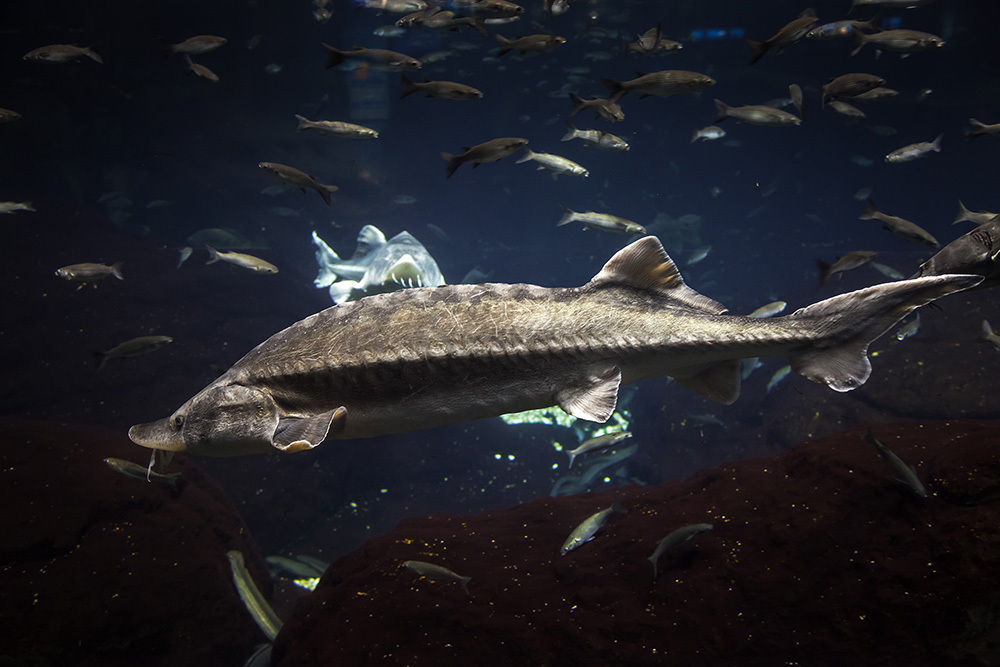 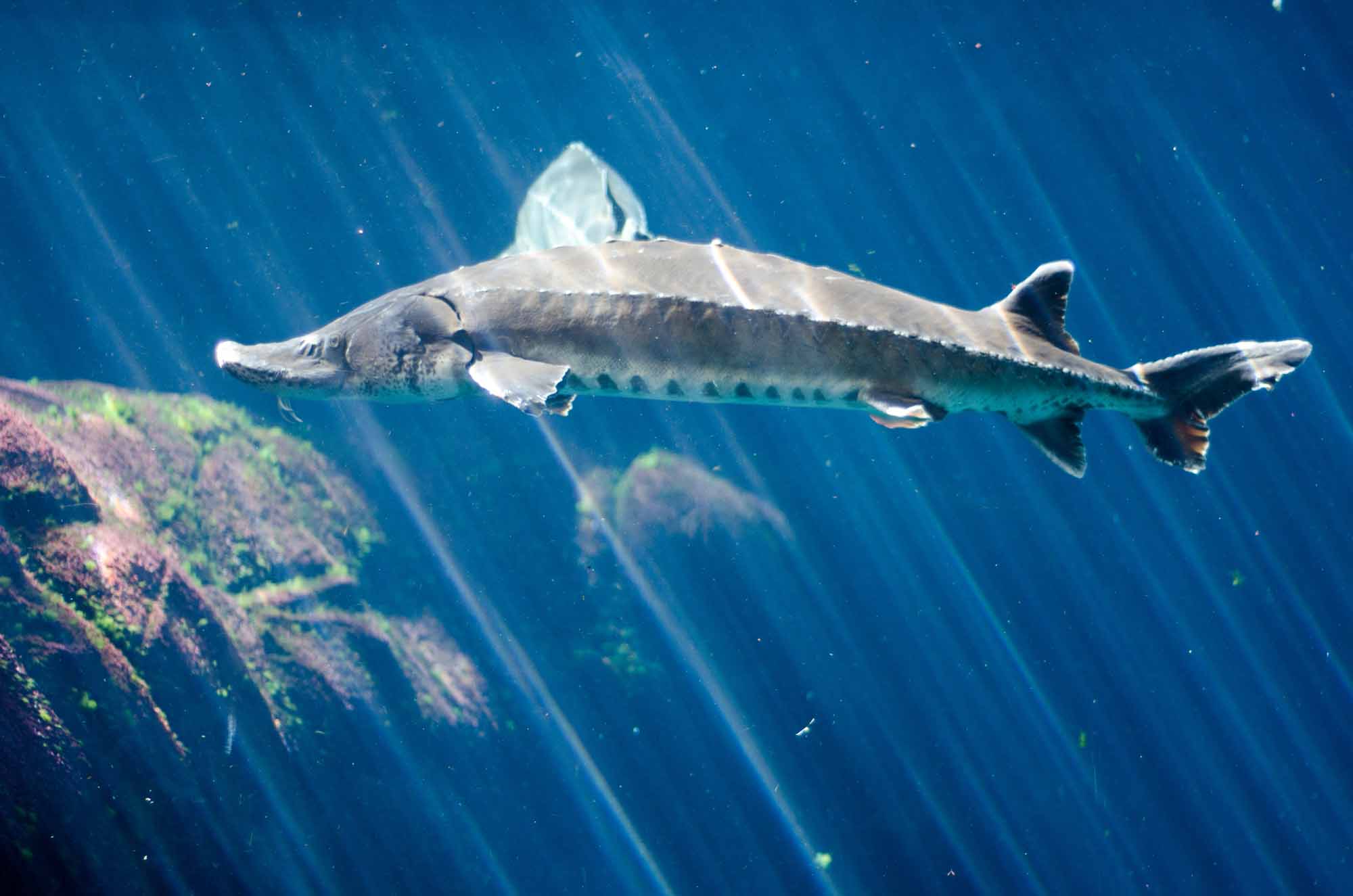 Sturgeon at the Montreal Biodome. Photo taken on: July 4, 2011
PreviousNext

The sturgeon is a large, primitive, bony fish of class Actinopterygii, family Acipenseridae. The 4 genera and 24 species live in fresh and coastal waters of the Northern Hemisphere. In Canada, 5 species, all of genus Acipenser, occur: white and green sturgeons in Pacific coastal waters and rivers; lake sturgeon in fresh waters east of the Rocky Mountains; and Atlantic and shortnose sturgeons in Atlantic coastal waters and rivers. At least some populations of each Canadian species venture, at times, into brackish or salt water.

Sturgeons are an ancient group; fossils are known that date back to the Upper Cretaceous (98.9-65 million years ago). Sturgeons are characterized by a long snout with 4 barbels (stringlike appendages) underneath, a toothless mouth, and 5 rows of shieldlike, bony plates on the body. The upper lobe of the tail fin is longer and more slender than the lower lobe.

Sturgeons typically grow slowly, but they may attain a great size. A white sturgeon weighing 629 kg was caught in the Fraser River at New Westminster, BC, in 1897, and an Atlantic sturgeon caught in the St Lawrence River weighed 160 kg and was 267 cm long and 60 years old. Female Atlantic sturgeon must be at least 10 years old before spawning, and they usually spawn in rivers where the current is rapid. They grow to 22 cm in one year, 49 cm in 5 years and 90 cm in 10 years.

Sturgeons are valuable commercial fish. The flesh, delicious fresh or smoked, fetches a high price; the caviar is worth several dollars per kilogram.

Populations have declined drastically. In 1845, 800 000 kg of lake sturgeon were caught in Lake of the Woods, Ont. By 1957 the catch was only 0.005% of the maximum catch. Pollution, impassable dams and overfishing, combined with late maturity, have all taken their toll.

White sturgeon, popular with anglers in the Fraser, Kootenay and Columbia rivers, has been protected since 1993 with catch-and-release only allowed. The shortnose sturgeon is classified as vulnerable by the Committee on the Status of Endangered Wildlife in Canada and is an endangered species in the US. Other sturgeons in Canada, eg, lake sturgeon, also popular with anglers, are declining in parts of their ranges.