The Canadian army wasn't sure what to do with Alex Colville when he enlisted in 1942. The man who would later become one of the country's most celebrated artists was then only a baby-faced fine-arts graduate, fresh out of Mount Allison University in New Brunswick. His only contribution to the war effort prior to volunteering for battle had been a poster he'd created for the government showing Canadian warships dropping depth charges on U-boats in the Atlantic.

Colville tried out for infantry officer training but didn't fit the army's ideal of leadership. He applied for the paratroopers, but was too small and light. After months of bouncing around bases in Ontario, he was finally commissioned as a lieutenant and sent to Yarmouth, Nova Scotia to help train new recruits. It was there, one night in 1944, that a colonel informed him:

"Colville! Winston Churchill has decided that they can't win the war without you. You're being flown to London and you're leaving at three o'clock tomorrow morning."

Bewildered, Colville reported to the army's historical section in London, where he was drafted into the rarefied ranks of Canadian war artists.

Equipped with a Jeep and driver, he was ordered to link up with Canadian forces in Europe and document on canvas whatever subjects he could find.

The young artist considered it a lucky break. "Would I rather serve as an infantry officer — the ultimate point of which was to run across fields while people shoot at you — or would I rather paint and draw? Well, the painting looked pretty attractive."

With that, Colville's painting career got started, not in a quiet studio somewhere in Canada, but amid the mud and fear and horror of war-torn Europe. He would spend the next year mostly with the Third Canadian Infantry Division – the battalions that had come ashore on D-Day – catching up with the weary troops in Holland, several months after the Normandy landings.

Today, at age 84, Colville's memories of the war spill forth in a series of self-contained vignettes, each one sketched out for the listener like a stark image on a painting:

He remembers exploring the Dutch countryside one day with his driver, a young sergeant named Carpenter, looking for subjects to draw. The pair took a wrong turn and stumbled unawares into enemy territory. Noticing some dead soldiers lying on the roadside, they climbed out of their Jeep to inspect the bodies, only realizing their miscalculation after coming under mortar fire from a group of German soldiers watching from nearby trees. Colville and Carpenter scrambled back into the Jeep and escaped with their lives.

He recalls arriving at the Nazi death camp in Bergen-Belsen, just days after its liberation, greeted by great fields of open graves "with six or seven thousand people in them." The survivors of the camp were either starving to death or sick with typhus, or both. The next day, Colville drew a haunting image of dead, emaciated bodies, prison uniforms lying around their limbs like rags.

He remembers leaving the camp and traveling north in search of Canadian forces doing mop-up operations near the Baltic Sea. On their way, he and Carpenter passed an endless stream of defeated German troops — tens of thousands of battle-hardened but terrified men — marching west as fast as they could in the hopes of escaping the oncoming Soviet army.

"It was a weird thing to see," he says. "Here we are driving along in our little Jeep and there are thousands of enemy soldiers all around us, still carrying their weapons. They paid no attention to us. All they wanted to do was get away from the Russians."

Colville believes the war left him with an acute awareness of time, and its fleeting presence in people's lives.

"The experience of a war, where you see so many dead, rather sharpens that sense," he says. "Like many people of my generation I think I have a sharpened sense of what it is to be alive.

"And to those of us who had been in the Second World War, many of life's most basic, bourgeois things — like having a job, a house, a car, children, a dog — those became precious things."

Colville came home to Canada after the war and forged a career isolating in his peacetime paintings the ephemeral, sometimes disquieting moments of ordinary life.

"My wife and I almost always go to the Remembrance ceremonies on November 11," he says. "You see, these are just ordinary people we're commemorating. Whether they worked at a grocery store or whatever, they were just ordinary guys who had gone to high school, joined the army, and then went to war. I do very much admire them - the extraordinary things they did." 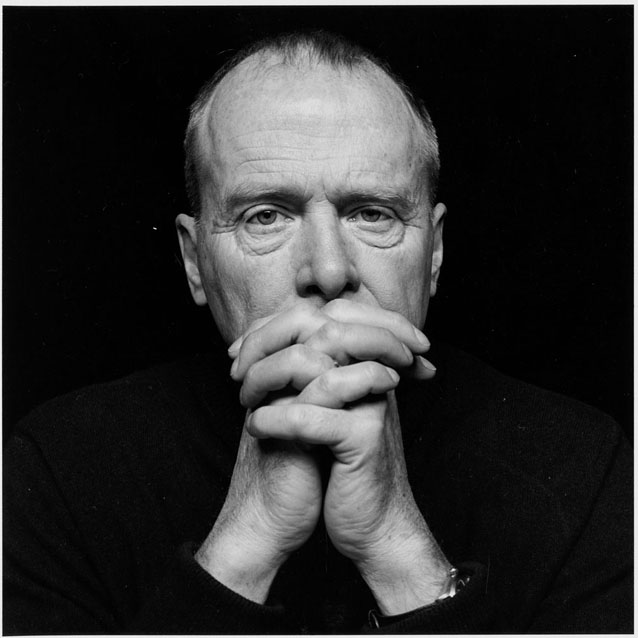