Steven Guilbeault, PC, MP, ecologist, author, columnist and lecturer (born 9 June 1970 in La Tuque, Quebec). In 2009, French magazine Le Monde recognized Guilbeault as one of the world’s 50 leading figures in the field of sustainable development. The Cercle des Phénix de l’environnement du Québec also recognized Guilbeault the same year. Guilbeault earned recognition through his work with Greenpeace and as a co-founder of Équiterre. He also served as a columnist for various media outlets, including Métro, Radio-Canada, La Presse and Corporate Knight magazine. During the 2019 federal election, Guilbeault was elected the Liberal Member of Parliament for Montreal’s Laurier─Sainte-Marie riding. Shortly thereafter, Prime Minister Justin Trudeau appointed Guilbeault to his Cabinet as minister of Canadian heritage.

Steven Guilbeault, PC, MP, ecologist, author, columnist and lecturer (born 9 June 1970 in La Tuque, Quebec). In 2009, French magazine Le Monde recognized Guilbeault as one of the world’s 50 leading figures in the field of sustainable development. The Cercle des Phénix de l’environnement du Québec also recognized Guilbeault the same year. Guilbeault earned recognition through his work with Greenpeace and as a co-founder of Équiterre. He also served as a columnist for various media outlets, including Métro, Radio-Canada, La Presse and Corporate Knight magazine. During the 2019 federal election, Guilbeault was elected the Liberal Member of Parliament for Montreal’s Laurier─Sainte-Marie riding. Shortly thereafter, Prime Minister Justin Trudeau appointed Guilbeault to his Cabinet as minister of Canadian heritage. 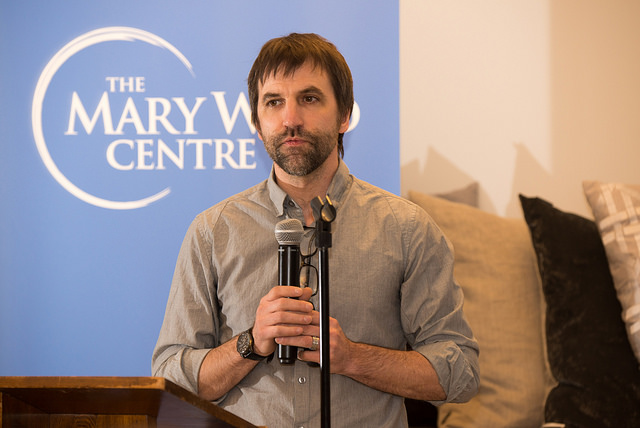 Steven Guilbeault was born in La Tuque, Quebec, the first of four children in a Catholic family. He was strongly influenced in his early years by his uncle Valmont Guilbeault. Valmont was a missionary with the Congregation of the Holy Cross in Haiti. Guilbeault had rewarding conversations with his uncle about personal commitment and the future of humanity. It was this same uncle who encouraged the family to adopt a child from Haiti.

During Guilbeault’s childhood, the woods and hills of La Tuque were like one big playground. When he was about five years old, he saw some workers getting ready to cut down the trees in a wooded area near his home, and he went running to alert his mother. She gave him the idea of climbing a tree in order to save at least one of them, and that is what he did. Unable to persuade the little boy to climb back down, the workers asked his mother to intervene. She told them that she could do nothing about it. Within the next few days, the tree got cut down anyway, but through this experience, Steven discovered the feisty spirit that would serve him so well in future.

In 1989, Steven Guilbeault completed his college studies and enrolled in courses in computer science and industrial relations at the  Université de Montréal. A year later, after considering his options carefully, he began studying political science. For one summer, he worked as a researcher and logistics coordinator for the Canadian Human Rights Foundation. Inspired by the values that were dear to him and remembering the teachings of his uncle Valmont, he took courses in international morality and liberation theology, a school of thought that arose in Latin America and advocated the social and economic emancipation of the Third World.

During his university years, Steven Guilbeault interacted with Laure Waridel, Elizabeth Hunter, Sidney Ribaux, François Meloche and Patrick Hern, with whom he shared similar ideas about social justice. Toward the end of his undergraduate years, he and his friends began looking for ways to create their own jobs in the field of the environment. In 1993, they founded a non-governmental organization called ASEED (Action for Solidarity, Equity, Environment and Development). In 1998, ASEED changed its name to Équiterre and defined its mission as follows: “Équiterre offers concrete solutions to accelerate the transition towards a society in which individuals, organizations and governments make ecological choices that are both healthy and equitable.” Within Équiterre, Guilbeault decided to focus his efforts on climate change. While Guilbeault left Équiterre to work for Greenpeace, he returned to the organization in 2007. He worked as a director at Équiterre until 2018, when he resigned to pursue a career in politics.

The United Nations Framework Convention on Climate Change was adopted in 1992 and opened for signing at the Earth Summit in Rio de Janeiro, Brazil that same year. The first Conference of the Parties to the Convention was held in Berlin, Germany in 1995. At this conference, industrialized countries acknowledged that the provisions of the Convention were insufficient to reduce greenhouse gases and launched a new set of negotiations aimed at strengthening the agreement. These negotiations led to the adoption of the Kyoto Protocol, an international accord that was signed in 1997 and took effect in 2004.

Guilbeault participated in the 1995 Conference of the Parties (COP) in Berlin on behalf of the Quebec Coalition on Climate Change, which he had founded together with members of other organizations. Appreciating his enthusiasm and his understanding of the issues, Canadian non-governmental organizations asked him to represent them on the Canadian delegation to the next COP. This request sealed his lifelong commitment to the fight against climate change.

Greenpeace and the CN Tower 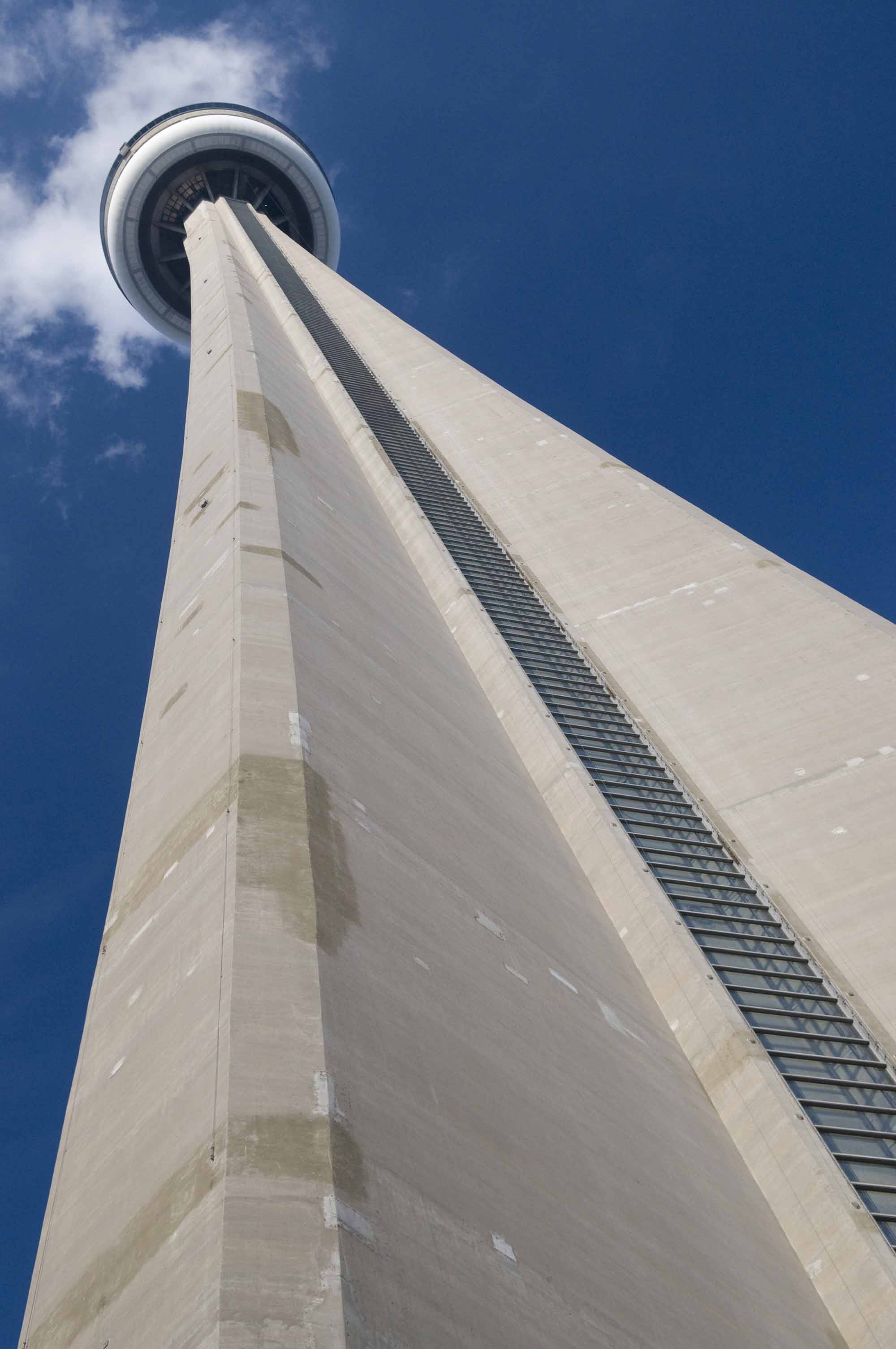 A low shot of the CN tower in Toronto.

In August 1997, while continuing to serve on the board of directors of Équiterre, Steven Guilbeault took charge of Greenpeace Canada’s climate and energy campaign. Through Greenpeace, he organized numerous actions that made a big impact. These actions included a press conference on the property of Prime Minister Jean Chrétien in Shawinigan, Quebec to oppose Canadian investments in nuclear energy.

But the action that unquestionably won Guilbeault the most attention was when he and British activist Chris Holden climbed the CN Tower in Toronto in July 2001. Their goal was to draw attention to the issue of climate change. For several months beforehand, a group of activists had monitored the comings and goings of the security guards at the base of the tower, which is over 553 m high. Steven, an experienced rock climber, spent many weeks training for the ascent, knowing that it would be difficult.

On the chosen day, the team arrived at the tower at around 3:00 a.m. Guilbeault and Holden took off and climbed the tower’s steel cables rapidly. Before the guards had time to intervene, the two activists were already more than 9 m in the air. They spent four hours climbing the tower while using their cell phones to give interviews to the teams of journalists on the ground. Not far from the observation deck, they unfurled an immense banner reading “Canada and Bush – Climate Killers.” A few months earlier, the United States had announced that it would not ratify the Kyoto Protocol, and although a majority of Canadians were in favour of this international agreement, the Canadian federal government had still not ratified it.

Guilbeault and Holden stayed perched below the observation deck for about four hours. Before arresting them, the police congratulated them on their daring exploit. Guilbeault was held in custody for a few days but released early enough to attend the Bonn Climate Change Conference shortly afterward. There he played a decisive role in preserving the Kyoto Protocol despite the US withdrawal. In December 2002, Canada ratified the accord.

In June 2019, Steven Guilbeault announced his candidacy for the Liberal Party seat in Montreal’s federal riding of Laurier─Sainte-Marie. Guilbeault received criticism for this decision. While the federal Liberal Party supported pipelines such as the Trans Mountain pipeline, Guilbeault opposed pipeline expansion. Guilbeault responded to his critics by arguing that the Liberals under Prime Minister Justin Trudeau had done much to fight climate change, and that they were the better alternative to the Conservative Party. In October 2019, Guilbeault won his Montreal seat. Shortly thereafter, Trudeau named Guilbeault minister of Canadian heritage.