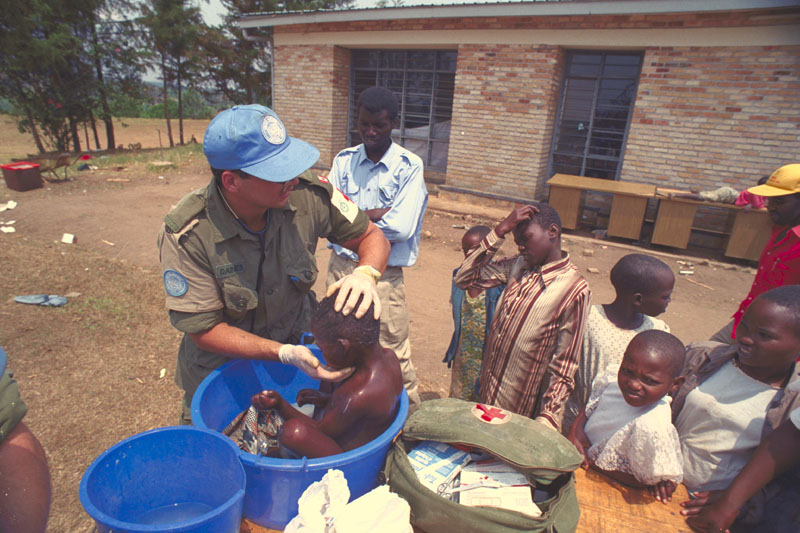 Eric Walters was born in Toronto in 1957. A Member of the Order of Canada, Walters has published more than 100 books since 1993, making him Canada’s most prolific author. He wrote his first novel, Stand Your Ground (1993), while teaching Grade 5 at Vista Heights Public School in Mississauga, Ontario. Disturbed by his students’ lack of interest in reading, he tried to engage them by writing a book that featured students from his class. Stand Your Ground also drew on his experience as an emergency room social worker, which Walters had been since the late 1980s.

Walters was familiar with the struggles of homelessness and mental illness from both his work and personal life. He was inspired to write Shattered after an encounter at an event for his novel Run, about Terry Fox. After Walters talked about Canadian heroes, an attendee suggested he write about Roméo Dallaire, the Canadian commander of two United Nations’ missions in Rwanda. (See Canadian Peacekeepers in Rwanda.) Walters was initially unsure of how to approach the story. He settled on a narrative that was not directly based on Dallaire’s experience but was instead inspired by him and his book Shake Hands With the Devil (2003). 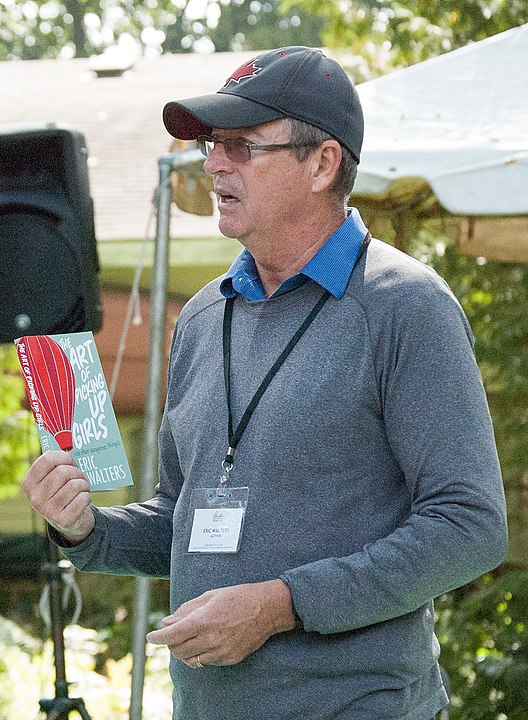 Eric Walters at the Eden Mills Writers Festival in 2016.

Roméo Dallaire and the Rwandan Genocide

Roméo Dallaire was a brigadier general when he was assigned to lead the United Nations Observer Mission in Uganda and Rwanda (UNOMUR) and the United Nations Assistance Mission for Rwanda (UNAMIR) in October 1993. (See Canadian Peacekeepers in Rwanda.) Initially tasked with ensuring a peaceful end to a Rwandan civil war, the mission took a horrifying turn when Hutu nationalist extremists began murdering ethnic Tutsis. In 100 days, 6 April to 16 July 1994, an estimated 800,000 men, women and children were brutally killed, mostly hacked to death with machetes.

Dallaire had repeatedly warned the UN about possible violence. He asked for more men and a change to the rules of engagement to try to prevent possible violence. These requests were repeatedly denied until after the genocide. Dallaire’s experiences in Rwanda left him with posttraumatic stress disorder (PTSD). He retired from the military early and publicly struggled with PTSD for two decades. This included a high-profile incident where he was found unconscious in a public park after heavy drinking. 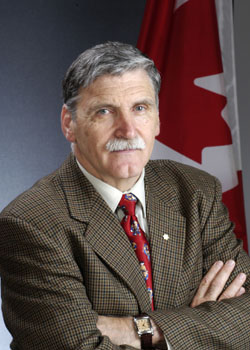 Senator Roméo Dallaire. Following his experiences as a UN peacekeeper in Rwanda, Dallaire became an advocate for the world's victims of genocide.

Shattered is told from the perspective of Ian Blackburn, a rich suburban teenager. He is forced to participate in community service for school credit. But Ian is more interested in the car his father has promised him for his birthday if he passes all his classes. Refusing to take the assignment seriously, he takes a volunteer job at “The Club” because he thinks it sounds classy. He is scared and disgusted to learn it is a soup kitchen that feeds homeless people in the city’s downtown.

On his first day at the soup kitchen, Ian is nearly mugged but is saved by a homeless man. Ian is confused when the man suggests he knows what it’s like to see someone hit with a machete. Ian doesn’t think any more of it until he meets him again at the soup kitchen. There, Ian learns that the man is called “Sarge,” but his real name is Jack (an anglicization of Jacques). Ian also learns that Jack used to be a soldier.

In addition to his volunteering, Ian is studying the armed forces in school, specifically Canada’s role in various peacekeeping missions. Prodded by his teacher, Ian begins to interview Jack and learns that he served in Rwanda. Entirely unfamiliar with the country and its history, Ian begins researching it and learns about the genocide. Shocked by the revelation — Ian’s only previous awareness of genocide was when he learned about the Holocaust in school — Ian begins learning about more genocides in school and from his Guatemalan housekeeper.

Ian also begins spending more time with Jack, learning about his history and his time in Rwanda. Jack tells Ian that he has seen hell and admits that after what he witnessed, he had hoped to die. He explains that he began drinking to deal with his memories. ( See also Alcoholism.) Ian realizes that Jack became homeless because he is “another victim of Rwanda.” Ian tries to get Jack help, but Jack refuses, telling Ian that something inside him has died.

Though he is frustrated, Ian comes to understand the extent of Jack’s sacrifice and offers him a sincere apology. A short while later, Ian receives a small plastic chip from Jack, proof that Jack has stayed sober for two weeks. Ian continues to work at the soup kitchen, even though his class requirement has finished. He resolves to use the car he is getting for his birthday to keep coming to volunteer.

In a foreword for the book, Roméo Dallaire praised Walters’s depiction of “the frustration of the injured soldier and society’s indifference to both him and the street people with whom he lives.” The Canadian Review of Materials said Shattered was at times didactic and felt like a “starter course” for Dallaire’s Shake Hands With the Devil. But it also praised Walters for effectively drawing attention to and explaining the concept of genocide to young readers.