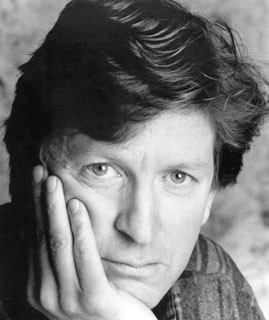 Robert Holmes Thomson was born in Richmond Hill, Ontario. Growing up, he had a passion for both drama and mathematics. According to Thomson, his mother’s involvement in community theatre in Richmond Hill and Toronto inspired him to begin acting at a young age.

In 1969, Thomson graduated with a BSc from the University of Toronto. He then studied at the National Theatre School and at the London Academy of Music and Dramatic Art (LAMDA) in England. After LAMDA, Thomson launched his acting career as a member of a touring Shakespearean troupe led by director Tina Packer. He returned to Canada in 1972 and began building a reputation as a versatile leading man on stage and as a deft character actor on screen.

Thomson made his Stratford Festival debut in 1982, playing Mark Antony in Julius Caesar. He has since tackled such classic roles as Hamlet (Toronto Free Theatre, 1986) and Cyrano de Bergerac (Theatre Calgary, Manitoba Theatre Centre, National Arts Centre, 1996). However, his most distinctive performances have been in modern and contemporary plays, where his acting has been lauded for its subtle detail and passionate intelligence. These have included Ariel Dorfman's Death and the Maiden (Manitoba Theatre Centre, Canadian Stage Company, 1993), David Mamet's Oleanna (Canadian Stage, 1995) and Michael Frayn's Copenhagen (Theatre Calgary, 2003).

Thomson has also starred in the premieres of numerous Canadian plays, most notably David Young's critically acclaimed Glenn (Necessary Angel Theatre Company, 1992; and the 2000 revival). Thomson’s lanky physique and wryly humorous style made him a perfect fit for the part of eccentric Canadian pianist Glenn Gould.

In the 1990s, Thomson branched out into directing stage productions at regional theatres across Canada. He also wrote and performed a highly personal solo show, The Lost Boys, based on letters written home by his five great-uncles while serving in the First World War. The play premiered at Ottawa's Great Canadian Theatre Company in 2000; the television version won Thomson his second Gemini Award in 2003. In 2015, Thomson directed Arthur Miller’s The Crucible at Theatre Calgary.

R.H. Thomson has had an equally long and varied career in television and film. On TV, he has become a mainstay of Canadian historical dramas. Highlights have included Charlie Grant's War (1985), in which he played the title hero, a real-life Canadian diamond dealer who rescued Austrian Jews from the Nazis. He also won a Gemini Award for his performance as insulin discoverer Dr. Frederick Banting in Glory Enough For All (1988). He has appeared in such TV movies and miniseries as Trudeau (2002), Prairie Giant: The Tommy Douglas Story (2006), October 1970 (2006, as FLQ kidnap victim James Cross) and The Englishman's Boy (2008). (See also: Pierre Trudeau; Tommy Douglas; October Crisis.)

In 2015, Thomson appeared in guest roles on such CBC programs as Republic of Doyle and in Dennis Lee’s feature film Jesus Henry Christ. In 2017, he took on the role of Matthew Cuthbert in Anne with an E, CBC/Netflix’s gritty adaptation of Lucy Maud Montgomery’s Anne of Green Gables. Starring opposite Irish-Canadian actress Amybeth McNulty and British actress Geraldine James, his performance as the shy and soft-spoken Matthew Cuthbert earned him a 2019 Canadian Screen Award for Best Supporting Actor.

An outspoken advocate for arts and culture, Thomson has said: “The story of my country means a lot to me… When you hear the narratives of a nation, you understand it better than through the headlines.” From 1991 to 1992, he was artistic producer of Toronto's World Stage. He also co-founded ShakespeareWorks, an educational theatre project dedicated to making Shakespeare accessible to young people. From 2000 to 2005, he served as chairman of the Artists' Leadership Council of the International Network for Cultural Diversity. He also directed the re-enactment of the 1834 Mayors' Debate for Toronto's 175th anniversary celebrations, where Eric Peterson played William Lyon Mackenzie.

In 2008, Thomson was the driving force behind the international historical projects Vigile 1914–1918 Vigil and The World Remembers / Le Monde se souvient. The names of Canadians who died in the First World War were projected onto the wall of Canada House in London, England, and in six Canadian cities. The success of this project inspired him to mark the centenary of the beginning of the First World War in 2014 by showcasing the names of every fallen soldier of all nationalities, year by year, on screens in schools, museums, libraries, public spaces, and online.

Thomson lives in Toronto with his wife Laurie Matheson. Together they have two sons, Macintosh and Andrew.

Thomson has portrayed a number of historical figures, from Glenn Gould to Dr. Frederick Banting. In addition to his Gemini and Genie wins, Thomson won a Dora Award for his lead performance in Hand to Hand (Toronto Free Theatre, 1983), and was honoured by the Toronto Drama Bench for his body of work in 1992. In 1997, he was given the National Theatre School's Gascon-Thomas Award. The following year, he received an honorary doctorate from the University of Toronto's Trinity College. In 2010, he received the Barbara Hamilton Memorial Award "for excellence as well as for serving as an arts advocate and ambassador," and was named to the Order of Canada.