Nicholas Eduardo Alberto Cordero, actor, dancer, musician (born 17 September 1978 in Hamilton, Ontario; died 5 July 2020 in Los Angeles, California). Nick Cordero came to prominence with the 2014 Broadway production of Bullets Over Broadway, which earned him a Tony Award nomination. The imposing, six-foot-five actor also played many gangsters in film and television productions. His life was cut short in 2020 due to complications from COVID-19.

Nicholas Eduardo Alberto Cordero, actor, dancer, musician (born 17 September 1978 in Hamilton, Ontario; died 5 July 2020 in Los Angeles, California). Nick Cordero came to prominence with the 2014 Broadway production of Bullets Over Broadway, which earned him a Tony Award nomination. The imposing, six-foot-five actor also played many gangsters in film and television productions. His life was cut short in 2020 due to complications from COVID-19.

Nick Cordero was born and raised in Hamilton, Ontario, where he attended Westdale Secondary School. As a young man, he performed at Theatre Aquarius’ theatre camps and in his high school teacher’s semi-professional summer theatre company. He went on to study theatre at Ryerson University.

After two years at Ryerson, Cordero decided to leave university to pursue a musical career with his band LoveMethod. He played guitar and became the band’s front man. His career with the band lasted four years.

He made his professional stage debut in Toronto in 2004, playing Tony in Tony ‘n Tina’s Wedding at Second City. He then performed on cruise ships before making the move to New York to pursue a Broadway career.

Cordero starred as Toxie in The Toxic Avenger, performing the role off-Broadway in 2009. He received favourable reviews, including one from Charles Isherwood of the New York Times, who wrote, “Mr. Cordero morphs convincingly from supernerd to slime-dripping hulk, retaining traces of geekery that glimmer appealingly from under the neon-green gunk.”

Despite this success, Cordero’s career was not steady. He performed in Brooklynite, Pippin and the national tour of Rock of Ages, eventually joining the Broadway cast in 2012. After Rock of Ages, he was out of work for so long he considered switching to a career in real estate.

Cordero’s career trajectory changed in 2014, when he booked the role of the tap-dancing gangster Cheech in the adaptation of the Woody Allen comedy Bullets Over Broadway. He received rave reviews. Ben Brantley of the New York Times wrote, “…somehow, this dopey, mass-murdering thug and the actor playing him stand out as being far more endearingly earnest than anybody else.” Cordero was nominated for a Tony Award for Best Performance by an Actor in a Featured Role in a Musical for his performance. He also won a Theatre World Award for Outstanding Debut Performance and an Outer Critics Circle Award for Outstanding Featured Actor in a Musical.

He then landed a string of roles as an Italian American heavy. He appeared opposite Steven Van Zandt in the gangster comedy Lilyhammer (2014), played a mobster who pursues a comedy career while in witness protection in A Stand Up Guy (2016) and landed supporting roles in the TV series Blue Bloods and Law & Order: Special Victims Unit. He also originated the role of the abusive husband, Earl, in the Broadway musical Waitress in 2016, before taking on the role of Sonny in the musical adaptation of the Robert De Niro film, A Bronx Tale.

Cordero’s next career move was to revisit the role of Dennis, the bar owner, in Rock of Ages. This reimagined version of the show was performed at The Bourbon Room in Los Angeles. The show ran until 14 March 2020 when performances were shut down due to the COVID-19 pandemic.

In early March 2020, Cordero experienced his first symptoms, but he recovered quickly and didn’t consider the novel coronavirus as the cause of his illness. On 19 March, he suffered from exhaustion and stayed in bed for six days. On 26 March, he saw a doctor, but COVID-19 was still not expected. He was admitted to Cedars Sinai Hospital in Los Angeles on 30 March and diagnosed with pneumonia. The diagnosis was later changed to COVID-19.

Cordero’s wife, dancer Amanda Kloots, chronicled his fight against the disease on her Instagram feed. She posted a list of the procedures and complications Cordero faced over his 95 days in hospital. They included two ministrokes, dialysis, amputation of his right leg, septic shock, blood clots, holes in his lungs, the insertion of a pacemaker, and the infection that finally caused his heart to stop.

She began an Instagram campaign using the hashtag #wakeupnick. Every day at 3 p.m. PT, she would sing Cordero’s song “Live Your Life” and invited others to post their own videos. Hundreds of supporters, including celebrities such as Sylvester Stallone and Steven Van Zandt, took up the cause.

Cordero managed to fight off COVID-19, but his body was so ravaged by the disease that he was unable to recover. He died on 5 July 2020, leaving behind his wife and their one-year-old son, Elvis.

A posthumous album, Nick Cordero: Live Your Life, was scheduled for release by Broadway Records on 17 September 2020, which would have been Cordero’s 42nd birthday. The album captures his cabaret performance from April 2019 at Feinstein’s/54 Below. 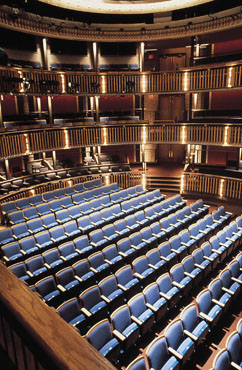 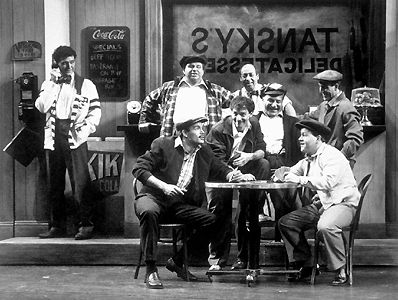