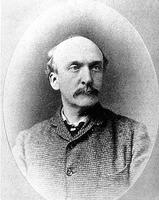 As a journalist and politician Davin was known as the voice of the North-West (courtesy Library and Archives Canada/C-4651).

Nicholas Flood Davin, lawyer, journalist, politician (born 13 January 1843 in Kilfinane, Ireland; died 18 October 1901 in Winnipeg, Manitoba). First MP for Assiniboia West, Davin was known as the voice of the North-West. Davin was a parliamentary and war correspondent in England before arriving in Toronto in 1872, where he wrote for the Globe and the Mail. Although a fully qualified lawyer, Davin practised little law. The highlight of his legal career was his 1880 defence of George Bennett, who murdered George Brown.

A chance visit to the West in 1882 determined his future. He founded (1883) and edited the Regina Leader, the first newspaper in Assiniboia; the paper carried his detailed reports of the 1885 trial of Louis Riel. A spellbinding speaker and Conservative MP for Assiniboia West from 1887-1900, Davin introduced a measure to establish a legislative assembly and executive council for the territory; he also trained to gain economic and property advantages for the new settlers, and even the franchise for women, but he never achieved his ambition to be a Cabinet minister. A mercurial personality, he became depressed by the decline of his political and personal fortunes and shot himself during a visit to Winnipeg. Davin wrote The Irishman in Canada(1877), as well as poetry and an unpublished novel.

Davin was also the author of the Report on Industrial Schools for Indians and Half-Breeds (known as the Davin Report), which he submitted to the Canadian government in 1879. Davin had been appointed by the government to investigate American industrial schools for Indigenous children, and recommended the implementation of similar schools in Canada (see Residential Schools).