Molecular biology, subdiscipline of BIOCHEMISTRY that studies the structure, synthesis and degradation of macromolecules (very large molecules) found in living cells, their metabolic regulation (how they are interrelated and balanced during synthesis and degradation) and their expression (how the GENETIC code operates and is controlled through structural interrelationships). Macromolecules include the nucleic acids DNA (deoxyribonucleic acid) and RNA (ribonucleic acid); proteins (including enzymes); carbohydrates; and complexes of carbohydrates and proteins and lipids (soluble cellular fats and waxes) and proteins. The term was used by Oswald T. Avery in the late 1940s and was early equated with the study of nucleic acids.

As a result of their work on BACTERIA, Canadian researchers Avery and Colin M. MacLeod and American Maclyn McCarty were the first to provide firm evidence that DNA was the genetic material in the cell (1944). The structure of DNA is a double helix, first described in 1953 by Nobel laureates (1962) J.D. Watson (an American who had been influenced by Avery's work) and British researcher Francis Crick. The double helix is composed of 2 antiparallel chains of sugar-phosphate "backbones" with complementary pairs of nucleic acid bases in the centre.

American biochemist Erwin Chargaff's observation of base pairing was important to Watson and Crick's discovery, as were the X-ray diffraction studies of British biophysicist Rosalind Franklin. Just before the elucidation of the structure of DNA by Watson and Crick, G. Wyatt (now at Queen's University) described 5-methylcytosine, the first modified base found in DNA molecules, and confirmed base pairing and the base composition of a number of DNAs.

DNA was postulated as the template for RNA synthesis by French biochemists Jacques Monod and François Jacob (NOBEL PRIZE, 1965). RNA synthesis is called transcription; protein synthesis from the RNA transcript is called translation. Once the protein is translated, depending on the type of cell, it can then undergo a series of changes (eg, addition of carbohydrate or lipid) to make the complex proteins that are part of many cells.

A large part of research in molecular biology has been undertaken on VIRUSES, the simplest of life forms, because they have no complex cellular structure or cell membrane. Some of the earliest basic studies on viral systems were made by Canadian researcher Felix d'Herelle, who independently discovered bacteriophages (bacterial viruses). Viruses are composed either of DNA or RNA with associated proteins, and thus can be used as model systems for examining replication (DNA synthesis), transcription and translation.

Bacteriophages were the first to be examined in detail. DNA synthesis is best understood in these viruses mainly because of studies led by American biochemist A. Kornberg (Nobel Prize, 1959). More recently, eukaryotic viruses (those that attack nucleated cells) have been used. The virus can be considered a microcosm of the cells and tissues of animals, and its molecular biology is controlled by mechanisms analogous to those in cells. Viruses that have RNA as their genetic material are called retroviruses; some retroviruses have been implicated in human CANCER. However, most viruses that attack eukaryotic cells are DNA viruses.

Molecular biology has expanded as a result of the application of recombinant DNA techniques (GENETIC ENGINEERING), following the isolation of restriction enzymes in 1970 by American biochemist Hamilton Smith (Nobel Prize, 1978). Restriction enzymes cut DNA molecules at specific sites (base sequences); joining enzymes can link together the DNA fragments.

In 1977 the first recombinant molecules composed of mammalian DNA inserted into bacterial elements (plasmids) were constructed. Plasmids are particles found in some bacterial cells that contain DNA, but they are not part of the chromosomal apparatus of the bacterium. The next important discovery was of "gene splicing"; ie, the RNA synthesized from the DNA of eukaryotic cells can be much larger than the final messenger RNA product, because those segments of the RNA product that are not necessary to code for the protein message are cut out, and the remaining RNA spliced together.

This work was followed by the development of powerful, fast and relatively easy methods for determining the base sequence of DNA (the order of the base components in DNA). Two laboratories, those of Walter Gilbert in Cambridge, Massachusetts, and Fred Sanger in Cambridge, England, developed different methods. Gilbert, Sanger and Californian Paul Berg (who performed the first cloning experiments) received a Nobel Prize in 1980.

Changes in Classical and Molecular Genetics

Canadians have played an important part in the development of molecular biology. Gobind Khorana (Nobel Prize, 1968), the first to chemically synthesize a nucleic acid molecule, started his work at the BC Fisheries Research Laboratories in Vancouver. Khorana's many students include Gordon Tener, who developed a chromatographic column for separating nucleic acids over a range of sizes, an innovation that has had tremendous methodological impact on molecular biology, and, who was a member of Sanger's laboratory when the first DNA virus molecule was sequenced in 1977.

Groups are now undertaking research in molecular biology in all major Canadian universities (within laboratories in faculties of medicine and science), in the BIOTECHNOLOGY companies located in most provinces, and in many federal and provincial laboratories. 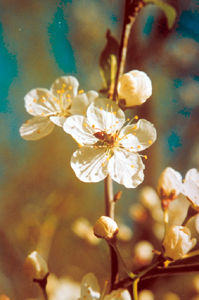