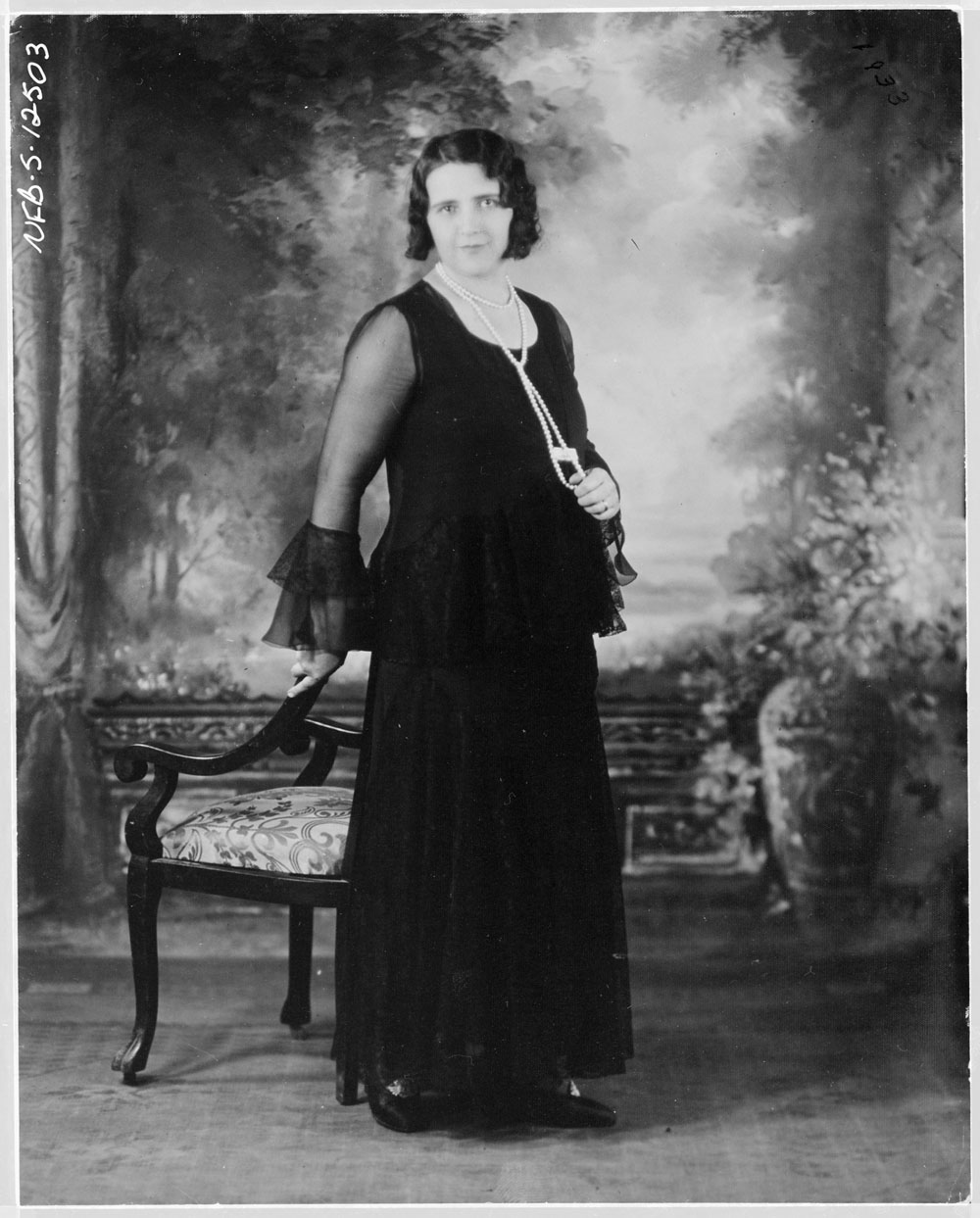 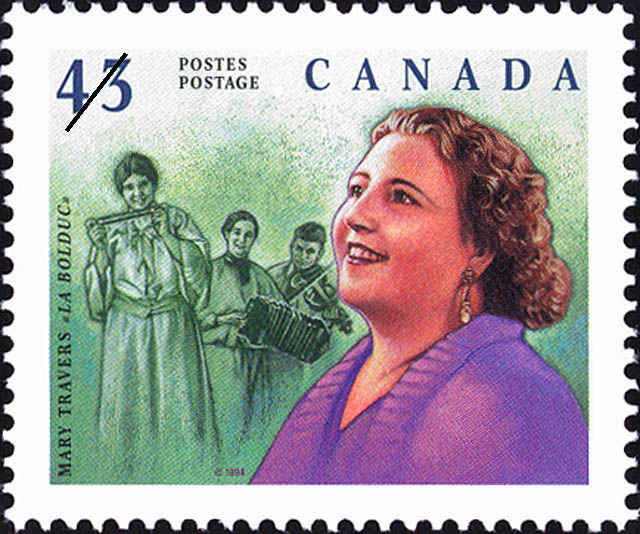 Madame or La Bolduc (née Marie or Mary-Rose-Anne Travers), singer, songwriter, harmonica player, 'violoneuse' (born 4 June 1894 in Newport, Gaspésie, Que; died 20 February 1941 in Montreal). Born into a large family of Irish and French Canadian descent, she left home at 13 to earn her living in Montreal. A gifted child, she had learned easily to play the violin, the harmonica, the button accordion, and the jew's-harp. To pay for her trip to Montreal she played the violin in the main street of Newport while selling Red Pills - a patent medicine. In Montreal she worked at first as a domestic, then married Édouard Bolduc, a plumber, on 17 Aug 1914 and raised a large family. She began to perform publicly out of economic necessity.

After she accompanied the singer Ovila Légaré in a recording session, she was recommended to Conrad Gauthier, organizerof the Veillées du bon vieux temps at the Monument National. She was engaged at first as a violoneuse, but in 1927 Gauthier encouraged her to sing for the first time in public. Such was her success that Gauthier suggested that she compose some songs. Though she was scarcely known, her recordings of 'La Cuisinière' and 'La Servante,' issued on a Starr 78, quickly sold some 12,000 copies - a success unprecedented in Quebec at the time. There followed other songs and recordings which enjoyed great popularity because of their humour, frankness, and inimitable style of embellishment, with 'turlutages' or comic ritornelles produced by clicking the tongue against the palate. She performed tirelessly in Canada and the USA and continued to record, completing 85 songs on 43 78s for the Starr label before her death. Apex and MCA Coral have reissued many of her songs.

This likeable, joyous, and dynamic woman, composed her songs as she lived, wilfully, intuitively, guided by an uncommon sense of observation. She was Canada's first chansonnière in the true sense of the word, in that her verses deal with real life and, seen as a whole, reflect vividly the particular climate of the 1930s in Quebec. The daily problems and the material difficulties of ordinary people are reflected in her songs: 'Le Commerçant des rues,' 'L'Enfant volé,' 'Les Cinq Jumelles,' 'Les Colons canadiens,''La Grocerie du coin,' 'Les Agents d'assurance,' 'Les Conducteurs de chars,' and others.

La Bolduc has had a definite influence on the evolution of the chanson in Quebec and, though she has had many imitators, she has had no equals. She has become a legend, and her work may be considered a prototypical and permanent part of Quebec's legacy of song. 'Her songs have struck me for their reckless verve and unique twist of the tongue in the manner of the singers of the true soil,' said Marius Barbeau (quoted by Réal Benoit). Clémence Desrochers, Luc Plamondon, Pauline Julien, Plume Latraverse and others have claimed the legacy of one who has often been called the 'first committed singer of Quebec'.

LPs celebrating the music of La Bolduc have been made by Jeanne D'Arc Charlebois and Jean Carignan (Hommage à Madame Bolduc, issued by Philo), by Marthe Fleurant (La Bolduc'68, issued by Vedettes on VD 801), by André Gagnon (his variations on 11 of her songs, Les Turluteries, issued by Columbia) and by the rap group the French B which recorded in 1991 a modern version of 'La Bastringue'. In 1984, Jeanne d'Arc Charlebois devoted a recital to her in Montreal. A prize bearing her name was awarded to Claude Léveillée at the 1966 Festival du disque in Montreal. Jean-Paul Riopelle's painting 'La Bolduc' hangs in the foyer of the PDA's Salle Wilfrid Pelletier. In 1991, the Maison du pressoir in Montreal devoted an exhibition entitled 'Bonjour Madame Bolduc' to her. The Musée de la Gaspésie in Gaspé, holds numerous objects and documents relating to her.

On 20 February 2016, the 75th anniversary of her death, the Québec government named La Bolduc a person of historical importance — a symbolic gesture made under the province’s Cultural Heritage Act.