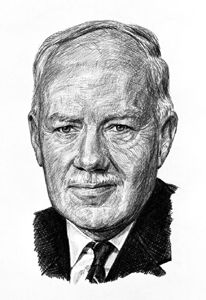 After studies at McGill U​niversity under Otto Maass (1927–29) and at Oxford University (1929–31), Pidgeon joined the National Resear​ch Council in Ottawa, initially working on electrochemical problems. During this period, he developed his well-known process for the production of magnesium metal of high purity (see Metallurgy). Because of the demand for magnesium during the Second​ World War, six magnesium plants were built throughout North America. In Canada, Pidgeon’s discovery led to the formation of Dominion Magnesium Ltd., which he joined in 1941 as director of research.

In 1943, he was appointed professor and head of the Department of Metallurgical Engineering at the University of ​Toronto, a post he held until his retirement in 1969. There he built a strong graduate school in metallurgy with a worldwide reputation. Although he was a chemist by background, his appreciation of the physics of metals led to the growth of physical metallurgy within his department. Under Pidgeon’s leadership, the department expanded into materials science in 1965, leading to the creation of the Materials Research Interdisciplinary Group within the Faculty of Applied Science and Engineering.

Pidgeon was appointed an Officer of the Order o​f Canada in 1996.​