Introduced to the blues by American radio programs, Richard Newell began playing the harmonica in 1956. He performed from 1961 to 1965 with a series of blues and rock bands in the Hamilton area including the Barons, who recorded the single “Bottleneck.” The Barons became Son Richard and the Chessmen and performed in Germany and England in 1965 as Son Richard and The Gooduns. Shortly afterwards, Newell left The Gooduns/Chessmen to sing and play harmonica with the Toronto-based Mid-Knights from 1966 to 1968. He recorded the single “Soul Man” with them.

From 1968 to 1970, Newell joined the influential rocker Ronnie Hawkins on tour. Hawkins thought Newell’s guitar playing was similar to that of Sonny Boy Williamson, and named him King Biscuit Boy after Williamson’s influential blues program King Biscuit Flour Hour on KFFA radio in Arkansas. Under Hawkins, Newell helped form his backup band And Many Others, which later became Crowbar.

A powerful blues and R&B singer and a volatile blues harmonica player, Newell was a frequent guest performer with Crowbar from 1970 to 1971. His song “Biscuit’s Boogie” was a crowd favourite. He toured with his own band in the United States and England in 1971. He began to pursue a solo career including making solo recordings and signed with Epic Records as a solo artist in 1974. Though intermittently inactive through the 1970s and 1980s, he continued to work in Canada and the United States and played on occasion with Hawkins and a revived Crowbar. During this period, Newell attained a somewhat legendary status among Canadian blues musicians. He continued to perform, less often, in Hamilton and other Ontario venues, until his death from the effects of alcoholism. 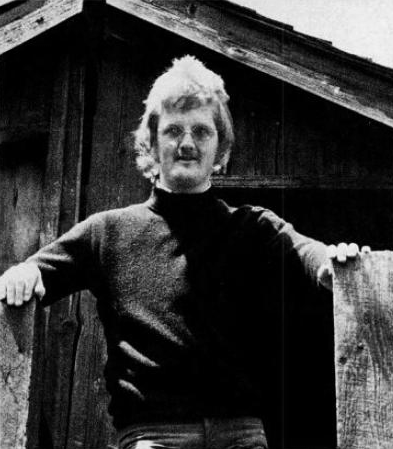 Stony Plain Records reissued several of Newell’s recordings on CD in the 1990s. Mouth of Steel was reissued as Hoodoo in My Soul by Blues Boulevard in 2012. King Biscuit Boy also made recordings with Hawkins, Crowbar, April Wine, Laurie Bower, Gary Buck, Walter Rossi, the US band the Electric Flag and others. Newell was twice nominated for Juno Awards — for Best Roots & Traditional Album in 1989 and Best Blues/Gospel Album in 1996 — and received the Great Canadian Blues Award in 1995.

Newell performed with such celebrated blues figures as Muddy Waters, Joe Cocker, Janis Joplin, Allen Toussaint and Johnny Winter. His talent and influence have been recognized by such legendary musicians as the Rolling Stones’ Keith Richards. Annual “Blues with a Feeling” tributes have been held in Hamilton every year since his passing. He was alsohonoured posthumously with lifetime achievement awards from the Maple Blues Awards and the Hamilton Music Awards.