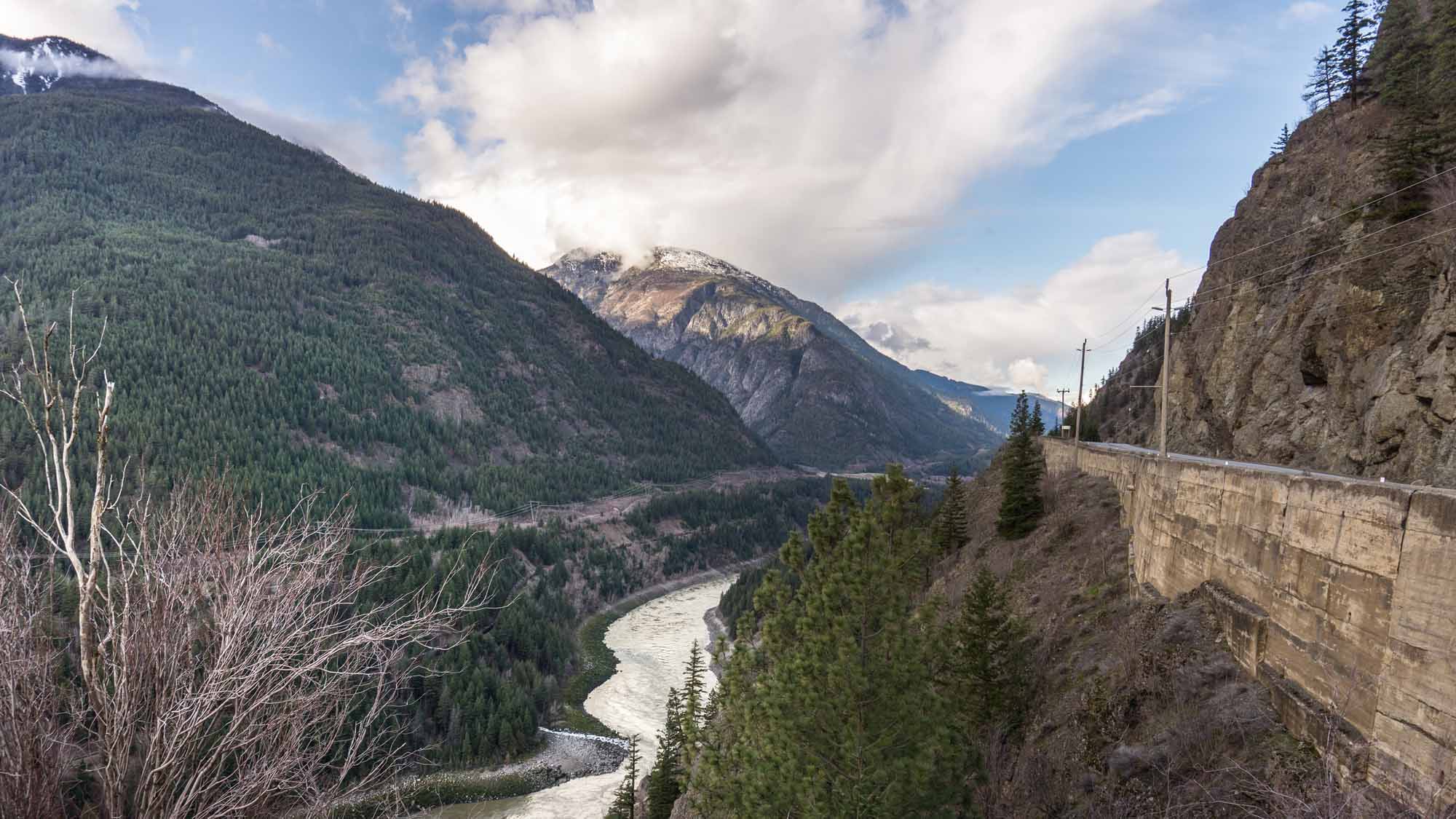 Views of the rugged Fraser Canyon as it winds its way from the Rocky Mountains to the Pacific Ocean. The Fraser Canyon is a major route for trains that take goods from Central and Western Canada to the port of Vancouver. Photo taken on: February 14, 2015

North of Hope, BC, on the Fraser River (Corel Professional Photos).
PreviousNext
The Fraser River Canyon was formed during the Miocene period (22.9-5.33 million years ago) when the river cut down into the uplifting southern part of the Interior Plateau of British Columbia. The canyon characteristics of this middle section of the FRASER RIVER extend about 270 km north of Yale to the Fraser's confluence with the Chilcotin River. At HELLS GATE, south of Boston Bar, the canyon walls rise about 1000 m above the narrow, rushing river. Two transcontinental railways and the TRANS-CANADA HIGHWAY have been carved into the rocky canyon sides. Fish ladders were built along the river's side to permit migrating PACIFIC SALMON to pass a former rockslide that partially blocked the river. During the FRASER RIVER GOLD RUSH of the late 1850s, 30 000 gold seekers searched the lower section of the canyon for gold.
×