Eleanor Coerr, journalist, children’s author (born 29 May 1922 in Kamsack, SK; died 22 November 2010 in Princeton, New Jersey). An award-winning writer of children’s books, Eleanor Coerr is best known for Sadako and the Thousand Paper Cranes (1977), the result of a childhood fascination with Japan and a reporting trip there in 1949. As the wife of a diplomat, Coerr spent many years abroad. Her travels inspired her writing, much of which focuses on historical figures and subjects from far-flung locales.

Eleanor Coerr, journalist, children’s author (born 29 May 1922 in Kamsack, SK; died 22 November 2010 in Princeton, New Jersey). An award-winning writer of children’s books, Eleanor Coerr is best known for Sadako and the Thousand Paper Cranes (1977), the result of a childhood fascination with Japan and a reporting trip there in 1949. As the wife of a diplomat, Coerr spent many years abroad. Her travels inspired her writing, much of which focuses on historical figures and subjects from far-flung locales. 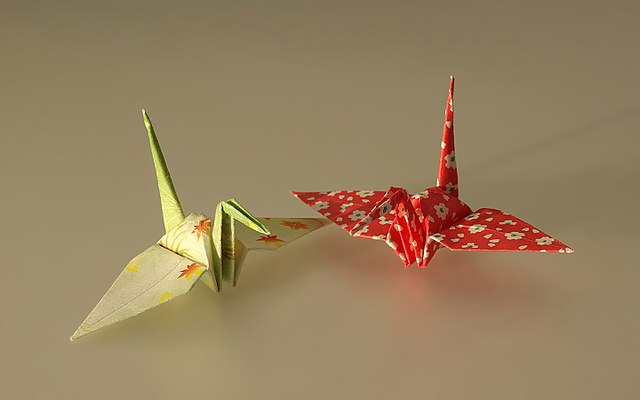 Eleanor Coerr (née Page) was born in Kamsack, in eastern Saskatchewan. She grew up in Saskatoon, where her father was a small businessman and a gambler. As a child she loved to read and make up stories. One Christmas, she received a book with coloured illustrations titled Little Pictures of Japan. She was instantly enamoured with the images of children in beautiful kimonos chasing butterflies and catching crickets. In high school, she befriended a Japanese Canadian classmate whose family introduced her to origami, brush painting and eating with chopsticks. Coerr attended the University of Saskatchewan in Saskatoon. She also studied airbrush painting.

In 1949, Coerr was working for the Ottawa Journal as a reporter and youth columnist. Although she had little experience as a foreign correspondent, she eagerly responded to the paper’s request for a journalist to travel to Japan and report on postwar conditions there. No one else volunteered to visit the war-torn country, so the Journal agreed to send her. When she told her family of her plans, her father, who was himself driven by ambitious, often impractical dreams, told her, “Make lots of good memories, and don't be afraid to take risks. That is how we learn to be brave.”

There were no civilian ships or flights available to Japan at the time, so Coerr booked passage on a Dutch freighter delivering military supplies to Yokohama, as she recalled in an unpublished memoir. She lived with a Japanese family on a farm near Yonago, on the north coast of Japan, and spent a year there learning the language and customs. She also visited nearby schools, speaking to the children about Canada. During that time, Coerr wrote and illustrated a book titled Circus Day in Japan, which was published in Tokyo in 1953. She then set off on her own and visited Hiroshima, the site of the atomic bomb blast on 6 August 1945. Coerr was deeply moved by the people and stories she encountered there. 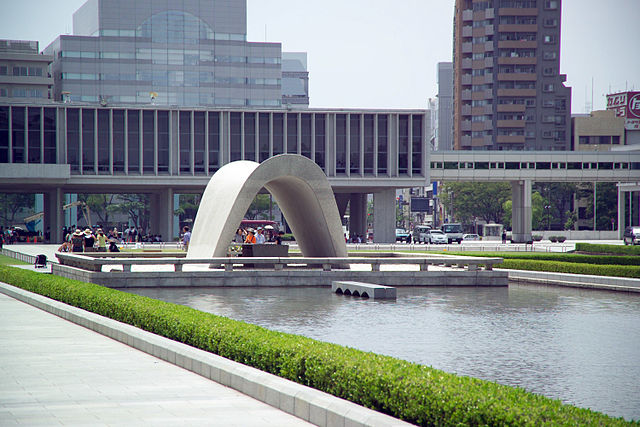 At the time of her departure for Japan, Coerr was newly married to Robert Hicks, a US Air Force officer. In 1950, Hicks was called back to active duty due to the outbreak of the Korean War. In 1952, he was transferred from Korea to the US base at Nagoya, Japan. Coerr moved into a hotel in Nagoya, and there she gave birth to her first son, Robert, in 1952. The couple moved to the United States the following year, and their second son, William, was born in Alabama in 1953. Over the next decade, the family moved from Alabama to California, and from there to the Philippines and Thailand.

Eleanor and Robert Hicks divorced, and in 1965 she married Wymberly deRenne Coerr, a native New Yorker and diplomat who was the US Ambassador to Uruguay and Ecuador. The couple spent two years in Ecuador, where Eleanor established the first free children’s library in Quito.  They returned to the US in 1967. Coerr went back to school, earning a bachelor’s degree in English from American University in 1969 and a master’s degree in library science from the University of Maryland in 1971. 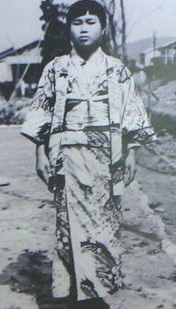 Sadako and the Thousand Paper Cranes

Coerr went back to Hiroshima in 1963. In Hiroshima Peace Memorial Park, a statue had been erected to commemorate a young girl named Sadako Sasaki, who was a toddler when the atomic bomb hit her city. Sasaki later contracted leukemia due to radiation. Inspired by a Japanese legend, she set a goal of folding one thousand origami cranes. After she completed this task, she believed she would be granted a wish, which was to live through her illness. But Sasaki died in 1955 at the age of 12. Her classmates wrote, photocopied and sold booklets telling Sasaki’s story to raise funds for her memorial statue.

Coerr was touched by the story and tried to locate a copy of the booklet, to no avail. Years later, she was having tea with a friend who had been a missionary stationed in Hiroshima during the war. The friend suggested Eleanor write about Sasaki, and when Coerr lamented that she could not find a copy of the girl’s story, her friend went into her attic and found the booklet in an old trunk.

Coerr’s novella, Sadako and the Thousand Paper Cranes, was published in 1977. It has since sold more than 1.5 million copies and been translated into many languages. It has been adapted into plays, ballets and songs. Coerr travelled around the world for speaking engagements based on the book’s success. In 1991, the book was adapted into a short film, narrated by Liv Ullmann. In May 2019, it was announced that Evan Rachel Wood had been cast as Coerr in a forthcoming feature film titled One Thousand Paper Cranes. 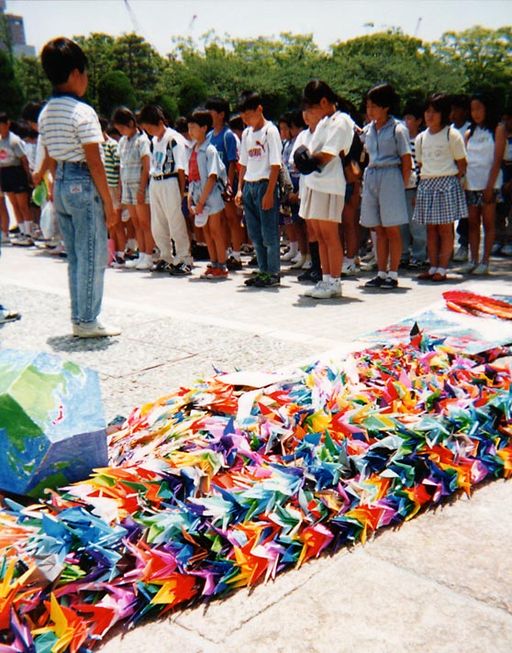 Japanese school children with a collection of paper origami cranes at the memorial for Sadako Sasaki in Hiroshima Peace Memorial Park, 1990.

Over the next four decades, Coerr wrote several books for children and young adults. Notable works include a 1976 biography of Jane Goodall; the novella Mieko and the Fifth Treasure (1993), a fictional story about a young girl who was injured by the atomic bomb dropped on Nagasaki; Sadako, a 1993 reimagining of her most famous tale, with images by the Chinese-American illustrator Ed Young; and Buffalo Bill and the Pony Express (1995), about “Buffalo Bill” Cody.

In May 2010, Coerr was honoured at the Tribute World Trade Center Visitor Center in New York, along with Sadako Sasaki’s brother, Masahiro Sasaki, who presented Coerr with one of his sister’s original origami cranes. Coerr died on 22 November 2010 at the age of 88.