Rathburn studied piano with Eric Rollinson in Saint John, New Brunswick, where he played with Don Messer and His Islanders in his late teens. He studied music at McGill University and won a Canadian Performing Rights Society scholarship for his compositions Silhouette (1936) and To A Wandering Cloud (1938). In 1938–39, he attended the Toronto Conservatory of Music (now the Royal Conservatory of Music), where he studied composition with Healey Willan, organ with Charles Peaker and piano with Reginald Godden.

In 1939 he returned to Saint John, where he worked as a dance band pianist, church organist and radio arranger. After his composition, Symphonette (1943), received first prize in the 1944 Los Angeles Young Artists' Competition, he travelled to California, where the work was played by the Los Angeles Philharmonic under Alfred Wallenstein. Rathburn also met Arnold Schoenberg, one of the competition judges.

Rathburn joined the NFB at its head office in Ottawa in 1944 and was their staff composer until 1976. In common with other NFB composers, Rathburn developed a light-textured and economical style readily adaptable to the mood of a film. By 1976, in addition to many concert works, he had composed some 300 scores, mostly for short films, including: Colin Low’s The Romance of Transportation in Canada (1952), Corral (1954) and Circle of the Sun (1961); Tom Daly’s Introducing Canada (1956); Wolf Koenig and Low’s City of Gold (1957), which was the basis for a symphonic suite of the same name; Terence McCartney-Filgate’s The Back-Breaking Leaf (1958); Norman McLaren’s Short and Suite (1959); Roman Kroitor and Low’s multiple-award-winning and influential Universe (1959); Hubert Aquin’s À Saint-Henri le cinq septembre (1962); Don Haldane’s Drylanders (1963); Don Owen’s landmark feature Nobody Waved Good-bye (1964); Gerald Potterton’s The Railrodder (1965) with Buster Keaton; and Kroitor, Low and Hugh O’Connor’s Labyrinth (1967), a multi-screen extravaganza for which a special theatre was built at Expo 67.

Rathburn also taught film score composition at the University of Ottawa from 1972 to 1976. He remained active during his semi-retirement in Ottawa, composing more than 30 scores. He wrote the music for a number of IMAX films, including Beavers (1988), The First Emperor of China (1990), The Last Buffalo (1990) and Momentum (1992, for Expo 92 in Seville, Spain), and for several features, such as Allan King’s Who Has Seen the Wind (1977), Donald Brittain’s Canada’s Sweetheart: The Saga of Hal C. Banks (1985) and the NFB tribute, Creative Process: Norman McLaren (1990).

Rathburn also continued until his death to write many concert works. Always intrigued by music with a railway theme, he released a CD through Crystal Records in 1994 with, among other works, “The Rise and Fall of the Steam Railroad,” “Six Railroad Preludes,” “Two Railoramas” and “Turbo,” his humorous take on the ill-fated Montréal-Toronto high-speed TurboTrain.

He enjoyed a late-career resurgence, which began in 1995 when Julian Armour, then director of the Ottawa International Chamber Music Festival (OICMF), programmed several of Rathburn's works. Audience reception was so favourable that Rathburn's music became a staple of the festival. Works of his that were played at the festival include the humorous and affectionate Ottawa Suite (1996, 2001), Subway Thoughts (1993), Schoenberg vs. Gershwin: A Tennis Match (1991) and Diabolus in Musica (2007). On 31 July 2006, the OICMF held a concert dedicated to Rathburn's music in honour of his 90th birthday. The CD Eldon Rathburn: Works was released at the event.

The subject of a 1995 NFB documentary Eldon Rathburn: They Shoot... He Scores, Rathburn was named a Member of the Order of Canada in 1998. In 2000, he received the Arts and Heritage Award in music from the City of Ottawa. Two of his compositions for winds were included in volume 24 of The Canadian Musical Heritage (see Canadian Musical Heritage Society). His scores are held at Library and Archives Canada. 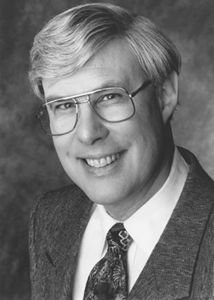