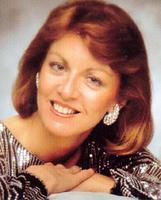 Catherine Robbin. Mezzo-soprano, b Toronto 28 Sep 1950; BA (Toronto) 1977. She studied with Dorothy Allan Park at the RCMT, with Jacob Hamm and Phyllis Mailing in Vancouver, and with Audrey Langford in London and took master classes and private lessons with Ré Koster in Canada, the USA, and France and with Sir Peter Pears in England. Her professional debut as a singer took place in 1972 in Messiah with the St Catharines SO (Niagara Symphony). She won the Caplet Award at the 1978 Concours international de chant in Paris, a silver medal at the 1978 Geneva Concours international, and the Gold Award at the 1979 Benson & Hedges International Competition for Concert Singers. In 1978 she began to perform in a trio with John Dodington, bass, and Jane Coop (later replaced by Valerie Tryon), piano. Also in 1978 with Coop she performed Michael Colgrass' set of songs New People for the CBC. In 1979 for JM she made the first of several tours to France and appeared at the Bordeaux Festival (in Beethoven's Symphony No. 9) and the Saint-Lizier-en-Ariège Festival. She made her New York recital debut 23 Mar 1981. In 1982 she sang Dido in the Stratford Festival production of Purcell's Dido and Aeneas, after which John Kraglund wrote that she had 'made sensitive use of a voice which is unquestionably the greatest, in its range, that Canada has produced in several decades' (Toronto Globe and Mail, 7 Jul 1982).

Robbin has performed in recital and in oratorios and concerts with major Canadian orchestras and choirs. She also has sung with the Boston SO, the Buffalo Philharmonic, the English Baroque Soloists, the National SO, and the St Louis SO, among others. She has been heard on the BBC, the CBC, and Radio France, and has performed extensively throught North America and Europe. Although she has preferred oratorio and concert work, Robbin has performed such operatic roles as Frédéric in Mignon (1976, for Stuart Hamilton's Opera in Concert series), Lucretia in The Rape of Lucretia (1979, Aldeburgh, England), the title role in Mignon (1984, Opera in Concert), and Olga in Eugene Onegin (1984, Lyons Opera). She has sung many Handel opera roles, including Cleone in Alessandro (1985, Kennedy Center and Carnegie Hall), the title role in Julius Caesar (1987, Edmonton), Medoro in Orlando (1989, Academy of Ancient Music US tour), Bradamante in the Canadian premiere of Alcina (1990, Vancouver Opera), and the title role in the North American premiere of Floridante (1990, with Tafelmusik).

Robbin's voice has a remarkable timbre which, through its focus, range and evenness is ideally suited to baroque music. In the early 1980s she came to international prominence in this repertoire, collaborating with renowned specialists such as Christopher Hogwood, Trevor Pinnock, and in particular, John Eliot Gardiner, with whom she made the 1982 recording of Messiah. There is, however, a richness and resonance in her voice, which has been compared to Janet Baker's, and this allows her to be equally at home in the romantic German and French repertoire.