This article was originally published in Maclean’s magazine on October 9, 1995. Partner content is not updated. 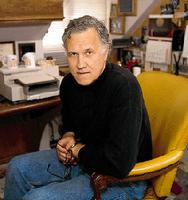 Among his longtime buddies from the Toronto suburb of Scarborough, with their taste for fast cars, strong drink and beautiful women, Paul Bernardo was often the life of the party. The handsome onetime accountant had a beguiling charm, which his friends admired, and many young women in their late teens and early 20s found utterly irresistible. But that amiable facade was a mask that hid Bernardo's molten hatred of females, and a jagged rage that drove him to kidnap, rape and murder two teenage schoolgirls in the St. Catharines, Ont., home he shared with Karla Homolka, then his wife. Bernardo, 31, and all his personal demons are now locked up for a minimum of 25 years following his conviction on Sept. 1 on two counts of first-degree murder. But his sensational trial left numerous blanks in the story of a twisted young suburbanite, his strikingly attractive accomplice and their sinister relationship.

Most of the gaps have been filled by the publication of Deadly Innocence (Warner, 564 pages, $6.99), written by Toronto Sun reporters Scott Burnside and Alan Cairns, and Lethal Marriage (Seal, 544 pages, $7.99), by The Toronto Star's Nick Pron. Both books - released within days of Bernardo's conviction - contain detailed accounts of his upbringing in an affluent family that was rife with conflict and devoid of love. However, because Cairns and Burnside were able to interview several of the couple's closest friends, they provide the more compelling account of Bernardo's teens, his adult years and his relationship with Homolka. Still, they come no closer than Pron to unravelling the most puzzling aspect of this case: Homolka's participation in Bernardo's crimes, for which she received a relatively lenient 12-year sentence for manslaughter in July, 1993, after agreeing to testify against her former husband.

Pron and his rivals from the Sun attended Bernardo's trial almost daily, and they relied extensively on the evidence to produce their books, both written in a breezy, journalistic style. But Pron went much further than Cairns and Burnside - some would say too far - in that regard. He has quoted, almost verbatim, the transcripts from 3½ hours of homemade videotapes that depict Bernardo and Homolka raping Leslie Mahaffy, 14, and Kristen French, 15, whom they later murdered. He also used the transcript from a homemade videotape that shows the couple raping Homolka's drugged and unconscious sister Tammy, 15, who choked to death on her vomit shortly after the attack. The transcripts, never before published in their entirety, have a certain value in that they clearly show Bernardo as the perpetrator of these crimes, and Homolka as a follower. And they reveal Bernardo for what he is: a vicious sexual sadist who found nothing more pleasurable than inflicting pain on his terrified teenage victims. But the material is also so repulsive that it may force some readers to set aside the book, which carries a warning about its violent content on the cover.

With the co-operation of Bernardo's boyhood friend Van Smirnis, the Sun reporters go a long way towards explaining how Bernardo became so filled with hatred. They contend that he and his two elder siblings were raised in a loveless home by their authoritarian father, Kenneth, a fastidious accountant who dressed well and invested his money carefully, and their stay-at-home mother, Marilyn, whom they portray as an erratic, overweight hypochondriac.

Bernardo's already turbulent emotions were irrevocably poisoned when, at age 16, his mother revealed to him that he was illegitimate. His real father, she told him, was her teenage sweetheart. "Marilyn's revelation clawed at Paul's soul," Cairns and Burnside write. "The feeling of betrayal by the woman who should have loved him more than anyone else in his life would not leave him, ever."

Outwardly, however, Bernardo was all smiles and charm. Appearances to him were everything. He dressed smartly, devoured motivational tapes and books, lifted weights, spent money recklessly and dreamed of being rich. He dazzled his male friends with his ability to charm women, his instant conquests and his countless infidelities. It was, in fact, no surprise to any of them when Homolka fell under his spell as a 17-year-old high school student from St. Catharines.

The two books are not the first to stray into the Bernardo labyrinth. Even before Bernardo had been convicted, two volumes, Karla's Web, by University of Western Ontario English professor Frank Davey, and A Marriage Made for Murder, by New Brunswick writer Brian O'Neill, had appeared. A fifth book, tentatively titled Invisible Darkness, by Toronto writer Stephen Williams, is due in the spring. As for Cairns, Burnside and Pron, all say they are physically and emotionally drained from working on their books while covering the four-month trial. And all are happy finally to put the monstrous depravity of Paul Bernardo behind them.