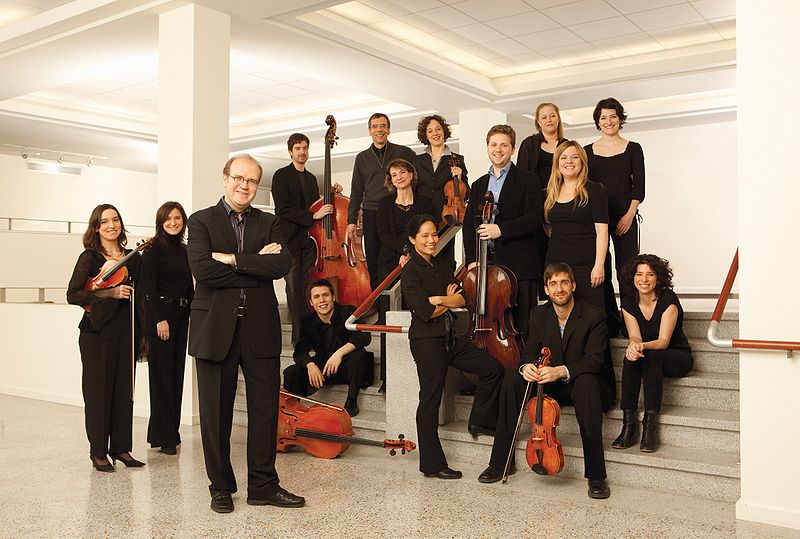 Bernard Labadie. Conductor, b Quebec City 27 Mar 1963; B MUS (Laval) 1986, premier prix harmony (CMM) 1988, deuxième prix counterpoint (CMQ) 1989. Labadie's interest in music, especially Baroque music, started when he received an album of Bach's Mass in B Minor at age 11. He studied recorder and voice at the CÉGEP Ste-Foy before enrolling at Université Laval, where he first conducted as a student project. He studied Gregorian chant with Dom Jean Claire at the Saint-Pierre de Solesmes Abby in France, and conducting privately with Simon Streatfeild (1983-7); Pierre Dervaux at the Domaine Forget (1986, 1987) and in Saumur, France (1987); and briefly at the Bachakademie in Stuttgart, Germany, with John Eliot Gardiner (1991). In 1987 he received the Sir Ernest MacMillan Memorial Foundation Young Musician Award.

Career
In 1983, at 19, Labadie's interest in conducting led him to direct Purcell's Dido and Aeneas with a student ensemble; they produced the first Quebec performance of Monteverdi's L'Incoronazione di Poppea the next year. Labadie and several of the musicians then formed a chamber orchestra, Les Violons du Roy, dedicated to period performances. The ensemble, under Labadie's direction, gave its first concert 14 Oct 1984. In 1985, Labadie founded the orchestra's partner choir, La Chapelle de Québec (originally l'Ensemble vocal Bernard Labadie). The first performance concert given by the combined forces was Handel's Dixit Dominus in 1985.

He first came to widespread recognition when he led Les Violons du Roy and La Chapelle de Québec in a performance of Mozart's Requiem at the funeral of René Levesque in 1987. They began touring in 1988 and have since performed in Belgium, Spain, Germany, France, England, Austria, Denmark, Holland, Morocco, Ecuador, Mexico, the US, and across Canada. Notably, he kept an engagement with Les Violons for concerts in New York City in late September 2001 despite the recent terrorist attacks, giving performances of Haydn's Lord Nelson Mass and Mozart's Requiem. In 1992, Labadie signed a recording contract for Les Violons with the American label Dorian, which has released 12 albums since their 1993 debut, Simphonies des noëls.

In 1987-8 Labadie was apprentice conductor with the Orchestre symphonique de Québec (OSQ), and he conducted the OSQ chorus 1989-95. He was music director for the Opéra de Québec 1994-2003 where, along with artistic director Grégoire Legendre, he led that company to a renewal.

Labadie increasingly gained a reputation for excellence throughout the 1990s, conducting every major symphony orchestra in Canada as well as winning praise at home for his interpretation of Handel's Messiah with Les Violons, while getting his first international accolades for his Messiah performance with the Minnesota Orchestra in 1999. He has maintained a busy schedule as guest conductor, performing with the symphony orchestras of Los Angeles, Saint Louis, Philadelphia, San Francisco, Miami, Utah, and Atlanta, as well as the New World Symphony and the St Paul Chamber Orchestra. He has also performed with Chicago Baroque, the Philharmonia Baroque, and the Handel and Haydn Society, as well as the New York City Ballet. Labadie was music director at the Opéra de Montréal 2003-6, conducting Handel's Agrippina and Bizet's Carmen to great acclaim in the 2004-5 season. Public interest was fervent; 30,000 people reportedly saw Carmen.

Style
Labadie is considered one of the best and most adaptable conductors in Canada, a reputation that has carried over to the international scene. The Denver Post said that he conducts with an "extraordinary rush of energy and sheer joyousness injected into every minute," while The Daily Telegraph described him as ". . . A fine instinctive musician . . ." who " . . . moulds the phrases, plucks out all-important details in the texture and radiates an infectious joy in the music" (5 Jun 2003). One of Labadie's most notable characteristics is an open-mindedness to new ways of playing music that both respect the tradition from which the music springs, and bring the works to new light. Examples of this proclivity are numerous, ranging from the use of period bows on modern instruments, to arranging Baroque keyboard works for chamber orchestra.

Awards
Labadie has been the recipient of many awards nationally and internationally. He received the Raymond-Blais medal from the Université Laval Alumni Association in 1992, the Prix du rayonnement international from the Conseil de la culture de la region de Québec and the Prix de l'Institut Canadien de Québec in 1998, a Prix Opus for best artistic director in 2006 and the Banff Centre's 2008 National Arts Award. He was named Officer of the Order of Canada in 2005 and Chevalier de l'Ordre national du Québec in 2006. Two of his recordings have won Junos, the first in 2001 for Handel: Apollo e Dafne, and the second in 2002 for Mozart: Requiem.