Audrey Grace Thomas, née Callahan, novelist and short story writer (b at Binghamton, NY 17 Nov 1935). Audrey Thomas was educated at Smith College, Mass, and St Andrews University, Scotland, and then taught in England for a year. In 1959 she moved to Canada and in 1963 earned an MA at the University of British Columbia. From 1964 to 1966 she lived in Ghana, but eventually settled on Galiano Island. She has published more than 15 novels and short story collections, more than 20 radio plays, several broadcast on CBC Radio, and numerous travel articles, some of which featured in Air Canada's in-flight magazine.

Audrey Thomas' first published story "If One Green Bottle..." appeared in the Atlantic Monthly in 1965. It won the Atlantic First Award, and led to the publication of her first short story collection, Ten Green Bottles in 1967. The story recounts the loss of a child through miscarriage, introducing one of Thomas' recurring subjects, lost children. Besides the love and loss of children and lovers, other recurrent themes in her fiction include art and the artist, and illusion and reality.

Many of Audrey Thomas' works are transparently autobiographical. Despite her contention that Songs My Mother Taught Me (1973) is purely fictional, the parallels between the protagonist's and the author's lives are unmistakeable. For example, both author and character fondly recall their grandfathers and summers at his lakeside cottage, and both worked at an insane asylum. Mrs. Blood (1970) and Blown Figures (1974) continue Isobel Cleary's story: both novels are set in Africa and revisit the subject of the lost child, expanding on the pain and guilt of miscarriage. The style of these novels is highly innovative, dividing the narration between two voices and incorporating numerous fragments from newspaper articles, dictionary definitions, nursery rhymes and songs.

These stylistic techniques are revisited in Graven Images (1993). The work was first conceived as a memoir, but developed into a novel, further emphasizing the autobiographical nature of Thomas' writing. Graven Images builds on the motif of the lost child, but is equally a story about family history and about mothers and daughters. This is another central subject in Thomas' fictions, and recurs in the short story collection Real Mothers (1981) and novel Intertidal Life (1984).

In Isobel Gunn (1999) Audrey Thomas recreates the story of the young Orkney woman who disguised herself as a man and traveled to RUPERT'S LAND as an employee of the HUDSON'S BAY COMPANY, and who was only unmasked when she gave birth. Thomas challenges the belief that Isabel merely followed her lover, instead seeking to explain why Isabel came to Rupert's Land disguised as a man, how she disguised herself for 18 months, and what happened once she was discovered. The novel examines relationships between men and women within the context of Canadian colonization, connecting the politics of gender and empire. Thomas' writing has been described as feminine; her forte is the minutiae of women's lives, and she has claimed to strive "to demonstrate the terrible gap between men and women" and "to give women a sense of their bodies."

Her style is characterized by word play; she emphasizes puns, etymologies, euphemisms, words within words, and pointing to the inherent possibilities, ironies and ambiguities of language. This close attention to language highlights the act of writing itself, and the possibilities and impossibilities of communication in human relationships. Her writing is also rich with literary allusion, from Shakespeare to Conrad, and from the Bible to Alice's Adventures in Wonderland. Her 2005 novel, Tattycoram, recreates Charles Dickens' character Harriet Beadle (Little Dorrit), making her a maid in the Dickens' household and ending the novel with a confrontation between Harriet and Dickens himself.

Audrey Thomas is a multi-award winning author. She has been recognized provincially, winning the Ethel Wilson Prize three times (for Intertidal Life, 1985, Wild Blue Yonder, 1991 and Coming Down from Wa, 1996). She has twice been nominated for the Governor General's Award (1984 and 1985), and has been internationally recognized with the Canada-Scotland Writer's Literary fellowship (1984-6) and the Canada-Australia Literary Prize (1989). In 1987 she won the Marian Engel Award, awarded annually to a female Canadian author for her contribution to Canadian literature. In 2003 Audrey Thomas won the Terasen Lifetime Achievement Award. 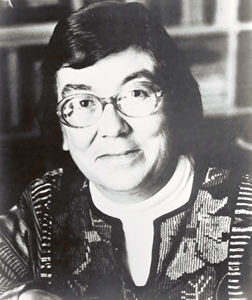