Arthur (Marcello) Ozolins. Pianist, b Lübeck, Germany, of Latvian parents, 7 Feb 1946; naturalized Canadian 1964; B SC (Mannes College) 1967. Arthur Ozolins spent his childhood in Buenos Aires and his early teens in Toronto, where he studied piano at the Royal Conservatory of Music with Alberto Guerrero, Boris Roubakine, Raphael da Silva, and Jacques Abram. At 14 he was chosen by Walter Susskind to perform a concerto with the National Youth Orchestra, and the following year he appeared twice with the Toronto Symphony Orchestra. He spent the years 1963-4 in Paris as a pupil of Nadia Boulanger, and the years 1964-7 in New York with Nadia Reisenberg at the Mannes College of Music, from which he graduated with the highest academic average in the college's history to that date. He continued to study with Reisenberg in New York and 1969-70 with Vlado Perlmuter in Paris. In 1968 he won first prize in the CBC Talent Festival and also in the Edmonton Symphony Orchestra competition.

Ozolins has performed over 50 times with the Toronto Symphony and has appeared with other major North American orchestras, including the Cleveland Orchestra, the St Louis Symphony Orchestra, the Montreal Symphony Orchestra, and the National Arts Centre Orchestra. He gave a recital of music by Jean Papineau-Couture, Clermont Pépin, and Igor Stravinsky at the Canadian Cultural Centre in Paris in 1977 and gave recitals that same year in Sydney and Adelaide under the auspices of the Latvian Federation of Australia. True to his origins, Ozolins has been a champion of Latvian piano music in Canada and abroad and has recorded works by the Latvian composer Janis Medins and the Latvian-Canadian composer Talivaldis Kenins. He premiered Janis Kalnin's Concerto for Piano and Chamber Orchestra 6 Jul 1986 at the eighth Latvian Festival, and Kenins' Concerto for Piano with Strings and Percussion 6 Jul 1991 at the ninth festival, both in Toronto's Roy Thomson Hall. Ozolins has also performed and broadcast the music of Srul Irving Glick.

In 1978, on two weeks' notice, Ozolins was the soloist on an eight-city tour of the western USA by the Vancouver Symphony Orchestra. After the concert in Los Angeles, in which Ozolins played Chopin's Concerto in F Minor, the critic for the Los Angeles Times (20 Apr 1978) noted the pianist's 'articulate virtuosity, a seamless legato, ravishing tone at all dynamic levels, deep poetry and startling musical directness. A Chopinist of individual stamp, Ozolins brought both vigor and grace to this exigent work...' In the fall of 1978 Ozolins was the soloist in Prokofiev's Concerto No. 2 with the Toronto Symphony on its US tour, which included concerts in Carnegie Hall and the Kennedy Center. He also appeared in Sweden with the Stockholm Philharmonic and in England with the Hallé Orchestra that year. He toured the USSR for the first time in January 1979, giving recitals in Leningrad, Moscow, and Riga. In 1983 he enhanced his reputation as an interpreter of the music of Rachmaninoff when he was the accompanist for more than 20 performances of The Three Sisters by the ballet company of the Royal Swedish Opera. In 1989 he toured as soloist with the Calgary Philharmonic. Ozolins completed two tours to South America and seven to the USSR, in addition to recital and orchestral appearances in North America and Europe. Among the orchestras with which he has toured are the Royal Philharmonic, St Petersburg, Stockholm and Oslo, Barcelona, and Taiwan orchestras. He continues to give solo and chamber recitals in Canada, particularly Toronto.

In addition to his many public appearances Ozolins has performed frequently on CBC radio and TV and has been heard on the national networks of the UK, Australia, Norway, Poland, Sweden, and the USSR. He has appeared with the Kroll String Quartet. In 1973, with the violinist Marta Hidy and the cellist Tsuyoshi Tsutsumi, he formed the Hidy-Ozolins-Tsutsumi Trio. The final appearance of the trio was in December 1983 at Roy Thomson Hall. His 1980 Aquitaine recording of Stravinsky and Chopin won a Juno Award, and his recording of the Rachmaninoff Piano Concerto No. 4 received a Juno nomination. Ozolins has recorded all of the Rachmaninoff piano concertos with the Toronto Symphony for the CBC. The Latvian government awarded Ozolins its Three Star Order award (2003), and its Grand Music Prize (2002). 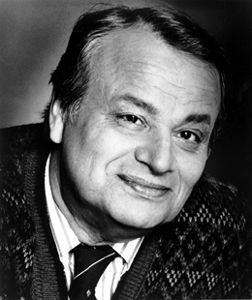