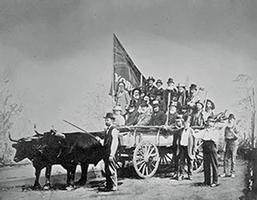 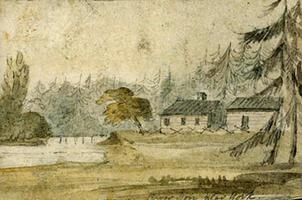 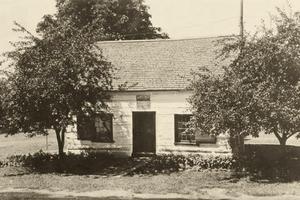 On 22 August 1879, members of the York Pioneers piled into a wagon and trundled along King Street, pulled by a team of oxen, on their way to Exhibition Park. Their goal was to re-erect a small cabin. It was the city's first act of architectural conservation.

Scadding Cabin, which was originally known as Simcoe Cabin, is Toronto's oldest house. The square-timbered cabin was built in 1794 by the Queen's Rangers for John Scadding, assistant to Lieutenant-Governor John Graves Simcoe. It was the second home built for John Scadding, the first cabin having burned down. It sat on a 100-hectare property on the east bank of the Don River where today Queen Street crosses the Don Valley Parkway.

In 1869, a small group of men formed the York Pioneers, concerned about preserving York County's early history. Ten years later, as Toronto was planning the inaugural Industrial Exhibition (now the Canadian National Exhibition (CNE) ), they were given the little cabin by John Smith, one of the Pioneers and owner of the former Scadding property. The Pioneers worked with the CNE's founders to move the cabin to its current site to celebrate the fair's inauguration. Proving that their pioneer spirit was not lost, the York Pioneers dismantled the cabin, moved it and re-assembled it using the tools and techniques of the past.

The cabin was renamed Scadding Cabin in 1901 to honour Henry Scadding, Toronto's first eminent historian and son of the original owner, who was a founding member and president of the York Pioneers (renamed the York Pioneer and Historical Society in 1891).