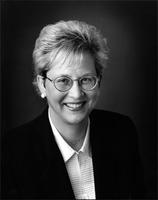 As Educator
Luengen demonstrated an early commitment to music education, earning a teaching certificate in secondary education from the University of British Columbia (UBC) in 1986, and establishing instrumental and choral music programs at Vancouver's St Thomas Aquinas High School, where she taught 1986-8. In 1995, she began lecturing in music theory, composition, and history at Simon Fraser University and UBC.

As Conductor
As a conductor, Ramona Luengen has become most widely known for her work with the Phoenix Chamber Choir. Its artistic director beginning in 1995, she has led the choir to win several top national awards and international honours. In addition, Luengen guest-conducted at the World Symposium on Choral Music (1993), and has directed the Amabilis Singers (1995, 2006-7); the UBC Collegium Musicum Vocal Ensemble (1996-2002); and the BC Honour Youth Choir (2005). In 2004 she was appointed conductor at Shaughnessy Heights United Church in Vancouver.

She has given choral workshops in BC and Alberta, and has adjudicated for the Metropolitan Opera National Council Auditions, the Canada Council's peer assessment committee, and the Powell River Music Festival.

As Composer
Primarily a composer of choral music, Ramona Luengen's works have been performed in Canada, the US, and Europe by groups including the Phoenix Chamber Choir, the Chor Leoni Men's Choir, the National Youth Choir of Canada, the Elora Festival Singers, the Ariose Women's Choir, the CBC Radio Orchestra, Chanticleer (San Francisco), Sequitur New Music Ensemble (New York), the Maryland All State Women's Chorus, and Choeur de femmes Calliope (France). Notable commissions have included Salve Regina for the Elektra Women's Choir in 1987; Ubi Caritas for Chor Leoni Men's Choir in 1995; Naomi's Road, a 45-minute opera for young people commissioned by the Vancouver Opera in 2005 and performed across BC, in Alberta, Seattle, and at Ottawa's Canadian War Museum as part of Vancouver Opera's "Opera in the Schools" program; and a piano concerto, commissioned by the CBC and premiered by Jane Coop and the CBC Radio Orchestra 20 Sep 2006. Several recordings of Luengen's works exist, particularly of her Salve Regina, Missa Brevis, Celebremus!, and Stabat Mater (the movement "Mother to her Dead Child" was recorded by Judith Forst, Mario Bernardi, and the CBC Vancouver Orchestra in 2000).

Awards and Achievements
Ramona Luengen has been the recipient of numerous awards for composition, including the Association of Canadian Choral Conductors' Outstanding Choral Composition and Choral Event of the Year awards for Stabat Mater in 1996 and the Associated Publishers award for Mésange in 2000. In 2006 she received the BC Choral Federation's Herbert Drost Award. Ramona Luengen is an associate of the Canadian Music Centre and a member of the Canadian League of Composers and the Association of Canadian Women Composers.