Psychiatry is the branch of medicine concerned with disorders of the mind (or mental illnesses) and a broad range of other disturbed behaviours, including behavioural and emotional reactions to physical disease, life stresses and personal crises; personality problems; and difficulties with coping, adjustments and achievement.

Psychiatrists are physicians, and in Canada they need to have passed the fellowship examination of the Royal College of Physicians and Surgeons of Canada, or, in Québec, to have obtained the specialist's certificate of the Professional Corporation of Physicians. The examination is preceded by a clinical internship and 4 years of postgraduate training in a recognized training centre. The program seeks to ensure that graduate psychiatrists are capable of independent diagnosis and management of the entire range of psychiatric disorders, are skilled in emergency psychiatry and competent in other long- and short-term psychotherapy as well as the biological therapies. All postgraduate trainees must register with a university and plan their programs in collaboration with the director of the residency program. Of the 4 years of training, 3 must be spent in intensive learning that provides basic clinical experience and theoretical instruction. There must also be at least 2 years of weekly supervision in long-term psychotherapy.

Psychiatry, in common with other mental-health professions, specializes in psychotherapy. In psychotherapy (often confused with psychoanalysis) a professionally trained person establishes a clinical relationship with a patient for the purpose of modifying symptoms, changing behaviour or promoting personality growth. There are many kinds of psychotherapy which differ in their emphasis upon restructuring attitudes, changing emotional responsiveness or modifying behaviour directly (supportive and re-educative psychotherapies are also used to deal with behavioural problems not classified as mental illness, such as vocational, school or marriage problems). Psychoanalysis, a term coined by Freud to characterize his system of free association, dream interpretation of resistance, and transference, is not widely practised in Canada, where few psychiatrists are trained in its methods. Biological treatments, eg, drugs and electroconvulsive therapy, supplement psychotherapeutic approaches to treatment by psychiatrists.

The overall knowledge about mental illness is greater than usually assumed, although specific measures for diagnosis have not yet been found. In an examination of a patient, the psychiatrist enquires into the personal, medical and family history of the patient and into the history of the complaint; notes the patient's behaviour, speech, mood, perceptions; observes the stream, form and content of thought; and tests memory, awareness of time, place and person, and abstract thinking. Throughout the world the International Classification of Disease is used to classify mental disorders (the usually affective disorders).

Organic psychoses are diseases associated with impaired brain tissue function, and are characterized by loss of memory, disorientation, and behaviour changes associated with later life. Most are due to degenerative diseases, eg, Alzheimer's disease. Arteriosclerosis (hardening of the arteries) causes only a small proportion of dementias. Between 5% and 10% of those over 65 years of age may develop dementia.

Schizophrenia
Often a lifetime disease, schizophrenia is characterized by impaired thinking, delusions and hallucinations, limited emotional response, lack of drive and poor judgement, but not, contrary to popular opinion, a "split personality." The confusion of schizophrenia with multiple personality disorder arises from the tern "schizophrenia" itself. "Schizo," from the Greek skhizo, refers to a split, and "phrenia," from the Greek phren, to the mind, but the allusion is to the breakdown in the mind of the relation between thoughts, feelings and actions, an inability to separate reality and fantasy. Many believe that this disorder is to some extent inherited, that it is influenced considerably by social environment, and that biochemical brain disturbances are involved. Drug treatment has markedly improved the outlook for patients. The risk for anyone of becoming schizophrenic is 1%. The onset of schizophrenia is most commonly between ages 15 and 30.

Depression
Affective disorders include bipolar (mania and depression) and unipolar (only depression) depressions. While 10% of the population may suffer from some symptoms of depression, only 0.2% suffer a major affective disorder at any one time. Depressions are episodic, rather than chronic. Bipolar depression (which includes manic phases) generally begins in the 20s and 30s and affects men and women equally; unipolar disorders, which appear mainly in the 50s and 60s, are more frequent in women. SUICIDE is a considerable risk among severely depressed patients, 15% of whom may die. Treatments include antidepressant drugs, electroconvulsive treatment and lithium carbonate. Research into the treatment of bipolar disorder has been limited and has been routinely excluded from research on therapeutics of depressive disorders.

Personality Disorders
Personality disorders are disorders that are characterized by permanent and limited patterns of behaviour, ineffective functioning and difficulty with interpersonal relationships.

By the 1940s most persons with major mental illnesses were being treated in mental hospitals remote from their communities and other health services. In the early 1950s, 75% of mental-hospital patients had been hospitalized for more than 5 years and were more likely to leave the hospital by dying. Few services were available outside the mental hospitals.

The advent of effective drug treatment for mental illnesses helped patients in hospitals re-enter the community and reduced the need for both long- and short-term hospitalization. Effective drugs for psychiatric treatment were introduced around 1953 and are now widely used in the medical treatment of mental illness by family physicians as well as psychiatrists.

The number of psychiatric hospitals in Canada has declined in the face of reduced health-care spending forced by increasing demands to reduce provincial debts. Canadian hospitals now focus on "multi-skilling," offering a wide array of care types and sharing facilities.

Provincial HEALTH POLICY as well as the needs of patients determine the kinds of services provided. The marked regional variation in the use of mental hospitals and general hospital psychiatric units across Canada results mainly from differences in the way services are organized, rather than from clinical differences in patients.

The majority of psychiatrists work in the metropolitan centres. Most practise general psychiatry, but there is some subspecialization into child psychiatry, geriatric psychiatry, forensic psychiatry, liaison psychiatry, behaviour therapy, family therapy, sexual counselling, psychoanalysis and research.

The case load of psychiatrists varies greatly, depending not only on the amount and type of psychotherapy practised, but on the length of treatment. In some Canadian centres, 50% of psychiatrists' time is taken up with long-term patients who comprise one-eighth of the case load.

Within the Canadian health-care system, family physicians, psychiatrists in private practice, community mental-health clinics, psychiatric units in general hospitals and public mental hospitals provide treatment for mental illness. Most patients with mental disorders can be treated by family doctors, without any consultation with a psychiatrist.

During any year, about 10% of adults may see a family physician for psychiatric problems; another 2% may consult a private psychiatrist or mental-health clinic. At least another 10% of the population annually seek help from church, social or psychological services for personal problems or other crises. Between the ages of 18 and 24, over one-third of the population are expected to consult a psychiatrist.

Canada has contributed significantly to the field of psychiatry. Canadian mental-health services have been fostered by unique medicare and hospital insurance programs which provide comprehensive universal medical coverage for mental illness. The 1964 Royal Commission on Health Services stated that medicare should not discriminate in coverage for the diagnosis and treatment of psychiatric conditions. Therefore, there is no restriction on the extent or duration of psychiatric treatment by family physicians or by psychiatrists.

Saskatchewan has been an international leader in changing psychiatric services. In this province, psychiatric services are no longer based in mental hospitals, but in regional general hospital psychiatric units. Comprehensive community care systems enable patients to complete treatment near their homes, and they also promote follow-up and continuity of care. Canada has also been a leader in the development of general hospital psychiatric units and in the development of day and night hospitals. The concept of partial hospitalization for persons not requiring 24-hour hospital care, but requiring daily contact, supervision or medication, originated in Montréal.

Major contributions were made to the development of psychiatry by D.E. Cameron (a leader in psychiatric research in Canada who was instrumental in promoting the development of day hospitals); F.C.R. Chalke (first editor of the Canadian Psychiatric Association Journal); G.B. CHISHOLM (former director-general of medical services of the Canadian Army in WWII and first director-general of the World Health Organization); C.B. Farrar (founder of the first Canadian postgraduate training program in psychiatry, former head of the department of psychiatry at University of Toronto and editor of the American Journal of Psychiatry for 34 years); C.M. HINCKS (founder of the Canadian National Committee for Mental Hygiene, which is now the Canadian Mental Health Association, and director of both the Canadian and US committees for Mental Hygiene in the 1930s); R.O. Jones (initiated the first university-based training program for psychiatry); D.C. Meyers (founder of the first general hospital psychiatric unit in Canada in 1906); and A.B. Stokes (former chairman of the department of psychiatry at University of Toronto who helped in the development of the Clarke Institute of Psychiatry). Textbooks on psychiatry by Canadians include the 1980 publication A Method of Psychiatry, and the 1981 publications Précis pratique en psychiatrie and Psychiatrie clinique: approche contemporaire. 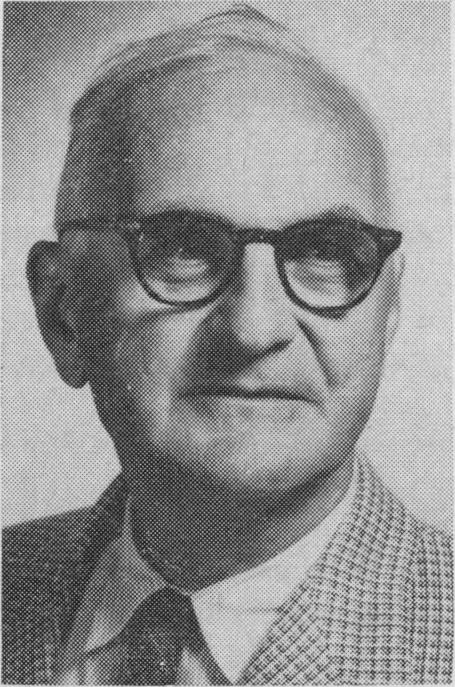