In the final months of the Second World War, Canadians were tasked with liberating the Netherlands from Nazi occupation. In April 1945, the First Canadian Army began clearing the northern and western Netherlands, where many had suffered from food and fuel shortages in what became known as the “Hunger Winter.” Over 1,000 Canadian servicemen died in April 1945 during the last push to liberate the country. The Dutch people greeted their Canadian liberators with cheers and gratitude and continue to honour their sacrifice today.

In the final months of the Second World War, Canadians were tasked with liberating the Netherlands from Nazi occupation. In April 1945, the First Canadian Army began clearing the northern and western Netherlands, where many had suffered from food and fuel shortages in what became known as the “Hunger Winter.” Over 1,000 Canadian servicemen died in April 1945 during the last push to liberate the country. The Dutch people greeted their Canadian liberators with cheers and gratitude and continue to honour their sacrifice today. 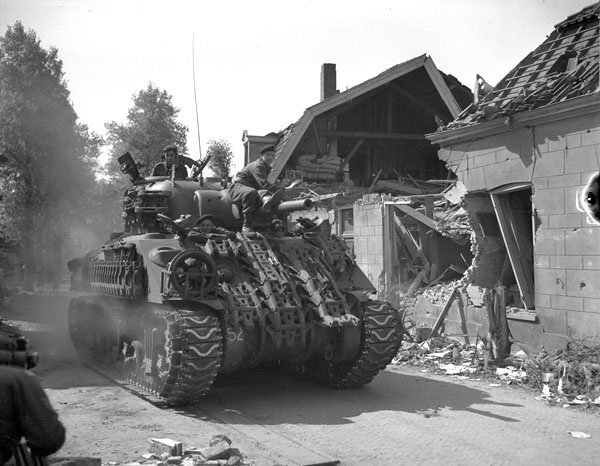 By April 1945, the Second World War was nearing an end in Europe (see VE-Day: Victory in Europe). Allied forces had crossed the Rhine River and were pushing into Germany. On their left flank, however, was a German garrison of some 120,000 men in the Netherlands, including remnants of the elite First Parachute Army. Commander Bernard Montgomery ordered the Canadians to clear them out. Their goal was “to open up the supply route to the north through Arnhem, and then to operate to clear NorthEast Holland, the coastal belt eastwards to the Elbe, and West Holland.” The First Canadian Corps was ordered to root out German forces in the western Netherlands while the Second Canadian Corps was tasked with clearing the German coast and the northeastern part of the Netherlands.

In the western Netherlands, the job of the 1st Canadian Corps was to clear the area north of the Maas River. This included the cities of Amsterdam, Rotterdam and The Hague. The Dutch inhabitants in this area had suffered through the “Hunger Winter” of 1944–45, when supplies of food and fuel were scarce. Around 20,000 died during the famine, while others were forced to eat tulip bulbs and sugar beets to survive.

Hunger Winter: Henk van Duren
But then the hunger years started, the Hunger Winter in Holland. That was the winter of ’44-’45. Then the people from the west, they came by pushcarts and old bikes. They came to the northeast where we grew up to get food. And you couldn't believe it, you know. A lot of farmers, they gave food to the people, food, and that kind of stuff, and they gave them a night over that they could sleep in the barn. I remember my uncle, he had sometimes 20 people in the barn sleeping there overnight. But the winter was hard, it was a very hard winter, ’44–’45. We saw people die. There were three brothers. They went on their way and I think they were about 13, 10 and 8. A couple days later they came back and the second boy, the middle of the three, was [lying] dead on a cart. (Listen to the full interview with Henk van Duren at The Memory Project.) 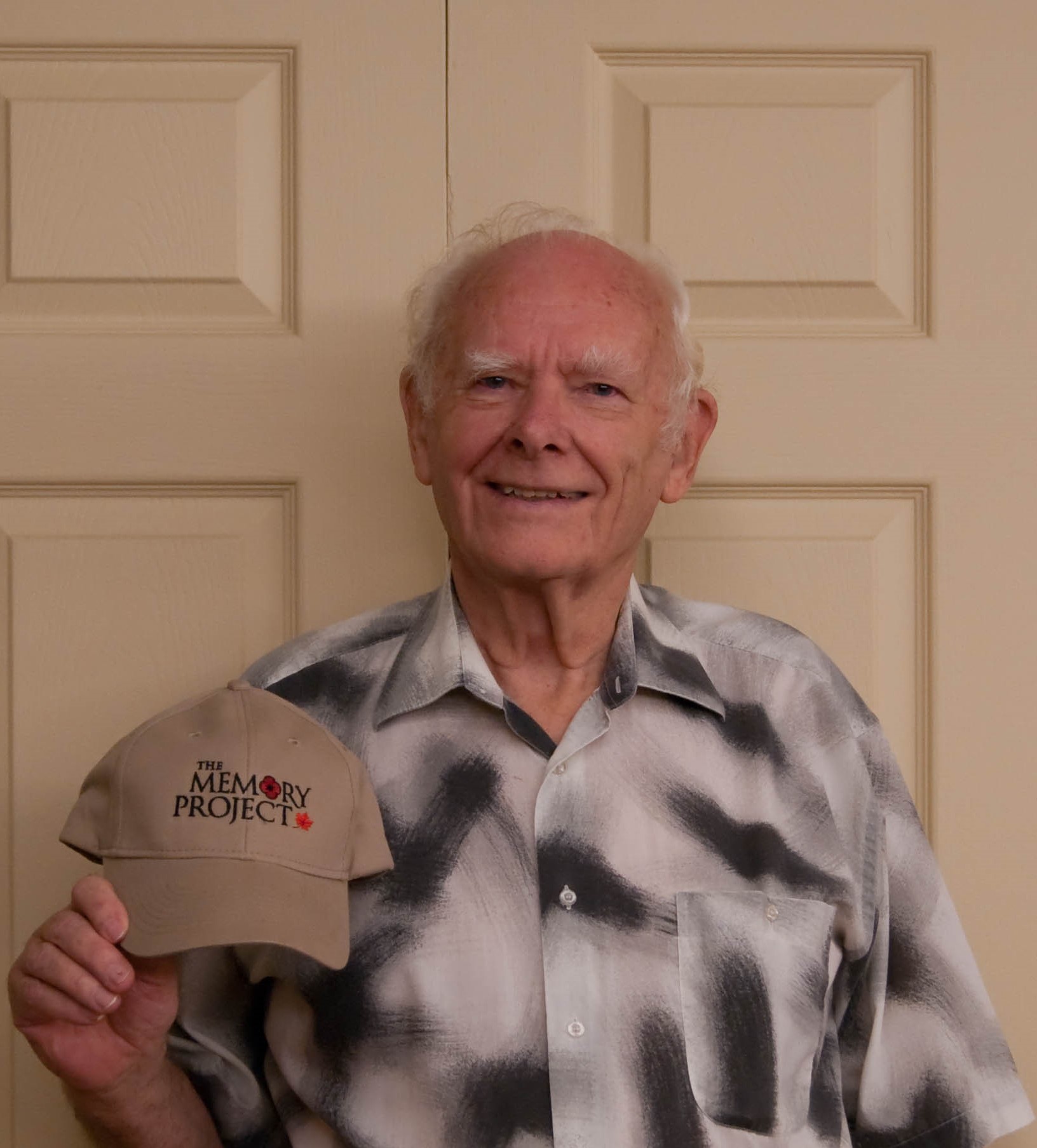 The 1st Canadian Corps began its assault on Arnhem on 12 April. After two days of house-to-house fighting, the city was liberated. An officer later described the city as “one of the most saddening sights I have seen in this war, for though the destruction is very far from total every building is smashed in some degree.”

Three days later, they secured the city of Apeldoorn (which is now twinned with Burlington, Ontario). Huge celebrations followed the city’s liberation, with flags flying from houses and shops. The 1st Canadian Corps suffered over 500 casualties in the region between 11 and 17 April but had captured thousands of German troops and accomplished many of their objectives. By the end of April, the Germans had been pushed back to what was known as the Grebbe Line, running between Wageningen through Amersfoort to the North Sea. The Canadians had secured the northward supply route through Arnhem and had liberated much of the western Netherlands.

On 28 April, the Germans agreed to a truce, allowing the movement of food supplies to the starving population behind the Grebbe Line. The following day, Allied bombers dropped 510 tons of food. On 2 May, the Canadians started transporting 1,000 tons of food into the area by road. The starving Dutch were relieved, although they would not be liberated until the official end of the war in May. 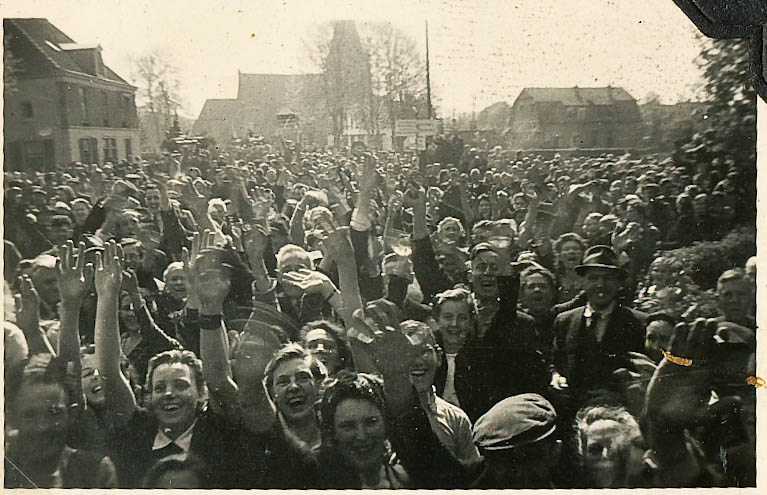 2nd Canadian Corps in the Northeast

In the northeastern part of the Netherlands, the Second Canadian Corps advanced quickly. The 4th Division crossed the Twente Canal and captured Almelo on April 5. It then turned east and reentered Germany, en route to the city of Oldenburg. On the way, the division captured Sogel and Friesoythe (which members of the Argyll and Sutherland Highlanders razed in retaliation for the death of their commanding officer).

Back in the northern Netherlands, the 2nd Canadian Division reached Groningen on April 13. There they met fierce resistance from German SS troops. Snipers were everywhere, while machine-gunners fired at the Canadians as they advanced through the streets. After four days of fighting, much of it room-to-room, the Germans surrendered on 16 April. The 2nd Division had secured the largest city in northern Netherlands and taken 2,400 prisoners at the cost of 206 prisoners.

Two days after Groningen was liberated, the 3rd Canadian Division reached the North Sea, having captured Zutphen, Deventer, Zwolle and Leeuwardenon along the way. After liberating most of northeastern Netherlands, the 2nd Canadian Corps turned east toward the German towns of Emden, Wilhelmshaven and Oldenburg.

Did you know?
After liberation, thousands of Dutch women (1,886) married Canadian soldiers. If you are interested in knowing more about these “war brides,” see War Brides and Arrival of the War Brides and their Children in Canada.

End of the War in Europe

By the end of April, it was clear that the war in Europe was nearing its end. On 4 May, Canadian soldiers received a message to halt all operations and that a ceasefire would come into effect at 8.00 a.m. the following day. On 7 May, the war in Europe officially ended (see VE-Day: Victory in Europe).

Stuart Johns of the Canadian Grenadier Guards remembered the moment the war ended for him.

We had received word on the evening of the 4th that a ceasefire had been arranged, and our unit was ordered up to a little hamlet [near Oldenburg] and we were to just hold this position. At eight o'clock there were no bells or fireworks, but the war ended for us at eight o'clock on that morning of May the 5th. Everything was very quiet, and no visual celebrating or anything going on among us. Everyone was quite relieved and more or less sat around and did nothing for the rest of the day, and that was our V-E Day celebration. (Listen to the full interview with Stuart Johns at The Memory Project’s Veteran Stories.)

Stuart Johns with one of the tanks of The Canadian Grenadier Guards.

Adriana Ouborg (centre) with her sister, Willemina Seywerd (left) and a friend (right).

Adriana Ouborg, Arnhem
There was a very important bond that was formed there, and each year, lots and lots of Dutch people open their doors to Canadians who come back to the Netherlands to see where their family was, or to visit the graves because the graves of the Canadian soldiers are very well cared for by the Dutch in Holland, especially groups of children from schools have a regular task of tending to the graves and bringing flowers, and so on. That’s still being done, so they keep very well, a bond is being set, made that way between Holland and Canada. (Listen to Adriana Ouborg’s full interview with The Memory Project here.)