On 1 April 1949, Prime Minister Louis St-Laurent cut the first ceremonial chisel strokes onto the blank stone. At 11:59 the previous night, Newfoundland had become a Canadian province. With St-Laurent was Newfoundlander F. Gordon Bradley. He had just been sworn in as a member of the federal Cabinet. “We are all Canadians now,” Bradley proclaimed.

Yet Newfoundlanders’ decision to join Confederation contradicted their history. Many decades earlier, they had chosen a destiny alongside Canada, rather than as a part of it. The two countries adopted self-government under the British crown. Newfoundland watched Canada warily, even as ties between the two increased. Newfoundlanders lived dangerously and alone, in the memorable phrase of historian Peter Neary. They had a small and scattered population and a highly vulnerable resource economy.

The Great Depression of the 1930s hit Newfoundland hard. The colony was forced to go to Britain cap in hand. In return for economic security, Newfoundland gave up its independence to the British-controlled Commission of Government.

This state of affairs was hardly tolerable for long, particularly when Newfoundland prospered and spirits picked up after the Second World War. Newfoundlanders would have to decide their future. Was it to be on their own, with Britain, or in Confederation with Canada? From June 1946 to January 1948, an elected National Convention debated the options.

But Canadian-British aims were not necessarily the aims of Newfoundlanders. Two political camps emerged. The pro-Canada Confederates were led by F. Gordon Bradley and Joey Smallwood. A coalition favouring the return of self-government included Peter Cashin and Chesley Crosbie. Cashin denounced union with Canada as a “Judas act,” while Crosbie supported an economic union with the United States. The Roman Catholic archbishop of St. John’s, Edward Patrick Roche, also opposed Confederation and argued for responsible government through the archdiocese’s official newspaper, The Monitor.

The close relationship that Newfoundland had built with Canada during the war was one of the Confederates’ great assets. “It is surprising,” wrote journalist Ewart Young, “just how ‘Canadianized’ this island community already is.” Confederation’s salesman-in-chief, Joey Smallwood, still had to overcome a deep-seated prejudice against political union. It aroused violent reactions, Young reported, to “break out like leprous sores.” 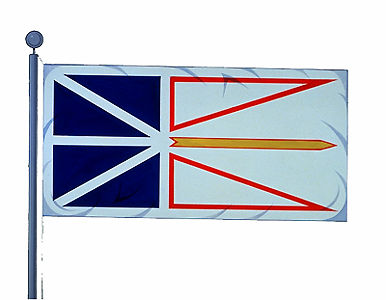 An experienced radio broadcaster and a mesmerizing speaker, Smallwood ran a people’s campaign. He promised that Canadian social security benefits would put an end to Newfoundlanders’ economic uncertainty. “If you are not a millionaire,” he declared, “vote for Confederation.”

Smallwood’s biggest achievement, according to his biographer Richard Gwyn, was that he persuaded a country to surrender its nationhood, voluntarily and democratically. Newfoundlanders became Canadians in April 1949 with calm acceptance. There were small celebrations in the outports, which were pro-Canada strongholds. The capital of St. John’s, however, had voted 2–1 for self-government. Black ties and a few black flags at half-mast quietly signalled the end of hopes for an independent Newfoundland.

With the addition of Newfoundland and massive Labrador, Canada now covered more territory than all of Europe. The province’s name was officially changed to Newfoundland and Labrador in 2001.