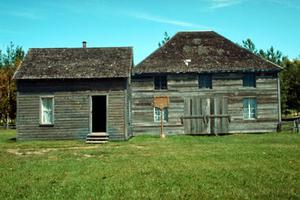 Louis Hémon, writer (b at Brest, France 12 Oct 1880; d at Chapleau, Ont 8 July 1913). Hémon immigrated to Canada in 1911. After working (1911-12) as a bilingual stenographer with a Montréal life insurance company, he went to the Lac Saint-Jean region. There he wrote Maria Chapdelaine: récit du Canada français, the novel that gave him worldwide success. Unfortunately, Hémon never knew of his fame, for he died in an accident. Maria Chapdelaine was serialized first in Paris in 1914 and 2 years later appeared in Montréal in book form. But it was only after its 1921 French publication that the novel became a success. Today, this account of Québec peasant life is often seen as a symbol of individual and collective alienation. At the time, the novel was used to support a nationalist ideology of fidelity to the past and its traditions. Other works by Hémon are La Belle que voilà (1923), Colin-Maillard (1924), Battling Malone (1925), Monsieur Ripois et la némésis (1950), Lettres à sa famille (1968) and Récits sportifs (1982).