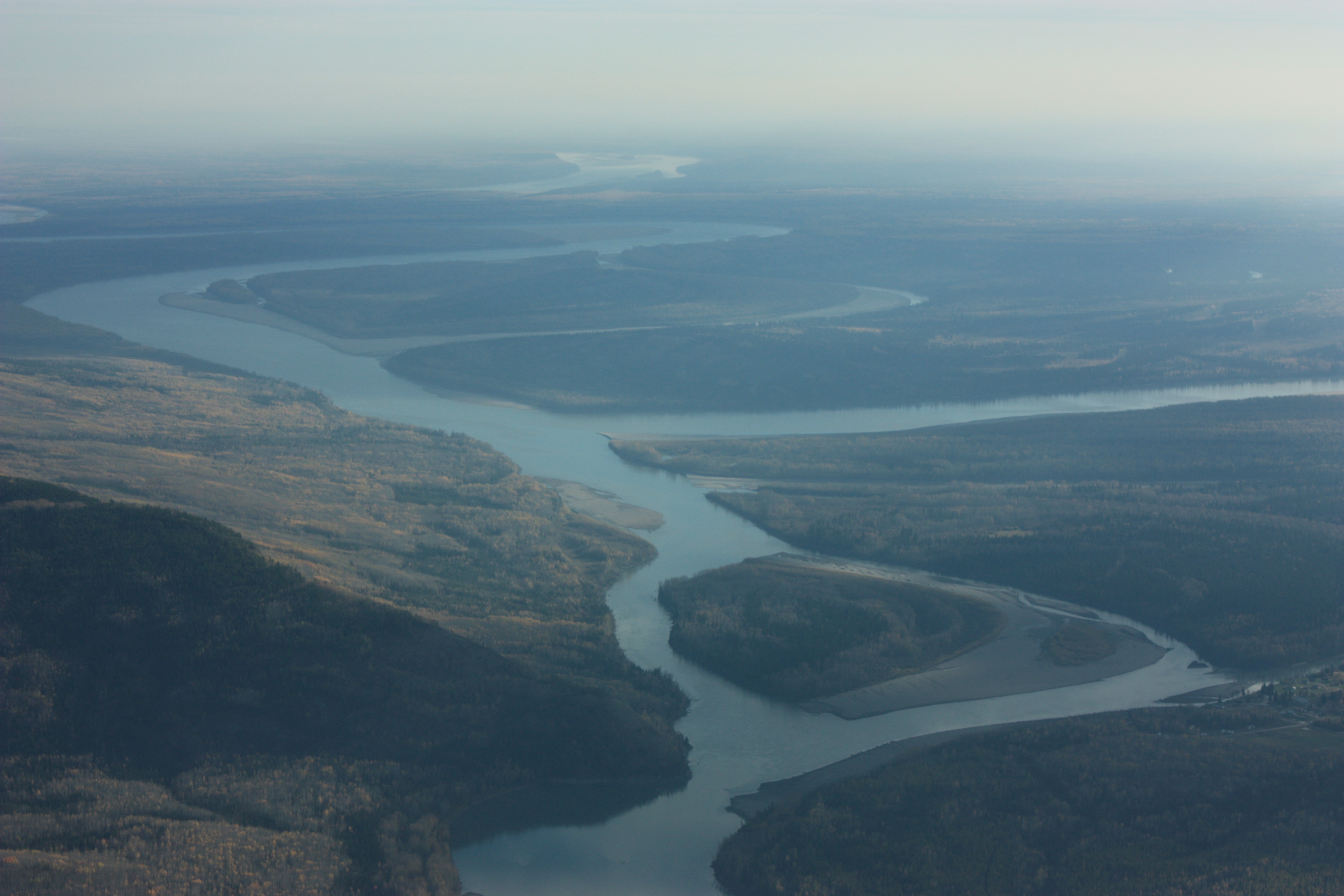 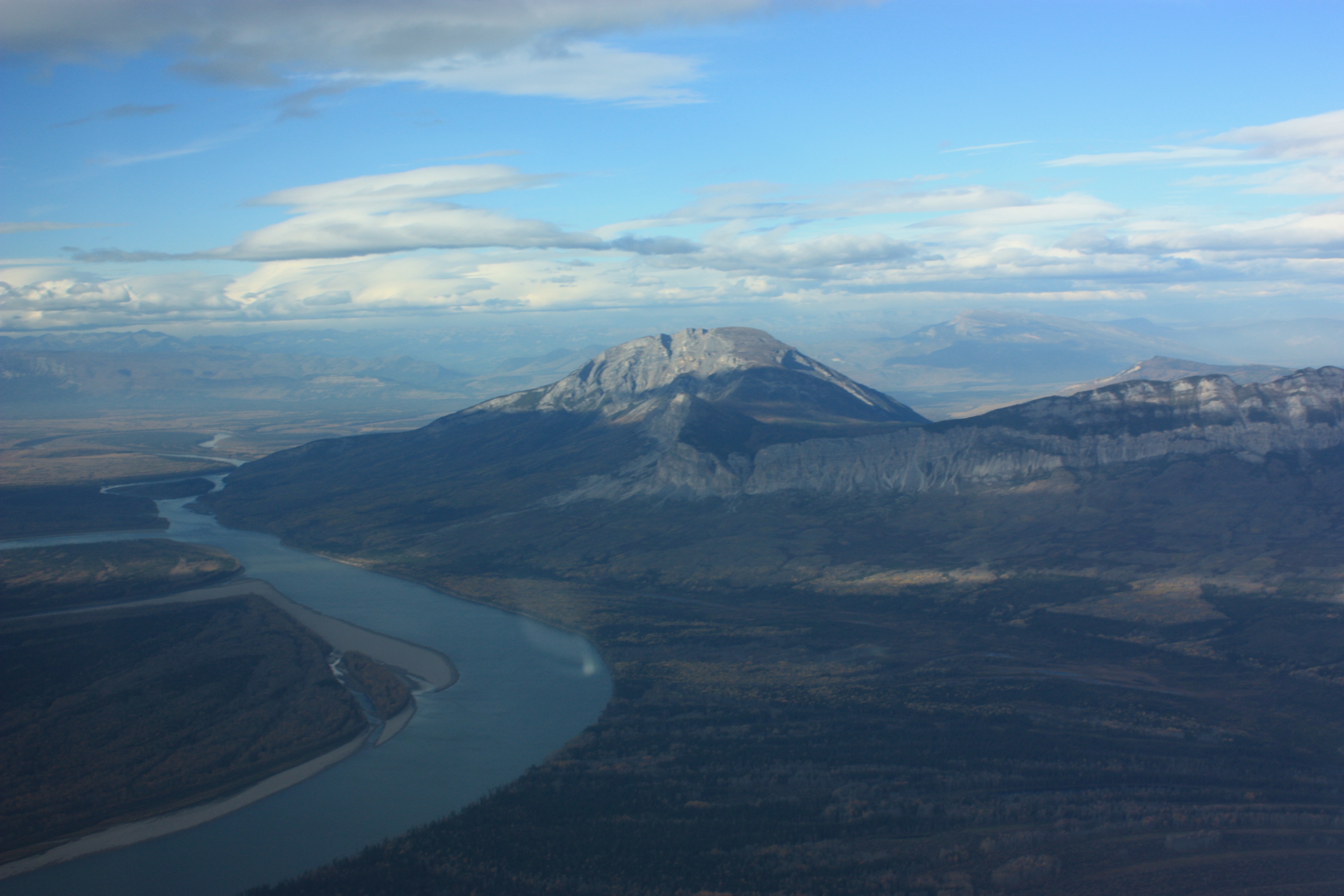 Liard River at the confluence of the Mackenzie River, 2012.
PreviousNext

The Liard River begins in the Pelly Mountains of southeastern Yukon and traverses the steep mountain terrain of the Western Cordillera through northeastern British Columbia. The upper Liard is wild and treacherous, with numerous rapids and canyons. Tributaries include the Dease, Hyland, Kechika, Coal, Trout and Toad rivers. The 30 km long Grand Canyon of the Liard, with rapids called Hell Gate and Rapids of the Drowned, is located between the confluence of the Trout and Scatter rivers.

The Liard River then shifts northeast and flows through the southwest corner of the Northwest Territories. The Liard River flows past Fort Liard and Nahanni Butte, adjacent to Nahanni National Park, to Fort Simpson at the confluence of the Liard and Mackenzie rivers. Major tributaries include the Fort Nelson and South Nahanni rivers. Highway 1 crosses the Liard near Fort Simpson, and is serviced by a ferry during summer months and an ice bridge in winter.

The Liard River flows from the alpine region of the Northern Cordillera to the moist wetlands of the Taiga Plain. The mountainous region of the Upper Liard and major tributaries are home to alpine fir and Engelmann spruce at higher elevations, lodgepole pine, paper birch and aspen at lower elevations, and white and black spruce throughout. Vegetation in the Lower Liard includes quaking aspen, white and black spruce, balsam fir, balsam poplar, and areas of wetlands including bogs and fens.

The Liard River basin has a low human population and therefore is relatively unaffected by human activities. However, forestry, oil and gas development, and former and current mines, are sources of environmental concern. Due primarily to erosion from snowmelt, river ice and heavy rainfall, the Liard River has naturally high levels of suspended particles during spring and summer that affect water quality. Climate change is an additional concern, as thawing permafrost has implications for transportation and community infrastructure, as well as for the drainage and hydrological connectivity of wetlands.

Oil and gas exploration and forestry have caused the fragmentation of wildlife habitat, particularly in the Liard River Valley near Fort Liard. Seismic lines are long, narrow clearings through the boreal forest, and are used for oil and gas exploration. The deforested corridors have a slow rate of regrowth, and affect the movement and distribution of birds and wildlife.

Alexander Mackenzie journeyed to the confluence of the Mackenzie and Liard rivers in 1789.A fur trade post was established on this site — now Fort Simpson — in 1804,prompting European exploration of the Liard River. Trading posts were soon set up along the lower Laird at Fort Liard and Nahanni Butte.