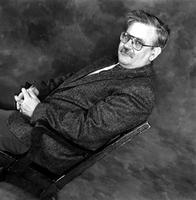 Laurence L. Kent, "Larry," director (b at Johannesburg, South Africa 16 May 1937). Larry Kent came to Canada in 1957 to study theatre and psychology at the University of British Columbia. He made his first film, The Bitter Ash (1963), while he was still a student there and quickly followed it with two more low-budget feature films, Sweet Substitute (1964) and When Tomorrow Dies (1965). These films all use discontinuous editing and rhythmic jazz music to reflect the unstable lives of their characters, who resist the materialism of the consumer culture in which they live.

Kent's early films received limited distribution and were virtually forgotten until they were included in a retrospective of Canadian cinema at the Toronto Festival of Festivals (seeFILM FESTIVALS) in 1984. By this time, Kent, like many other English-Canadian filmmakers of his generation, could find work only infrequently and on projects that he did not control. He had moved in 1966 from Vancouver to Montréal, where he made two films dealing with the drug culture and the political unrest of the 1960s: High (1968) and The Apprentice (1970). These films, along with the three Vancouver films, are sometimes clumsy and overstated, but they have a vitality and urgency that suggest Kent could have developed into a major filmmaker.

Instead, his subsequent career, apart from a few short films for the NATIONAL FILM BOARD, has been spent on supposedly commercial productions that have never succeeded commercially and, in some cases, have not even been commercially released. His two most successful later films develop their energy from their critical perspective on "family values," through broad comedy in Keep It In The Family (1977) and claustrophobic melodrama in Mothers and Daughters (1992). At a time when critics were beginning to reassess his earlier films, Kent returned to directing in 2005 with The Hamster Cage, another broad comedy about a dysfunctional family, that met with the usual mixed reviews and limited release.