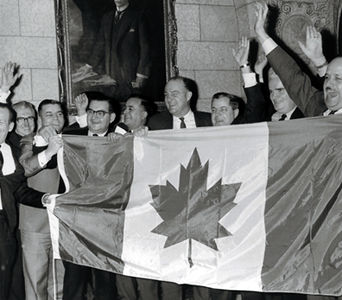 Canada’s official flag since 1867 had been Britain’s Union Flag, also known as the Union Jack. However, the Red Ensign with the Canadian badge was flown on the Parliament Buildings from the 1880s to 1902.

In 1925, Prime Minister Mackenzie King appointed a committee of senior public servants to investigate possible designs for a new Canadian flag. But that committee did not issue a report. An order-in-council under Prime Minister Mackenzie King in 1945 made the Canadian Red Ensign Canada’s official federal flag. It was then used regularly on Canadian ships and federal buildings. In 1946, a committee of both the Senate and House of Commons presented a design with the Red Ensign charged with a golden maple leaf. It was not adopted.

In August 1958, a national Gallup Poll showed that 85.3 per cent of Canadians approved of “having a National Flag, entirely different from that of any other country.” 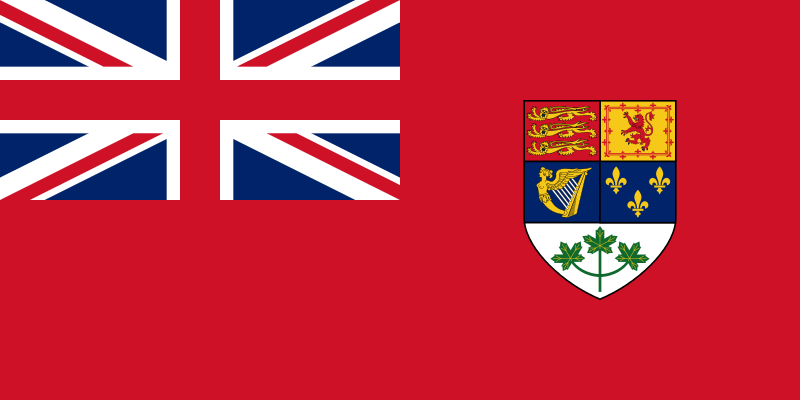 The issue of a new flag was raised again by Lester Pearson. He did so in 1960 as leader of the Opposition and again as prime minister in 1963. Pearson’s parliamentary secretary, Liberal MP John Matheson, led the government’s efforts to adopt a new flag. A flag enthusiast, Matheson brushed up on the principles of heraldry to better understand the issue.

Matheson sought a design that used elements from the official coat of arms. It had been proclaimed by King George V in 1921. It featured red and white colours and three maple leaves on a conjoined stem. War veteran and designer Alan B. Beddoe added two vertical blue bars to what became known as the “Pearson pennant” — a nickname derisively bestowed by Diefenbaker. This proposal for the design — three red maple leaves on a white centre square with blue bars on each side — was introduced to Parliament in June 1964. 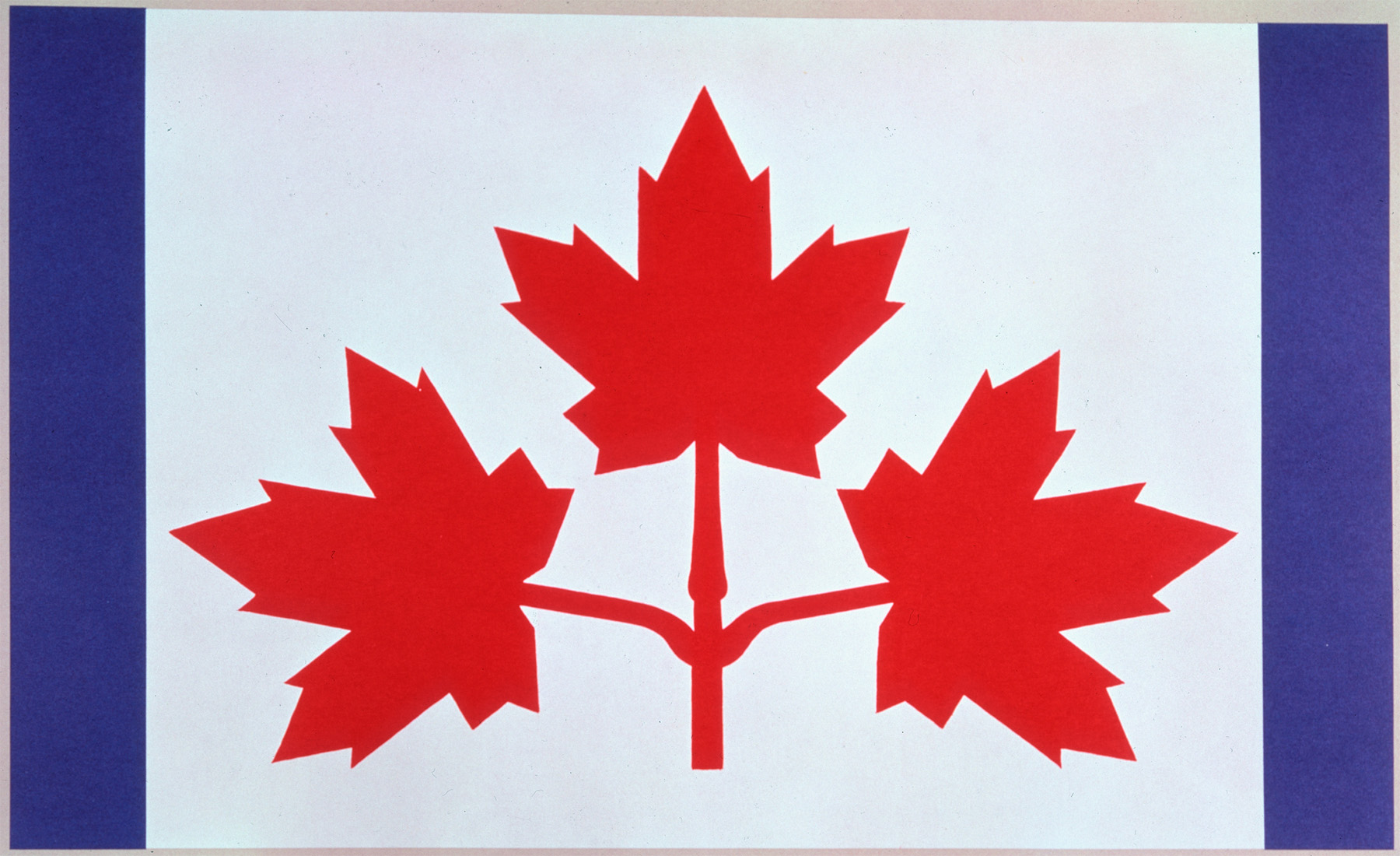 An ensuing controversy raged over the new flag’s design. Feelings ran high among many English Canadians. French Canadians in Parliament followed with keen interest. A Gallup poll from August 1964 found that 48 per cent supported the Pearson pennant, with 41 per cent opposed.

John Diefenbaker demanded that the flag honour Canada’s “founding races,” with the Union Jack in the canton of honour (the top quarter of the flag closest to the pole). Pearson insisted on a design that conveyed allegiance to Canada while also being free from colonial association. As Richard Foot has noted, “Quebec nationalism was on the rise in the midst of the Quiet Revolution, and the FLQ was placing bombs in mailboxes. One of Pearson’s aims in adopting a new flag was to remove symbols, such as the Red Ensign, that inflamed Quebec nationalists and threatened Canadian unity.”

After prolonged, bitter debate (Pearson extended Parliament through the summer), the issue was referred to a 15-member all-party committee on 15 September 1964. The committee was headed by Herman Batten, Liberal MP for Humber St. Georges, Newfoundland. It consisted of six other Liberal MPs (including Matheson), five Conservatives and one each from the NDP, the Social Credit Party and the Ralliement des Créditistes. They were given six weeks to choose a final design from approximately 5,000 submissions.

Towards the end of the six weeks, Matheson presented the committee with a design that had been submitted to him by historian George Stanley in March 1964. Stanley’s design — one red maple leaf in a white space flanked by vertical red bars — was inspired by the Royal Military College flag. (See also: The Stanley Flag.) A more professional drawing of Stanley’s crude sketch was eventually made by the graphic artist Jacques Saint-Cyr of the Canadian Government Exhibition Commission. Matheson asked him to incorporate one small change: inspired by a similar design submitted by George Bist, he asked that the centre white section be a square flanked by two red bars, rather than having all three sections equal in size. 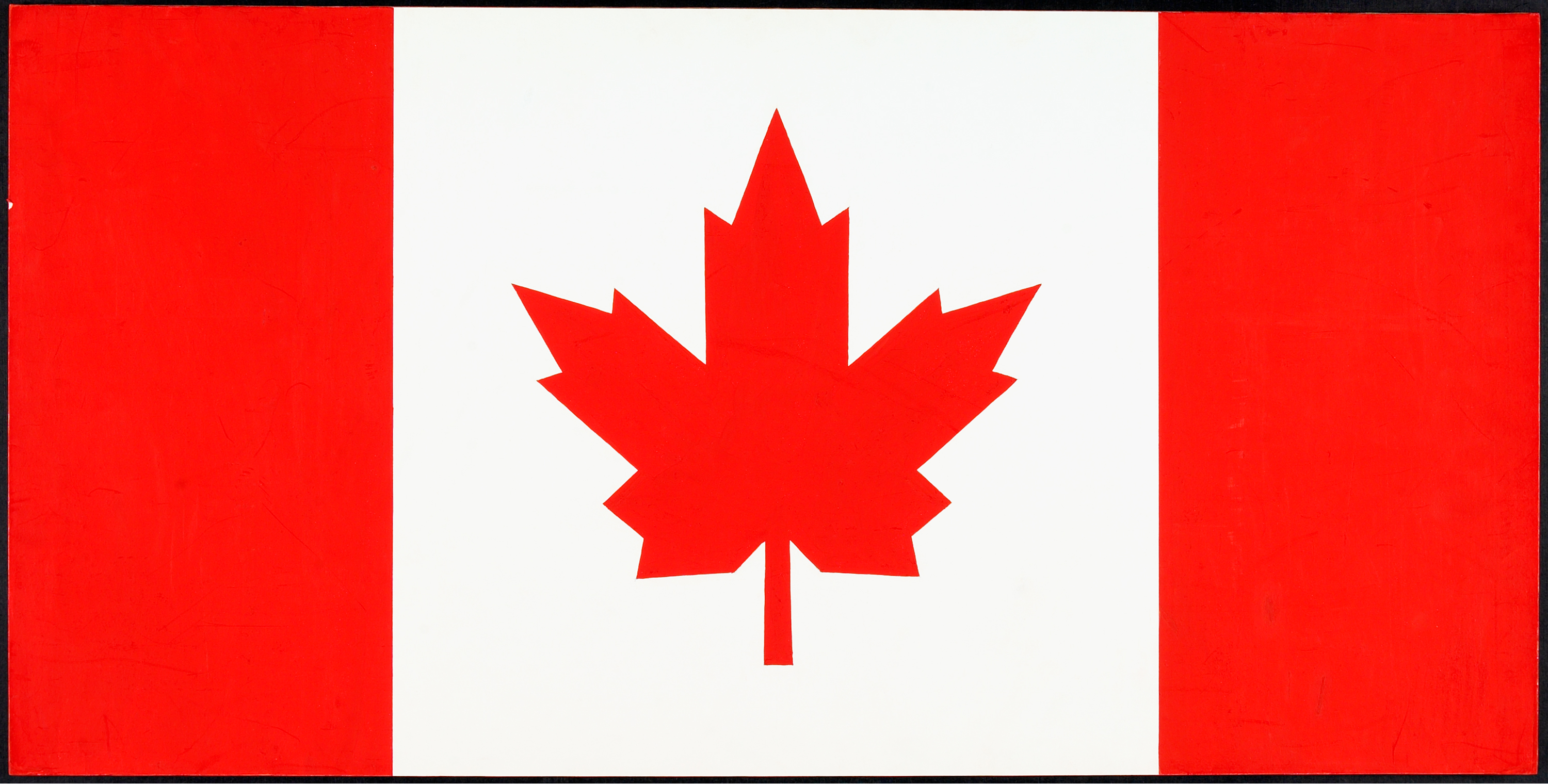 Approved by House of Commons

The committee’s choice was then presented to the House of Commons. But Diefenbaker and the Conservatives continued their bitter opposition to a new flag. They filibustered and dragged the debate on for another six weeks. Historian Rick Archbold has described the November-December debate as being “among the ugliest in the House of Commons history.” The proceedings became so acrimonious that the Toronto Star’s Peter C. Newman called it “The Great Flag Farce.”

Finally, Léon Balcer, a prominent Conservative MP from Quebec, broke ranks and invited the Liberals to invoke closure. That limited speeches to 20 minutes and forced a vote. After some 250 speeches, a vote was taken on 15 December 1964 at 2:15 a.m. The committee’s recommendation of the Stanley Flag was accepted by a vote of 163 to 78. Immediately after the vote, Matheson wrote a postcard to George Stanley, saying, “Your proposed flag has just now been approved by the Commons 163 to 78. Congratulations. I believe it is an excellent flag that will serve Canada well.”

The Senate gave its approval on 17 December by a vote of 38–23. The royal proclamation was signed by Queen Elizabeth II on 28 January 1965. The national flag was officially unfurled on 15 February 1965.