Ed (Edward Potts) McCurdy. Folksinger, songwriter, actor, b Willow Hill, Pa, 11 Jan 1919, naturalized Canadian 1986, d Halifax 23 Mar 2000. McCurdy developed an interest in folk music while he was a student in Oklahoma and, after studying voice, worked in US vaudeville and as a gospel singer on radio. He moved in 1945 to Vancouver, where his CBC radio program 'Ed McCurdy Sings' (1947-8) was the first on the English network devoted to folksong. The baritone's other CBC shows included 'Singing in the Wilderness' (Toronto, 1949), 'Young People's Radio Magazine' (Vancouver, 1953), and the children's TV program 'Ed's Place' (Toronto, 1953-4). He also sang the role of Mal Tompkins in the 1954 CBC-TV production of Mavor Moore'sThe Hero of Mariposa.

Though he moved in 1954 to New York, McCurdy continued to appear in Canada. He was host for such CBC-TV shows as 'Ed and Ross' (Toronto, 1957-9, a children's show with Ross Snetsinger) and 'Folksongs with Ed McCurdy' (Halifax, 1961) and performed in Canadian coffeehouses and at the 1962 Mariposa Folk Festival. With the rise of urban folk music and protest songs, McCurdy's style fell out of vogue by the mid-1960s. He carried out a 1976 tour of Europe, but performed less than previously. In 1982 he moved to Halifax and thereafter performed at several Canadian folk festivals, including Mariposa, Home County Folk Festival (London, Ont), and Winnipeg until 1994. He also took dramatic roles as an actor in films (eg, the NFB's Justice Denied, 1989) and on CBC-TV.

A popular interpreter of Anglo-Canadian folksongs, McCurdy was one of the most recorded folk artists in North America, and one of the first to issue an album focusing on Newfoundland folk songs. His first LP, Folk Songs of the Canadian Maritimes and Newfoundland (1955, Whitehall 850), was followed by some 30 others, largely of non-Canadian material, recorded in the USA for Riverside, Elektra, Tradition, etc. His recordings of bawdy 17th-century English poetry (When Dalliance Was in Flower) 1956-58 were very popular. Of his own songs, the pacifist 'Last Night I Had the Strangest Dream,' written during his first years in Canada, has been recorded some 40 times (by Pete Seeger, Arlo Guthrie, Simon and Garfunkel, Joan Baez, and others) and sung in at least nine languages; it remains a favourite of Canadian school choirs. Of McCurdy, Richard Flohil wrote, 'Sometimes grumpy and irascible, he is unique; a man of warmth and sensibility, and a link with the great folk singers of the past' (program notes, Mariposa Folk Festival 1990). 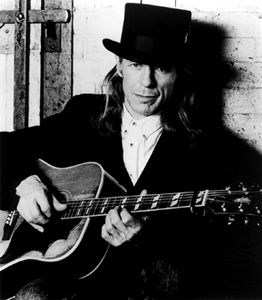