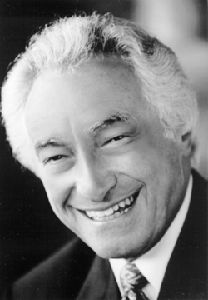 The well-known economic nationalist was a founding member of both the Committee for an Independent Canada and the Council of Canadians.

Founded in 1985 by Mel Hurtig, Maude Barlow (the current council chair), Pierre Berton and others, the Council of Canadians' original mandate was to protect national sovereignty and social welfare programs. At the "Maple Leaf Summit" convened in 1987 in response to the "Shamrock Summit," held in 1985 between Prime Minister Brian Mulroney and U.S. president Ronald Reagan, the council was instrumental in founding the Pro-Canada Network (renamed the Action Canada Network), a coalition of labour unions, professional organizations and social groups opposed to the free trade agenda. Troubled by the implications for national policy autonomy and social fabric of the Canada-US free trade Agreement (FTA) and the North American Free Trade Agreement (NAFTA), the council sought to limit foreign control of the Canadian economy and natural resources.

Following the ratification of NAFTA on 1 January 1994, the Council of Canadians expanded its mandate to include issues with a global dimension, launching campaigns against the dominance of corporate interests over human welfare needs and the degradation of the global commons. Opposition to the proposed Multilateral Agreement on Investment (MAI), bovine growth hormones, bank mergers, media concentration, social spending cuts and genetically modified foods numbered among the council's initiatives. With global issues came global partnerships with like-minded groups in other countries. The 11 September 2001 terrorist attacks in New York City and Washington precipitated a return to national sovereignty concerns in the face of a Fortress America mentality south of the border. The council argued that Canadian policies on immigration and refugees, civil rights and freedoms, energy, multilateral arms control and peacekeeping were under threat from American security interests, energy demands and anti-terrorism campaigns. Council members were also galvanized by the push for deeper economic integration with the United States from business groups and think-tanks such as the Fraser and C.D. Hower Institutes.

The Council of Canadians organizes conferences and debates, appears before parliamentary, Senate and provincial bodies, contributes to national media sources and publishes the magazine Canadian Perspectives to promote the work of the council and encourage public engagement. The council's headquarters are in Ottawa.