Copper (Cu) is a malleable, ductile, reddish metal that melts at 1083°C. Copper has both a high electric and thermal conductivity. Only silver is a better thermal and electrical conductor. In general, copper has good resistance to corrosion, although when exposed to the environment, the surface of the metal oxidizes to form a light green patina or a black oxide coating. The copper roofs of many public buildings, such as the Parliament Buildings in Ottawa, display this distinctive green colour.

While copper is sometimes found in the native state, sulphide minerals such as chalcopyrite (CuFeS2) and bornite (Cu5FeS4) are the most important sources of copper in Canada. Copper mining operations are established in locations where these minerals exist in sufficient concentration and volume to permit their economic exploitation. Copper ore is defined as copper mineralization that can be mined at a profit. With extremely efficient extraction and processing technologies, material grading as low as -.20% copper can be mined economically. Copper sulphide ores in Canada are also a source of significant quantities of gold, silver, nickel, molybdenum, selenium and tellurium. Copper carbonate minerals such as malachite or azurite, and copper silicate minerals such as chrysocolla, are not common in Canada, but they are a significant source of copper in other parts of the world such as Chile and the US.

Processing copper sulphide ores begins with crushing and grinding to produce a pulp. Through a process called flotation, economically important minerals contained in the ore are separated from unwanted mineral particles. For ores that contain chalcopyrite, for example, the resultant concentrate contains about 28% copper, with the remainder composed of iron and sulphur. The next stage of processing, which takes place at a smelter, utilizes smelting and conversion phases to remove iron and sulphur. During this operation, oxidized iron combines with silica to produce an iron silicate slag while sulphur is oxidized to produce sulphur dioxide gas. The resultant metal, known as blister copper, contains about 99% copper. The blister is cast into anodes and sent to a refinery, where it undergoes electrochemical processing to produce cathode copper that usually exceeds 99.97% purity.

In Canada, native copper from the Coppermine River, which rises from Lac de Gras, Northwest Territories, and flows to Coronation Gulf, Nunavut, and from the southern shore of Lake Superior, was used by indigenous peoples to manufacture weapons and tools. Commercial production began at the Bruce Mine, which was opened in 1846, east of Sault Ste Marie, Ont. Mines were later developed in Québec's Eastern Townships and in the Precambrian Shield. In the 1960s the large copper ore bodies of the Cordillera of Western Canada were discovered and developed.

Ontario and BC are the 2 largest copper-producing provinces. While mine output in Ontario is processed locally, most of the copper mined in BC is shipped as copper concentrate to Far East Asia for smelting and refining.

In addition to the copper that is produced from mining operations, a significant proportion of refined copper production is derived from recycled materials. Recycled copper accounts for about 30% of total world copper consumption.

In 1995, Canadian mine production of copper totalled 729 million kg. Canada's annual mine production of copper exceeds 600 000 t and refined copper production is over 500 000 t. Canada is the fifth-largest mine producer of copper in the world. Most of the copper concentrate from mines in eastern Canada is converted to copper metal (99% pure) at smelters located at Flin Flon, Man, Sudbury and Timmins, Ont, and Rouyn-Noranda and Murdochville, Qué. Canadian smelters also process imported copper concentrates and a variety of recycled materials. In Canada, copper refineries are located in Montréal, Timmins and Sudbury. There is also one small plant near Williams Lake, BC, that produces copper metal through the leaching of low-grade mine rock waste.

Copper was one of the first metals people used; early applications included weapons and tools. The development of a broad range of copper-based alloys with enhanced properties has increased dramatically the number of applications for the metal. The most common alloys include brass (copper and zinc), bronze (copper and tin), aluminum brass and bronze (aluminum and copper), silicon bronze (silicon and copper) and cupro nickel (nickel and copper). Some of the most common and widespread applications for copper are electrical uses, plumbing tube and fixtures, castings and heat exchangers. In Canada, over half of current copper consumption is for electrical uses; eg, electrical and telecommunications wire and cable, and windings in electric motors. In recent years, copper tube has been increasingly used in Canada for natural gas systems inside houses and buildings.

The element is an essential nutrient for human health, although copper toxicity is recognized at elevated intake/exposure levels. A Task Group meeting of the International Programme on Chemical Safety (IPCS) in 1996 recognized copper as an essential trace element for human health and acknowledged that there are greater risks, in Europe and the Americas in particular, of health effects from copper deficiency than from excess copper intake.

The US National Academy of Sciences/National Research Council recommends a daily intake of 0.4 mg to 0.6 mg for children up to 6 months of age, increasing progressively to 1 to 2 mg for children up to 10 years of age. The recommended range for adolescents and adults is 1.5 to 2.5 and 1.5 to 3 mg respectively. Many regulatory agencies, including Health Canada, have determined that 1 part per million (ppm) is the maximum desirable concentration of copper in drinking water. It signifies more of an aesthetic limit than a health limit; water containing more than 1 ppm can stain laundry, and people with a keen sense of taste may perceive a metallic flavour in the water. 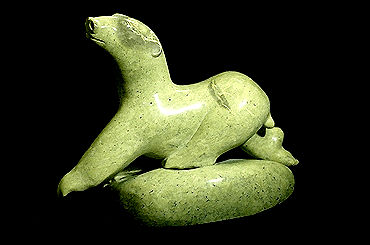