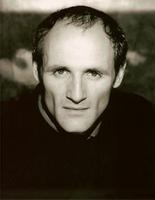 Award-winning actor Colm Feore is a versatile performer whose patrician features and keen intelligence have distinguished him in both leading and supporting roles (photo by Denise Grant).

Colm Joseph Feore, actor (b at Boston, Massachusetts 22 August 1958). A versatile performer whose patrician features and keen intelligence have distinguished him in both leading and supporting roles, Colm Feore spent 13 seasons as a classical actor at the Stratford Festival before embarking on a successful screen career that has encompassed both art films and more populist fare.

The son of Irish immigrants, Colm Feore grew up in Boston, Ottawa and Windsor, where he attended Georges P. Vanier Elementary School. After 3 years at Ridley College in St Catharines, he was accepted into Montréal's National Theatre School, from which he graduated in 1980. He made his Stratford Festival debut a year later, and in 1983 joined the festival's Young Company. The following season he was Stratford's youngest-ever Romeo, and over the next decade he became a favourite with festival audiences, giving a memorable performance as the villain Iachimo in Cymbeline and playing such demanding lead roles as Iago, Richard III, Petruchio, Oberon, Benedick, Hamlet, Cyrano de Bergerac, Jack Worthing in The Importance of Being Earnest and the Pirate King in The Pirates of Penzance.

Feore's stage work elsewhere included performances as Valmont in Les Liaisons Dangereuses for Theatre Calgary, Edmund Tyrone in Long Day's Journey Into Night for the Citadel Theatre, Edmonton, and James Tyrone in A Moon for the Misbegotten for the Grand Theatre, London. He also appeared in the TV series Friday the 13th and War of the Worlds and in the feature films Iron Eagle II (1988), Beautiful Dreamers (1990) and Bethune: The Making of a Hero (1990).

Encouraged by the critical success of the award-winning Thirty-Two Short Films About Glenn Gould (1993), in which he played the title role, Feore left the Stratford Festival after the 1994 season to concentrate on his film and television career. He appeared in Face Off (1997), City of Angels (1998), The Red Violin (1998, for which he won a 1999 Jutra Award for Best Supporting Actor), The Insider (1999), Titus, Pearl Harbor (2001), and The Chronicles of Riddick (2004), and in the TV miniseries Storm of the Century, Nuremberg and Foreign Objects. In 2002, he won a Gemini Award for his performance in the title role of the CBC's acclaimed four-hour miniseries Trudeau.

Colm Feore returned to the stage in 1999 to play Claudius and the Ghost in Hamlet at the Public Theater in New York. In 2002, he made a return appearance at the Stratford Festival as Henry Higgins in My Fair Lady, and in 2005 he played Cassius in the Broadway production of Julius Caesar, starring Denzel Washington. In 2006, he starred in the Golden Reel Award-winning Bon Cop, Bad Cop, a Canadian film that broke all existing domestic box office records. He continues to be seen on television and on the big screen in a variety of projects including an episode of Battlestar Galactica (2006), the film Changeling (2008) with Angelina Jolie, recurring roles in the series 24 (2009) and The Listener (2009), and in the miniseries The Borgias (2011) as a 15th-century cardinal. 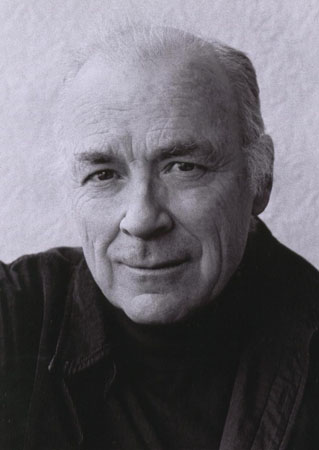