McEwen was one of Canada’s top-scoring fighter pilots of the First World War and commanded No. 6 (RCAF) Group, Bomber Command, during the Second World War. (courtesy RAF/tracesofwar.com/ Wikimedia CC)

Clifford MacKay McEwen was one of eight children (five girls and three boys) born to Mary McEwen and her husband Murdock, a hardware merchant. He grew up in Moose Jaw, Saskatchewan, and graduated from Moose Jaw College. He attended the University of Saskatchewan, intending to be a clergyman. McEwen enrolled in the 196th (Western Universities) Battalion, Canadian Expeditionary Force as a private on 24 March 1916. He went overseas in November, where he was commissioned.

In June 1917, McEwen transferred to the Royal Flying Corps (Royal Air Force after 1 April 1918). He trained at No. 1 School of Military Aeronautics in Reading, west of London, and then qualified as a Sopwith Camel fighter pilot.

In October 1917, McEwen joined 28 Squadron just as it left for active service in France. The next month, the squadron moved to Italy, where McEwen flew with fellow Canadian William Barker. When the war ended, McEwen was the squadron’s highest-scoring ace with 27 victories. For his outstanding skills in the air, he was awarded the Military Cross, the Distinguished Flying Cross with Bar and the Italian Bronze Medal for Valour.

After the 1918 Armistice, McEwen joined the fledgling Canadian Air Force (CAF), which used donated RAF fighter aircraft. When the British cut off funding in June 1919, the CAF was disbanded. McEwen returned to Canada in February 1920. He joined the Air Board, which struggled to keep military flying alive in Canada.

McEwen became a flying instructor at Camp Borden, Ontario. When the RCAF was established in 1924, McEwen was commissioned as a flight lieutenant and conducted aerial survey operations for the government. McEwen was promoted to squadron leader in 1929 and wing commander in 1937. During this time, he attended the RAF Staff College at Cranwell, Lincolnshire.

Did you know?
Clifford MacKay McEwen became known as “Black Mike” during his time at Camp Borden in the inter-war years. He later told an interviewer that it was “Nothing sinister. I tan very easily and to a dark shade.” Retired air force historian Hugh Halliday notes that McEwen had black hair and moustache and “even looked a little piratical.” But why “Mike”? According to University of Calgary historian Will Pratt, McEwen’s wife called him “Mack,” which was likely based on his middle name, and is what he called himself in letters to her. Pratt speculates that RCAF colleagues may have changed this to “Mike,” although he remained Mack to his family.

When the war broke out in September 1939, McEwen was commanding officer of RCAF Station Trenton. The station was one of the largest facilities in the British Commonwealth Air Training Plan (BCATP). Under the BCATP, Canada trained 131,533 Commonwealth aircrew between 1940 and 1945.

In 1941, McEwen was promoted to air commodore and posted to command No. 1 Group, Eastern Air Command, with headquarters in St. John’s, Newfoundland and Labrador. The group’s role was antisubmarine warfare against German U-boats attacking North Atlantic convoys bound for Britain.

In April 1943, McEwen was posted to Britain. He was first sent to an RCAF bomber training base in Yorkshire. In June, he became commanding officer of No. 62 “Beaver” (Operational) Base at RAF Station Linton-on-Ouse, which also controlled two other airfields at East Moor and Tholthorpe. Soon, he had five RCAF heavy bomber squadrons under his control. 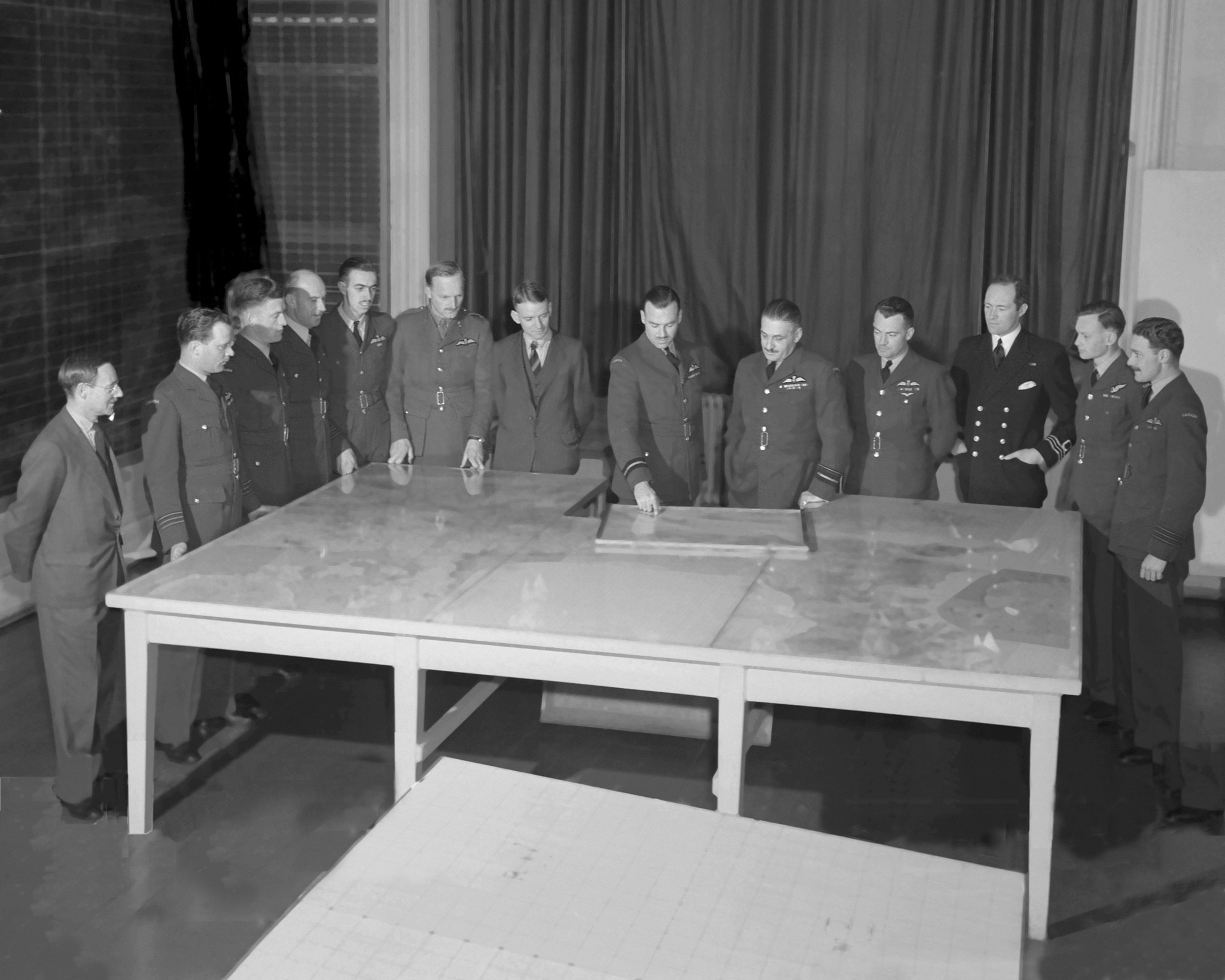 In February 1944, McEwen was promoted to air vice-marshal and appointed Air Officer Commanding No. 6 Group, which grew to 14 bomber squadrons. At the time, No. 6 Group was suffering from low morale and heavy losses. McEwen, a noted disciplinarian and stickler for regulations, instituted a rigorous training programme. Although it was initially unpopular, the program improved both performance and morale. McEwen also earned his airmen’s respect through personal bravery. Orders prohibited senior officers from flying operationally, but McEwen occasionally flew aboard a bomber for difficult missions, disguised as a flight sergeant. By the end of 1944, the Canadian group had the highest accuracy rate and the fewest casualties of any group in Bomber Command.

After Germany was defeated, McEwen was selected to command the eight-squadron Canadian bomber group in Tiger Force. This was a British Commonwealth bomber force intended for service in the war against Japan. Tiger Force was never deployed. Japan surrendered on 14 August 1945, shortly after the United States dropped atomic bombs on Hiroshima and Nagasaki. (See also Canada and the Manhattan Project.)

For his contributions to the air war against Germany, McEwen was made a Companion of the Order of the Bath. The honour was bestowed on him by King George VI at Buckingham Palace in February 1945. Shortly afterward, France named him an Officer of the Legion of Order, while the United States appointed him a Commander of the Legion of Merit.

The commander of Bomber Command, Air Chief Marshal Sir Arthur “Bomber” Harris, regarded McEwen’s contribution “to the efficiency and effect of the bomber offensive as invaluable.” 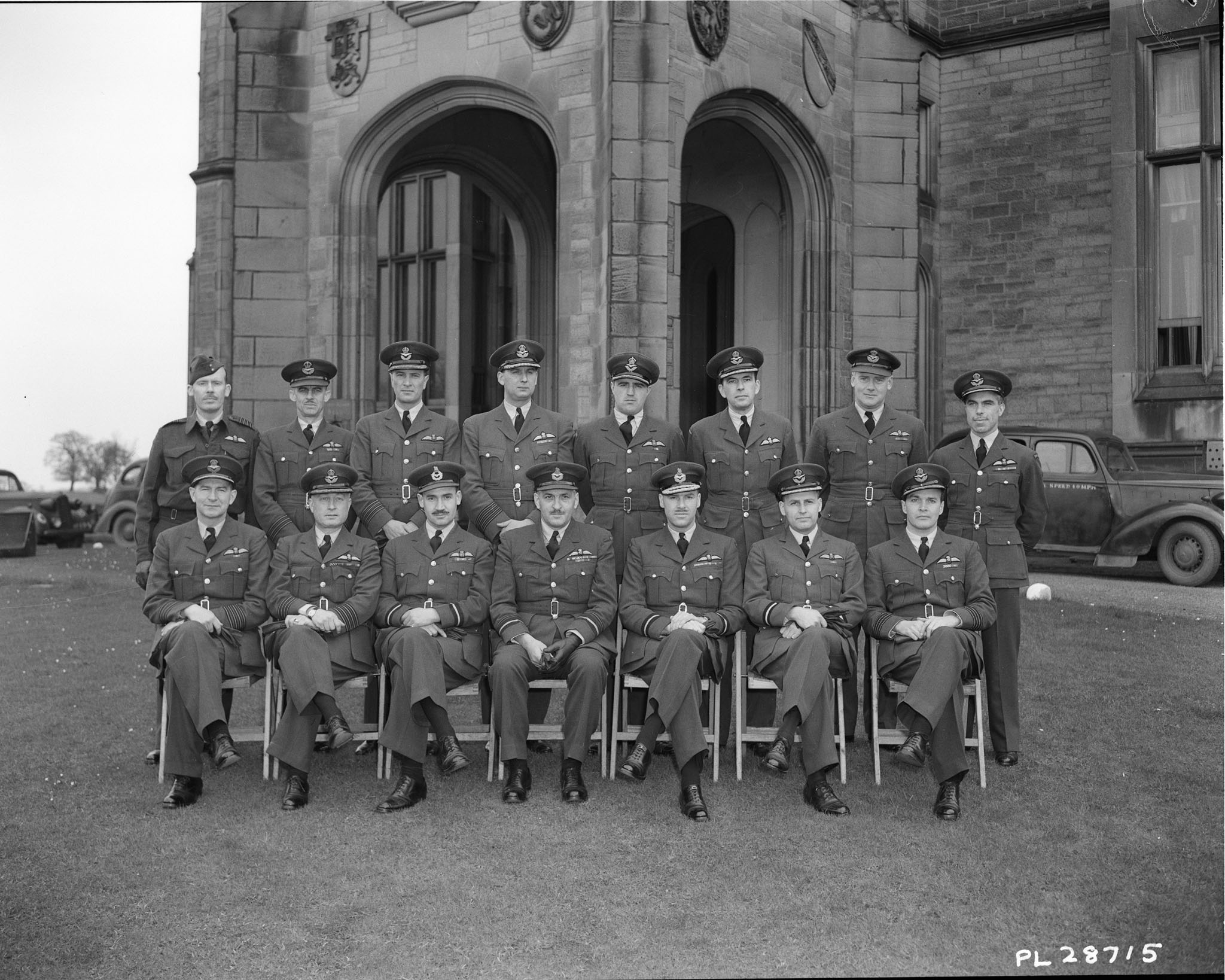 In April 1946, McEwen retired from the RCAF and settled in Toronto. He was a director of Trans-Canada Airlines, the predecessor of Air Canada, from 1959 to 1961, and a consultant to aircraft manufacturers. He served as vice-president of the Canadian Legion (now the Royal Canadian Legion) and as president of the Dominion Council of the Last Post Fund, which provides needy veterans with a dignified funeral.

McEwen died in Toronto’s Sunnybrook Hospital in 1967 after a brief illness and was buried in the Last Post’s Field of Honour Cemetery in Pointe Claire, Quebec. He left behind his wife of almost 40 years, Helen Claire Bertha Low. When Helen died in 1985, she was buried with her husband.

In 2003, the airport at CFB Moose Jaw, Saskatchewan, was named the Air Vice Marshal C.M. McEwen Airport. In 2020, McEwen was inaugurated into Canada’s Aviation Hall of Fame in Wetaskawin, Alberta.