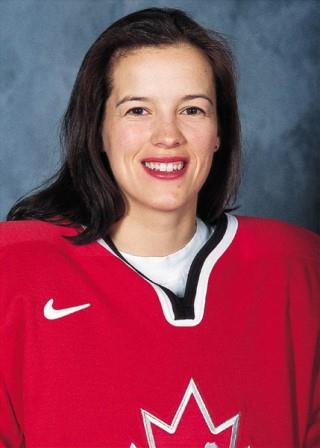 Cassie Campbell was the youngest child of Eunice and Donald Campbell. She has an older brother, Jeff, and a younger half-brother, Rick. The Campbell family is related to Lucy Maud Montgomery, author of Anne of Green Gables: Cassie’s paternal great-great grandfather was Montgomery’s uncle; and her grandmother and uncle ran the Anne of Green Gables Museum in Prince Edward Island. Cassie and her brothers spent many summers with their grandmother in PEI.

Cassie grew up in an athletic family. Her mother, Eunice (now Eunice Given), played football in 1969 for the Canadian Belles, a professional women’s football team based in  Toronto. Eunice also competed in equestrian and horse racing.

Like her mother, Cassie was athletic. She learned to skate at age five and began figure skating when she was six. The following year, she turned to hockey. Her decision to play hockey was inspired by her older brother, Jeff, who was three years her senior. Cassie played street hockey regularly with Jeff and wanted to follow him on to the ice. “My brother was the coolest guy I knew, so I thought I should probably do it too. I was trying to follow in his footsteps,” she recalled in a 2017 interview with Jeremy Freeborn for  Calgary Hockey Magazine. “I was definitely a tomboy growing up, so I kind of wanted to do everything that he did. My brother had a girl named Jennifer on his team. That was my final argument to my parents of getting me to play hockey. ‘If Jennifer can play hockey, why can’t I play?’”

By the time Cassie started playing hockey, her family had moved to the United States. Her first minor league hockey team was the co-ed Ramapo Saints in Rockland County, New York.

When Cassie was eight years old, her parents divorced. She moved back to Ontario at age nine, and from 1982 to 1989 played for the Brampton Canadettes, an all-girls team. Cassie played both forward and defence for the Canadettes, which proved to be a valuable experience once she joined the Canadian national team.

Cassie also played volleyball, basketball and soccer, and tried swimming and gymnastics. In 1991, while playing basketball for North Park Secondary School, she was named most valuable player in Peel region’s North Division.

However, hockey was her favourite sport: “I loved the speed of it. I loved being at the rink. I loved being with teammates. Even when I first started, I was with boys and it did not seem to faze me. I just loved how much fun it was and putting on the equipment.”

At age 17, Campbell joined the Mississauga Chiefs, an intermediate A team in the senior division coached by her mother, Eunice. The team’s players were among the youngest in the league. She would continue to play for the Chiefs after she started studies at the University of Guelph.

In 1991, Campbell captained Team Ontario at the Canada Winter Games in Charlottetown, Prince Edward Island — the first time women’s hockey was included in the Canada Winter Games. In six games, Campbell scored two goals and two assists for four points as Team Ontario finished in fourth place. The tournament was won by Team Alberta, which included 12-year-old Hayley Wickenheiser on the roster.

“It was a really neat experience and it gave me perspective on what it would be like to be an elite athlete,” Cassie remarked in the 2017 interview for Calgary Hockey Magazine. “It came at a time in my life when a lot of girls quit because they didn’t see a future in it. That event kind of kept me in the game.”

From 1992 to 1997, Campbell played for the University of Guelph Gryphons. The highlight of her university hockey career came in 1995 when she helped the Gryphons to their third Ontario Women’s Interuniversity Athletic Association (OWIAA) championship. The Gryphons beat the University of Toronto 3–2 in the final, ending Toronto’s streak of seven consecutive provincial women’s hockey championships in Ontario.

Campbell was captain of the Gryphons for two years, and was named a second team OWIAA All-Star for three years (1993–95) and a first team all-star in 1996. She also won the 1996 W.F. Mitchell Sportswoman Award, presented annually to the University of Guelph graduating student “who has demonstrated outstanding talent and ability in a sport, as well as exceptional leadership and involvement in athletics.” In 1997, Campbell earned her sociology degree with honours.

Campbell first tried out for the Canadian national women’s hockey team at age 16 in 1990 and again at age 18 in 1992, but was unsuccessful. By 1994, she had made the team, playing defence for Team Canada at the 1994 Women’s World Hockey Championships in Lake Placid, New York. Campbell’s first defence partner with Team Canada was Natalie Picard of Sherbrooke, Québec. “Natalie couldn’t speak a word of English and I couldn’t speak a word of French,” she later recalled. “It was a great experience. I think she helped settle me down.”

Campbell won back-to-back Pacific Rim championships with Canada in 1995 and 1996, followed by a Three Nations’ Cup title in Ottawa in 1996. The following year, she was again part of Team Canada at the 1997 Women’s World Hockey Championship in Kitchener, Ontario. Team Canada won its fourth consecutive gold medal (the second for Campbell), defeating the United States 4–3 in overtime. Campbell led the tournament in assists (six) and was second in points on Team Canada (eight), and was named to the media all-star team as one of the top two defencemen.

Campbell also played for Team Canada at the 1998 Olympic Winter Games in Nagano — the first to include women’s hockey. The United States beat Canada 3–1 in the gold medal game, and Campbell and her teammates took home silver.

Prior to the 1999 Women’s World Hockey Championship, Campbell moved from defence to forward, as the coaching staff wanted a stronger defensive presence among the team’s forwards. From 1999 to 2001, she helped Canada win three more world championship titles.

On 27 November 2001, Campbell was named captain of Team Canada’s women’s hockey team. At the 2002 Olympic Winter Games in Salt Lake City, her first Olympic tournament as captain, Campbell led Canada to its first Olympic gold medal in women’s hockey, defeating the United States 3–2 in the gold medal game. In recognition of her success, and that of the women’s team, the premier of Prince Edward Island declared 14 March 2002 as Cassie Campbell Day.

Although the American victory gave them momentum heading into the 2006 Olympic Winter Games in Turin, they were defeated by Sweden 3–2 in the semi-finals. In the gold medal game, Canada beat Sweden 4–1, and Campbell became the first Canadian hockey player (male or female) to captain Canada to two gold medals at the Olympic Winter Games. It was the last time she represented Canada internationally.

“In my opinion the 2006 team was the best Team Canada that was ever put on the ice,” she recalled in an interview for Calgary Hockey Magazine. “We had a great combination of old veterans with new players. We had a really good group and we just dominated that tournament. Those Olympics are special in the sense that Sweden instead of the U.S. made the final. That helped our sport tremendously.”

Although the 2006 Games would be her last as a competitor, Campbell remained involved with the Olympic team, as a member of the Canadian Olympic Committee Athlete Council (2006–08).

Campbell won three Esso Women’s National Hockey Championships: in 2000, with the Beatrice Aeros (when she was named top forward); and in 2001 and 2003, with the Calgary Oval X-Treme.

In her roles with the CWHL, Campbell-Pascal was primarily responsible for securing sponsorship for the CWHL, though she also advocated for the CWHL and NWHL to merge into a single entity affiliated with the National Hockey League (NHL). As she told the Globe and Mail in 2017, “The NHL is watching us, they're interested in us and they want it to work. To be honest, what kills women’s hockey is people who don’t understand the big picture. It’s about eventually having a relationship with the NHL, where we have a professional league, and all of our teams fall under the umbrella of NHL teams.”

Following NHL Commissioner Gary Bettman’s public statement in March 2018 that “if those two leagues didn’t exist, we would probably start our own women’s league to work in conjunction with our existing clubs,” Campbell-Pascall resigned from the CWHL’s board and called for the leaders of both leagues to work out a deal with the NHL.   “To me it’s a no-brainer,” she said in an interview with a Calgary radio station. “Both commissioners [of the CWHL and NWHL] know what needs to happen. You have to point the finger at both commissioners. If I’m commissioner and I hear Gary Bettman finally come public and say those comments, what am I waiting for and what am I doing? For them not to be in a room every single day trying to figure out how this is supposed to happen, I don’t get it. To me, they’re both not doing their jobs.”

In 1995, Campbell met Brad Pascall, who was then a senior director with Hockey Canada (he became assistant general manager of the Calgary Flames in 2014). They married in 2005, and Cassie later changed her surname to Campbell-Pascall. The couple live in Calgary, and have a daughter, Brooke.

Following her retirement from hockey in 2006, Campbell-Pascall was hired by TSN as a sideline reporter and game analyst for women’s hockey. She was also hired by the CBC as a rink-side reporter for their Hockey Night in Canada coverage of the 2006-07 NHL season. On 14 October 2006, Campbell-Pascall became the first woman to do colour commentary on a Hockey Night in Canada broadcast.

Campbell-Pascall continues to work for Hockey Night in Canada. In 2016–17, she began working more regularly as an analyst in a three-person crew with broadcaster Dave Randorf and co-analyst Louie DeBrusk.

In November 2018, Cassie Campbell-Pascall became the first woman to be named to the selection committee for the Hockey Hall of Fame. She will help oversee the nomination and election process beginning with the 2019 inductions. Campbell-Pascall has been eligible for the hall since 2010. Her eventual induction is considered a sure thing by many observers. 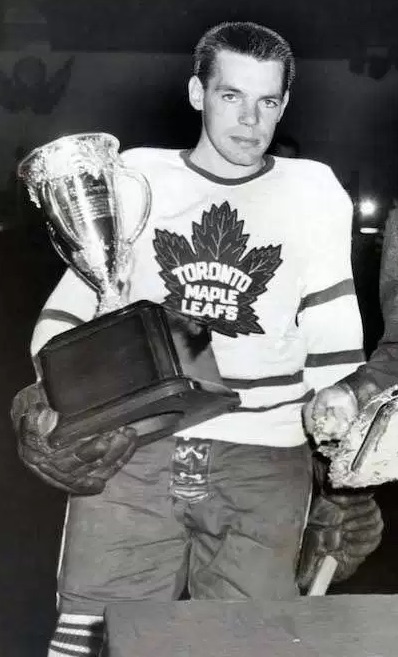 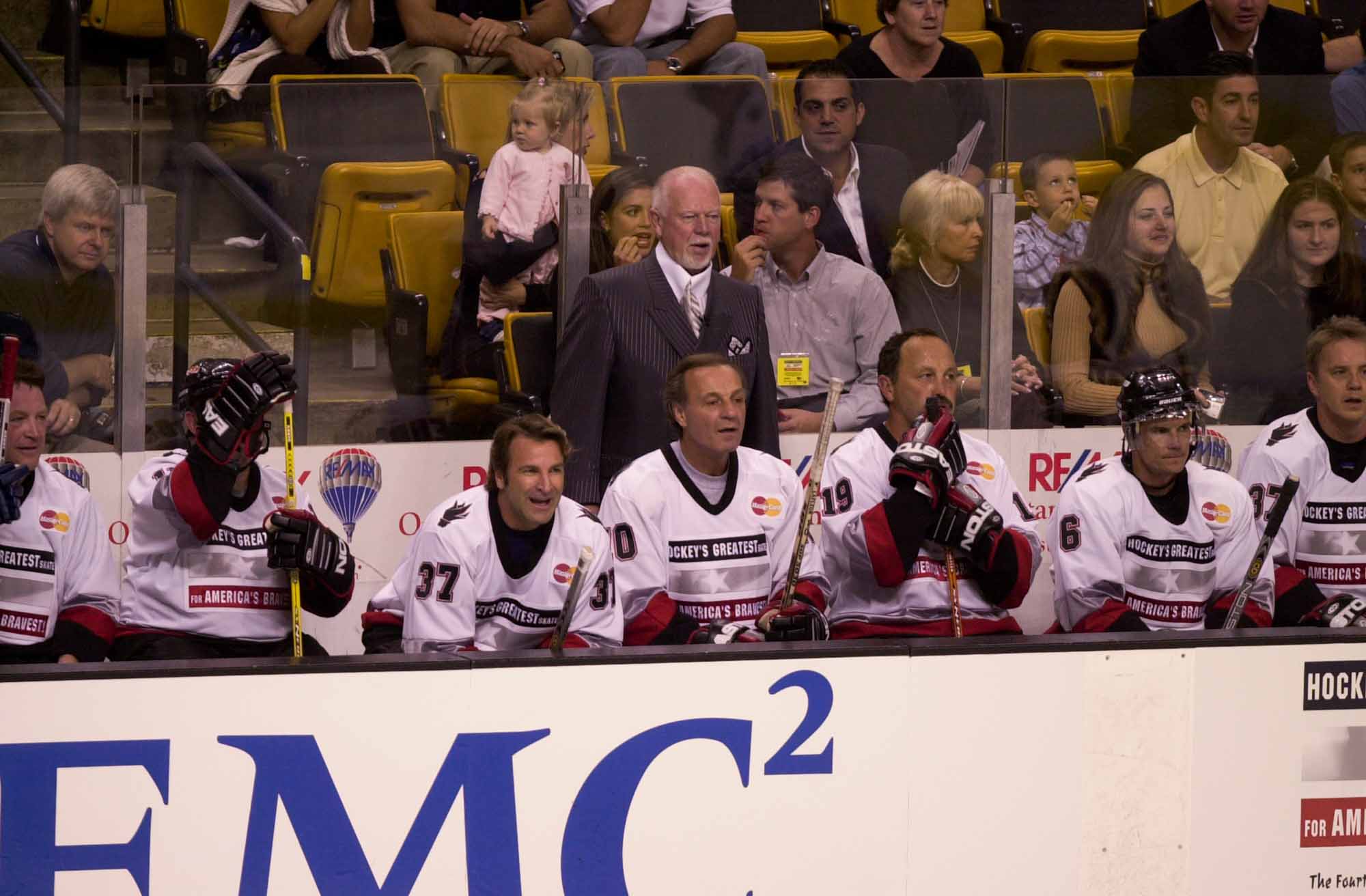