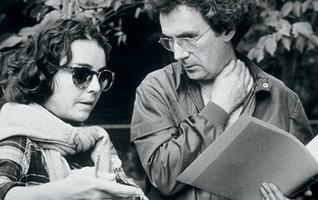 A country is a nation only if it imagines itself a nation. A country is a nation when its citizens can share amongst themselves a collection of stories, songs and images. Indeed, a country is rich as a nation in proportion to the pride it takes in the joy of this exchange, in the celebration of its diverse yet collective image.

A Cinema of Landscapes

If an iconographical study were made of Canadian films - francophone or anglophone, documentary or fictional features - from the very beginnings to the present day, certain images would recur. There would be many shots of landscapes depicting the intimidating spaciousness of the land. There would be the recurring presence of winter and of streets clogged with snow. There would be lakes and rivers, mountains and valleys; there would be gopher hunts on the prairies and endless shots of travelling, whether by car or by train, across the frozen emptiness of northern Québec or the flatness of the Saskatchewan prairie. Though statistically an urban country, Canadians imagine themselves as rural, as if still coming to grips with this vast territorial expanse that so few intimately comprehend.

From Nell Shipman's Back to God's Country, released in 1919, through to Pierre Perrault's POUR LA SUITE DU MONDE, Claude Jutra's Surfacing, Jean-Pierre Lefebvre's Les Fleurs sauvages (1982), André Forcier's Une histoire inventée (1990), Peter Mettler's Picture of Light (1996) and Denis Côté's Curling, Canadian documentaries and fictional features have been shot on location, with landscape less as backdrop than protagonist. Indeed, the landscapes often arrest the movement of the characters. Hence, our films unfold at such a pace that we may think about what we see.

In most Canadian cinema, we are seldom gripped by larger-than-life characters or seized by the excitements of suspenseful genre-driven narratives. There are fewer "jolts-per-minute" than in most Hollywood films. Due to budgetary limitations, there are few car chases and rarely an explosion. Furthermore, since Canadian films are often about families - whether it be Jutra's MON ONCLE ANTOINE or Atom Egoyan's The Adjuster - there are no outstanding heroes and few international stars.

Except for the work of David CRONENBERG, Vincent Natali and a few others, Canadian cinema has seldom been a genre or fantasy cinema. With its roots in documentary, it has rarely been a cinema of escape. Repeatedly, within our narrative tradition, it is an observational cinema, a self-reflective cinema.

As often as not, the protagonists are trapped, yet judgements are seldom made. The characters in Don Shebib's Between Friends, Peter Pearson's PAPERBACK HERO, Michel Brault's Entre la mer et l'eau douce, Francis Mankiewicz's LES BONS DÉBARRAS, Deepa Mehta's WATER or Denis Villeneuve's INCENDIES scarcely understand their own dilemmas. Furthermore, since the films themselves don't move inexorably towards a resolution, an understanding is withheld from the audience as well.

Canadian cinema is a contemplative cinema, an inconclusive cinema. Although our animation and experimental traditions, nurtured by the NATIONAL FILM BOARD OF CANADA (NFB) stand somewhat to one side of these thematic generalizations, Canadian films reflect both our isolation and the uncertainties of the world.

There is frequently the sense of an inner, private journey as in some of our finest novels by Margaret ATWOOD, Marion ENGEL or Réjean DUCHARME. Films such as Shebib's GOIN' DOWN THE ROAD (1970), Gilles Groulx's LE CHAT DANS LE SAC, Paul Lynch's The Hard Part Begins (1974), Bruce McDonald's Highway 61, Jean-Claude Lauzon's UN ZOO LA NUIT (NIGHT ZOO), and The Sweet Hereafter, all depict a feeling of alienation - as if moving through a hostile or unknown land. The recurring narrative paradigm is the quest.

A common misconception about Canadian feature films is that they are obsessed with victims and losers and are sober examinations of the national search for identity. It is increasingly apparent that Canadian filmmakers are more interested in the vitality and nobility of the un-heroic rather than the inevitability of - or any national propensity for - victimization. Searches for identity in Canadian films are neither grim nor inherently Canadian.

A recurrent figure in many of the best Canadian films - not surprising in a country with such character-based scripts - is the naif. Mon oncle Antoine, Ted Kotcheff's THE APPRENTICESHIP OF DUDDY KRAVITZ and Lauzon's LÉOLO are merely some of a host of Canadian films that revolve around young and innocent characters who are brought to a new understanding of the cruel ways of the world. LES BONS DÉBARRAS (GOOD RIDDANCE) inverts the device: the child character is more cruel than her innocent and well-meaning mother. Cronenberg's CRASH, Arcand's THE DECLINE OF THE AMERICAN EMPIRE and Egoyan's EXOTICA, three films that project a worldly cynicism, reinforce the predominance of the naif in Canadian feature film. All three are contemporary urban stories whose central characters are restless and unsatisfied. In spite of their superficial sexual sophistication, these characters suffer because of a peculiar immaturity or naive blind spot. Like many of Canada's highly regarded films, these are also cinematic songs of innocence and experience.

Although not without its absurdities, especially in films that emanate from the hinterlands of the production system - Michael Jones's The Adventure of Faustus Bidgood and Mary Walsh's Young Triffie from Newfoundland, Paul Donovan's Paint Cans from Nova Scotia, John Paizs's Crime Wave from Manitoba, and Chris Windsor's The Big Meat Eater and John Pozer's The Grocer's Wife from BC - Canadian cinema is a serious cinema. Perhaps making films in this country has been too difficult for filmmakers casually to be funny. Perhaps all the government funding agencies implicitly discourage a satirical cast of mind. Certainly in English Canada, when Canadians work in comedy, they generally work in radio or television (The King of Kensington, The Royal Canadian Air Farce, Made in Canada, Corner Gas, SCTV,This Hour Has 22 Minutes. With the exception of Ivan Reitman's MEATBALLS, Yves Simoneau's Perfectly Normal and Paul Gross's Men with Brooms, the most successful English-Canadian comedies have been drawn from television shows such as SCTV, The Red Green Show, KIDS IN THE HALL and TRAILER PARK BOYS.

Although the tenor is still reflective and the pace remains meticulous, Canadian films are changing; the cultural references are changing. The classic films of the 1960s and 1970s such as Don Owen's NOBODY WAVED GOODBYE, Pour la suite du monde, Goin' down the Road, Mon oncle Antoine, and Lefebvre's Le Vieux Pays où Rimbaud est mort, while distinctively Canadian, were very much pure laine. They supported the myth of two founding nations, Anglo-Celtic and Québécois (both abundantly male), somewhat to the exclusion of everyone else.

While under-represented well into the 1970s, there are now more successful working female filmmakers. The first English-Canadian dramatic feature directed by a woman was Sylvia Spring's Madelaine Is..., released in 1971; the first from a French-Canadian filmmaker was Mireille Dansereau's LA VIE RÊVEÉ, released in 1972. The NFB opened its Studio D in 1974; it was the first government-funded studio in the world dedicated to women filmmakers. Although the emphasis was on documentary (the studio closed in 1996), it fostered the development of such talents as Terre Nash, Beverley Shaffer, Anne-Claire Poirier and Cynthia Scott. In the private sector, the films of Anne WHEELER, Deepa Mehta, Micheline LANCTÔT, Patricia Rozema, Léa POOL, Denise Filiatrault and Paule Baillargeon frequently deal with displacement and cultural exile

In Quebec there have been references to First Nations issues, from Gilles Carle's angry Red to Arthur Lamothe's Le Silence des fusils and his most ambitious work, a 13-part chronicle of the Montagnais of Northern Quebec - Carcajou et le péril blanc (1971-76) and La Terre de l'homme (1973-78) - produced for Quebec television. In English Canada, First Nations references have been largely confined to television, with made-for-TV movies such as Where the Spirit Lives, Medicine River and the series North of 60, The Rez and Arctic Air. However, dramatic features such as Black Robe, Clearcut and Dance Me Outside attest to a strong First Nations presence in our national cinema, and the Inuit-language Atanarjuat (The Fast Runner) was a major breakthrough in our understanding of Inuit culture.

Finally, perhaps surprisingly, we have more and more distinguished examples of a homosexual cinema. Latent from the outset in early films such as Jutra's À TOUT PRENDRE and David Secter's Winter Kept Us Warm, becoming more suggestive, if unconsciously, in Goin' Down the Road and La Vie revée, this theme became explicit in the 1970s with Frank Vitale's Montreal Main and Richard Benner's Outrageous!. Canada's homosexual cinema has continued to develop, supremely through VIDEO ART, but also through theatrical features like Jean Beaudin's Being At Home With Claude, Jeremy Podeswa's Eclipse and collectively the films of Patricia Rozema and Léa Pool. It has culminated internationally with the critical and commercial success of Patricia Rozema's When Night is Falling, John Greyson's ZERO PATIENCE and LILIES, Thom Fitzgerald'sTHE HANGING GARDEN and Xavier Dolan's J'ai tué ma mère.

Cultural theorists might want to speculate on the ultimate significance of Canada's Queer cinema. Whatever the nature of this speculation, however, these changes in cultural reference all reflect the varied demography of Canada, its racial and sexual tolerance (whatever the problems), the funding priorities of the agencies (all recently curtailed) and the many diversified outlets for minority cinema represented by international film festivals, subsequent DVD and television sales and the emerging digital-download market.

Although Canadian cinema is mainly financed by both federal and provincial tax subsidies (through Telefilm Canada and its provincial equivalents), the films themselves resist bureaucratic or moralistic interference. Lauzon's Léolo with its frank depiction of bathroom perversities, Egoyan's The Sweet Hereafter and Exotica with their themes of incest, Cronenberg's Crash with its sado-masochistic rituals, and Lynne Stopkewich's Kissed with its sympathetic treatment of necrophilia, all indicate that Canadian filmmakers can be both risqué and risk-taking.

Individual filmmakers continue to emerge in spite of funding policies that increasingly favour industrial over cultural priorities, virtually eliminating all culturally specific dramas from television in recent years. New voices have appeared from the West, far more satirical than Canadian films in the past. In ways hitherto unimaginable, both Alberta's Gary Burns's waydowntown and BC's Bruce Sweeney's Last Wedding mock the urban aspirations of a new yuppie class. And if Québécois films have relinquished their earlier political edge, sometimes even their French language, both Villeneuve's MAELSTRÖM (2000) and Manon Briand's La Turbulence des fluids , while remaining quests of self-discovery, display imaginative transformations and elements of fantasy that would have been less possible in the past.

For a feature film industry that only began to grow in the mid 1960s, Canada has come a long way. Without a national star system and its attendant glamour, or genre paradigms of national consequence, or elaborate special effects departments and the fantasy or brutality they feature, and without a coast-to-coast distribution or promotional system to facilitate country-wide exposure, Canadian filmmakers have still managed to make films that find and affect audiences. These audiences continue to grow.

If Canadian cinema has always been a marginal cinema within its own borders - as are most national cinemas in comparison with the Hollywood entertainment machine - it has become an international cinema. By becoming more diversified, our margins are now of greater interest to other nations - especially in Europe. In spite of recent economic setbacks, Canadian cinema, in whichever language, from whatever culture, and in whatever mode, has never had such an assured and respected place in the world.