The Mormon Church was founded in 1830 in upstate New York. The Church of Jesus Christ of Latter-day Saints, by far the largest Mormon denomination, is the only one of significance in Canada. There are currently eight Mormon temples in Canada.

The Mormon Church was founded in 1830 in upstate New York. The Church of Jesus Christ of Latter-day Saints, by far the largest Mormon denomination, is the only one of significance in Canada. There are currently eight Mormon temples in Canada. 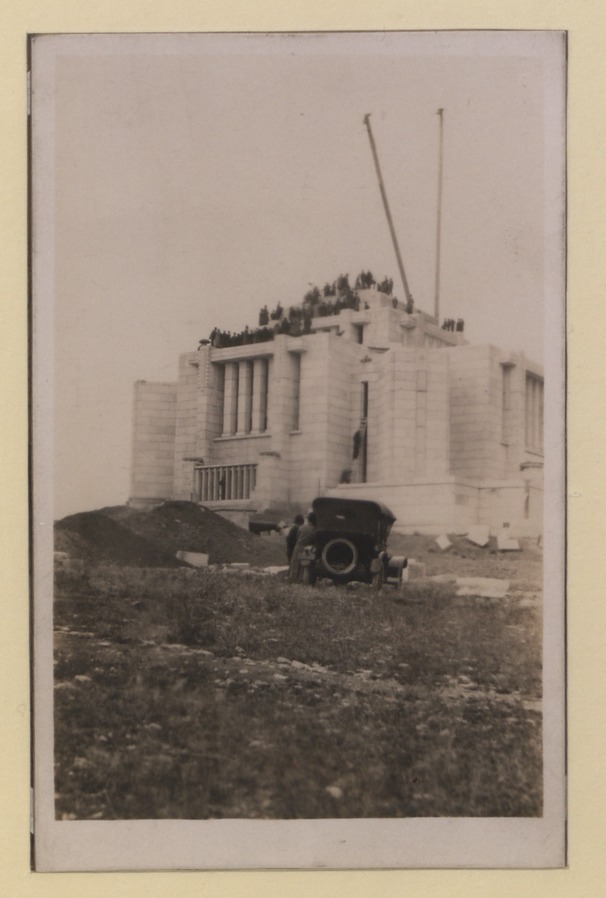 The Mormon Church was founded in 1830 in upstate New York. The Church of Jesus Christ of Latter-day Saints, by far the largest Mormon denomination, is the only one of significance in Canada. Its members regard it as the ancient church of Christ, destroyed through apostasy but restored by divine revelation. Unlike Catholics and Protestants, Latter-day Saints accord sacred value to a continuing record of revelations received through church leaders, as well as to the Bible; and they accept the Book of Mormon as the inspired translation of accounts concerning immigrant descendants of the House of Israel in the Western Hemisphere and of a visit to their descendants by the resurrected Christ shortly before his ascension.

Mormons believe that God married Adam and Eve in the Garden of Eden. Therefore, they focus their beliefs and practices on the family. They maintain that men who live righteously as family heads will become gods, like their Father in Heaven. So that the generations may be together in eternity, Mormons perform sacred temple rituals for the living and the dead. As a resource for these rituals, they have compiled an immense collection of genealogical records. Mormons reject the idea of original sin, and see a positive side to the transgression which led to Adam and Eve's expulsion from the Garden of Eden. That transgression, they believe, enables mankind to be tested in morality, with the hope of returning to God's presence at the resurrection.

The original Mormon religious community grew rapidly and soon moved westward. After the 1844 assassination of founder Joseph Smith, Jr, its main body was forced by religious persecution to make an arduous journey from Illinois to Utah under Brigham Young. In Utah, the Mormon doctrine of polygyny (when a man has more than one wife) brought them into conflict with American authorities until the practice was officially abandoned in 1890.

From its earliest years the LDS Church had sought converts in British North America. Smith undertook his only foreign missionary work in Upper Canada, and Young was among the first missionaries to go there. Most Canadian converts journeyed south and west to join other Mormons in Illinois, and then in Utah. By the 1880s, church leaders had come to see the Canadian West as suitable for colonization and as a refuge, at least for fugitive polygynists. In 1887, the first Mormon settlers, led by Charles Ora Card, arrived in the North-West Territories and established Cardston, in what is now Alberta. After polygyny ceased to be an issue, the LDS Church sent other immigrants to southern Alberta. They developed the region's first major irrigation system and established the sugar beet industry there. By 1910, when Mormon immigration to Canada had almost ceased, Latter-day Saints formed a majority of the rural population south and southwest of Lethbridge. While the greater number of Canada's Mormons reside in large urban centers, Cardston, Alberta, retains its significance as the site of Canada's first Mormon temple. There are now eight temples in Canada: in Cardstone, Calgary, Edmonton, Halifax, Montreal, Regina, Toronto and Vancouver. A ninth temple (in Winnipeg) is under construction. According to membership statistics by the Church of Jesus Christ of Latter-day Saints, there are nearly 200,000 Mormons in Canada.